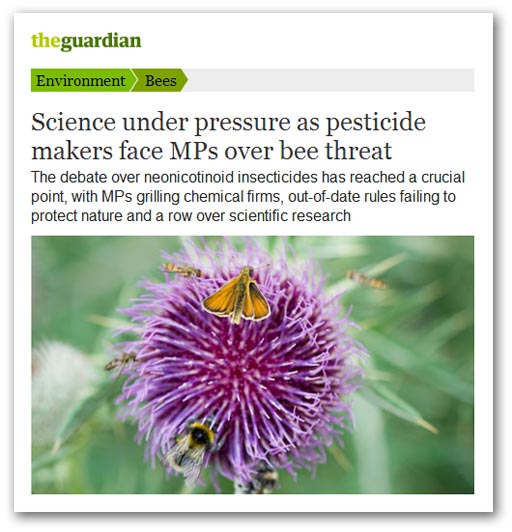 Protagonists in the Article 50 "debate" – and one in particular – airily suggest that, in declaring UDI overnight, we can tear up all the EU "rules and regulations". Then, presumably, we all march forward to the deregulated sunlit uplands where our newly resurgent industries can bask in their unaccustomed freedom, thus heralding a new era of unencumbered prosperity.

In the real world, however, things are not quite so simple. To take just fishing, having conducted with Owen Paterson our own exercise in formulating a replacement fishing policy, it took two years of almost continuous labour to produce a draft consultation document, setting out the basic principles which needed to be considered in a new policy.

On the basis of this experience, we conservatively estimate that it would take at least five years to work up a policy to replace the Common Fisheries Policy, and another five years fully to implement it.

Similarly, there are thousands of technical areas of regulation which need addressing, where you cannot simply tear up the existing regulations. What would be done about medical devices, for instance? Would it be safe to remove regulation here, so that there are no statutory requirements for things like heart valves?

What about emission standards from factory chimneys ... not CO2 but particulates, NO and SO2? Could that be left unregulated? What about waste policy? What about water policy, and energy policy? And then, what about pesticides? How would you deal with those?

In this latter context, we really do have the real world bursting in on us. According to the loss-making Guardian, one in particular is causing serious problems, the so-called neonicotinoid group.

So problematic has the use of this group become, and in particular the alleged effect on the bee population, that the debate - or so we are told - "has reached a crucial point". Today, MPs are grilling chemical firms over "accusations of secrecy and out-of-date rules that are failing to protect nature", while rows proliferate over the inadequacy of scientific research.

What makes this particularly relevant is that the regulation in this field is an exclusive EU competence, with the basic rules set out in Regulation (EC) 1107/2009, which replaced Directive 91/414/EEC on 14 June 2011. We are not masters in our own house on this issue, and have to rely on the regulatory model imposed by the European Union.

Here, there are serious flaws the very nature of the regulation, which relies on what is known as the "predictive model", by which potential manufacturers have to attest, via a series of agreed tests, to the safety and efficacy and the lack of adverse environmental impact of the product, before it is given what is known as a "marketing authorisation", permitting products to be used in specified manners for defined applications.

This is fine in theory, but in practice it is impossible to achieve. By no means is it possible to determine in advance the safety, etc, of a product. Tests, therefore, are something of a ritual, designed to give the appearance of there having been a comprehensive assessment, without there actually having been one.

Leading the Parliamentary inquiry into neonicotinoids is Joan Walley, and this leads her to complain that, "The government claims it is adopting a precautionary approach to protect bees and other pollinators, while at the same time demanding 'unequivocal' evidence before taking action".

She is thus committed to exploring "this contradiction", because, she asserts, "up until now ministers appeared to have taken the pesticide companies' word for it that their products are not that bad for bees".

The problem for the government is that, once a product has been authorised for sale under EU rules, it has no choice but to allow the product to be used, unless there is indeed "unequivocal evidence" of it causing harm, and in particular that it has been shown to have "unacceptable" effects on non-target species.

It is in that one word "unacceptable" that the debate lies, for to prove the difference between random and limited side-effects, of little overall importance, and a major defect in the product group, requires extensive, time-consuming and expensive scientific studies.

The responsibility for dealing with this, and monitoring generally the use of products is the Pesticides Safety Directive, and it has neither budget nor interest in carrying out, as a matter of routine, studies which will challenge market authorisations. And without such studies, withdrawal of an authorisation could expose the Government to the risk of massive damages, as manufacturers sue for compensation over loss of sales.

The EU system in force, therefore, actually militates against safety and other parameters, and would be better replaced by a more open system which relies on common law "duty of care", with no government involvement in the certification process.

The best role for government is in post-release surveillance, enforcing removal of products from use where adverse effects are found. Funding should come from a levy on all pesticides, with the money being spent on surveillance rather than on monitoring and administering inadequate pre-release tests.

On this, however, there can be no debate. As long as we are locked into the EU, Government is not even allowed to consider more effective regulatory models, and is forced into the uncomfortable position of having to defend the indefensible, or face a massive compensation bill.

Even then, there is a difference in approach between countries, with France taking a more proactive stance having banned at least one widely used neonicotinoid pesticide. France, however, must now wait for EU intervention, and it is ultimately the European Commission which will decide whether the ban is "legal".

In the UK, we take a more timorous approach, the policy being never to move without the Commission holding our hand. Our officials have lost their ability to think independently, and slavishly follow the rules.

Outside the EU, of course, there is no certainty that things would be better, But they certainly could be no worse.