Asylum seekers: pull down the fences? 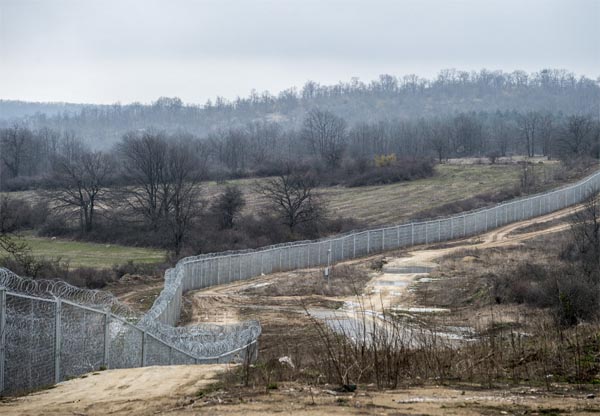 There are land-routes, direct and indirect, from Africa and the Middle East to EU Member State territory. The most convenient for African migrants are into the two Spanish-owned city enclaves, sharing borders with Morocco. One is Melilla located on the north coast of Africa, with an area of less than five square miles, and the other is Ceuta, a seven square mile enclave located opposite Gibraltar.

Entry from Morocco had always been restricted but attempts to prevent migration took on a new form in the early 1990s when the cities started constructing border fences - Ceuta in 1993 and Melilla in 1996. They now comprise parallel 4m wire fences, topped with razor wire with a tarmac strip running between patrolled by the Guardia Civil, all monitored by video cameras, infrared and acoustic sensors, and helicopters.

An alternative route is via Turkey and then across the border to Greece. In mid-August 2012, however, to stem the flow of migrants, the Greek government deployed more than 1,800 additional police officers in Operation Aspida (Shield).

The government also commissioned the construction of four-metre-high barbed-wire fence, the works costing more than Ć3 million. By the end of October, less than ten migrants a week were making it across the border. Overall, crossings dropped from 15,877 in the first five months of 2012 to 336 in the same period in 2013.

Predictably, migrant focus shifted to the next (and last) land route, via Bulgaria. Sharing a land border with Turkey, in 2013, this country experienced a significant rise in asylum applications, from 1,387 in 2012 to 7,144 in 2013, peaking in the second half of the year, the vast majority were fleeing the conflict in Syria.

The Bulgarian response was to devise a "containment plan", deploying 1,500 additional police to patrol the border. This was followed by the construction of a security fence on a 20-mile stretch of the country's 170-mile border, run mainly through forested, hilly areas where visibility for border patrols was limited.

Noting the irony, on 5 April, the New York Times published a photograph of the new "wall" (top), contrasting it with a picture of the decaying (and far more modest) Cold War construction (below). "Bulgaria Puts Up a New Wall, but This One Keeps People Out", it headlined. 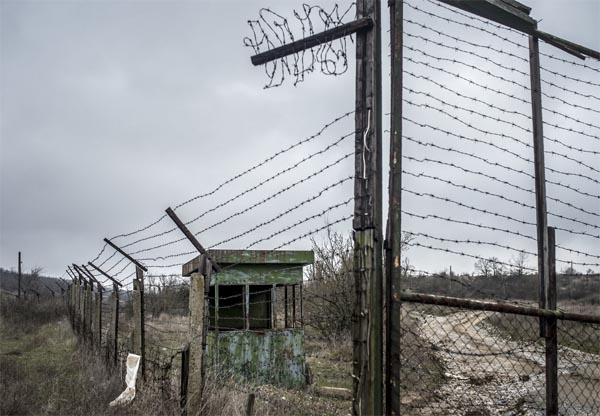 And, in the wave of gushing emotion being churned out by the British (and other) media, this is the point that is being missed. Given a choice, asylum seekers would be taking the easiest and safest routes into the territory of EU Member States.

The reason they do not is because these routes have been closed down, respectively by the Spanish, Greek and Bulgarian governments, with the acquiescence of the EU and the assistance, in the case of Greece and Bulgaria, of its Frontex border agency.

Driven to seek the sanctuary of Europe - and taking up the EU's invitation to seek asylum ¢ desperate would-be migrants have taken to the boats. They do so because, if they want to get into the territory of EU Member States, they have no option.

It is then totally illogical for the EU then to propose to extend the rescue operations in the Mediterranean, and for others to demand that the UK joins them, while the prime minister makes pledges he can't keep. For all that, the solution is simple. If we want to stop the drowning, we have to insist that the fences are taken down. The migrants should then be allowed in on foot, by bus or by train.

But, of course, there is the hypocrisy of it all. We do not want these people in the EU, so we allow the barriers to be erected, and (collectively) we make it more and more difficult and dangerous for the migrants to reach their destinations ¢ all in the hope that they will be dissuaded from coming. And when they keep coming, and numbers drown in the process, the media weeps crocodile tears and demands action.

On the other hand, we get the Australian prime minister, Tony Abbott, telling us that the only way to stop the drowning is to stop the boats coming ¢ and to offshore the asylum-seeker processing ¢ as his country has done. However, Tony Abbott, the Australian politician, doesn't understand that EU Member States can't follow suit as long as the Charter of Fundamental Rights is part of the Lisbon Treaty.

Between the fences and the Lisbon Treaty, EU Member States are as trapped as the migrants who travel the dangerous routes to their territories. And so they have to go through the charade of caring about the people they have put in harm's way, and giving the unwanted survivors a free pass into their territories, expending millions on avoidable rescue operations in the process.

Thus we find ourselves having to do things we don't want to do, for absolutely no good reason, to achieve an unwanted outcome, with no ability to change things. As Booker noted, this has to be the ultimate failure of policy.