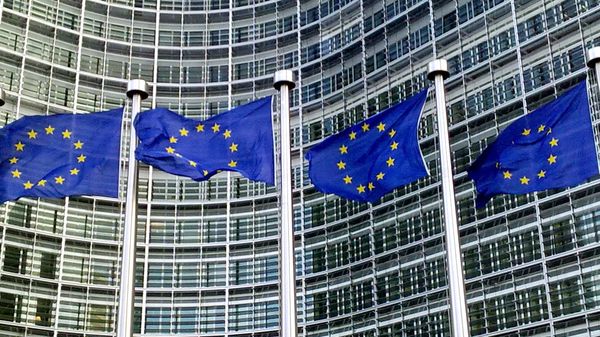 I think one is entitled to a small amount of irritation at Daniel Hannan's attempts to muddy the water over the Norway option, not least in his inability, after all these years, to understand how the quantum of EU legislation is recorded.

Relying on work published on his own political group website - but never the more detailed work published in Flexcit - Mr Hannan tells us that Norway applies only nine percent of EU regulations and directives, thereby seeking to contradict the claim from the likes of Nick Clegg, Open Europe and the BBC, that "three quarters of Norway’s laws" come from Brussels.

That claim, Mr Hannan says, is "a lie", referring to data published by EUR lex and the EFTA Secretariat. They show, he asserts, that Norway actually adopted only 9.05 percent of EU directives and regulations between 2000 and 2013.

This is on the basis that Norway had to adopt 4,724 EU legal acts in that period, compared with about 52,183 directives and regulations that the UK and other EU states had to adopt over the same period.

The problem with Mr Hannan's comparison, though - if not exactly a lie – is that it is highly misleading. Numerically, the number of legal acts adopted in any one year are of no importance whatsoever. The figure can include directives running to nearly a thousand pages or one-page decisions, or a three-line amendment to a regulation.

What matters when comparing Norway (and the EEA in general) and the rest of the EU, is not the ebb and flow of regulation - the enactments and repeals, but the legislation actually in force at any one time. For that, one draws on a different website. That gives us 22,321 acts – directives, regulations and decisions -  currently in force, up from 20,868 when I checked in December 2013.

At that time, the number of EU acts adopted by Norway and still in force stood at 5,758. That figure is arrived at by discounting those which have become void, or have been replaced. As a proportion of the total acquis,  that makes for about 28 percent that Norway has had to adopt, and a much more accurate (and stable) figure than Hannan has to offer.

Why this figure should be used in preference to the figure for gross adoptions can easily be seen from Hannan's earlier efforts. In 2005, he had carried out exactly the same type of exercise that I have conducted, recording 3,000 acts adopted by Norway with 18,000 applying to the UK and the rest of the EU. That delivered a proportion of about 17 percent, nearly twice the figure that is currently being claimed.

Comparing like with like - legislation in force - the current proportion of legislation adopted by EEA countries, and still in force, has increased quite markedly, up from 17 to 28 percent. However, it is still a fraction of the total and only about a third of the amount the likes of Nick Clegg, Open Europe and the BBC claim.

As far as Hannan is concerned, that means that Norway "unquestionably has a better deal than Britain", when it comes to EU membership, although this man isn't about to change his mind about the merits of the Norway option. For nearly a decade, he has been arguing that Switzerland offers a better deal than either membership of the EU or the Norway option, and is "the preferred option of most British Eurosceptics".

Wearily, that is where Mr Hannan is stuck, in a decade-long groove that has not advanced an iota - even down to his arrogance in claiming to represent "most British Eurosceptics".

Of all the issues, though, the one that has progressed least is the question of regulation. Mr Hannan believes that having to deal with less regulation (the nine percent that he asserts) is better than the situation we encounter within the EU. But what he and others don't seem to realise is that there can be no difference in the amount of regulation we apply, in or out of the EU - in the short term, at least.

This was the point made by Owen Paterson in his speech, one that stems directly from his experience as Environment Secretary. We simply can't run down legislation on spec, without knowing what we are doing, and without having replacements to take over where necessary.

Mr Hannan, of course, hasn't been a Secretary of State, so he wouldn't necessarily understand this. But the fact is that, until we know exactly what can be dispensed with – a process which will take considerable analysis and time – we will have to take on the entire legislative acquis.

Rather than adopting the Norway option, therefore, were are actually looking at an EEA+ option, making the day after we leave the EU the same as the day before. And on that basis, we take on the europhiles who insist on pretending that leaving the EU requires leaving the Single Market. We cannot emphasise enough that participation in the Single Market is not dependent on EU membership.

Strangely though, if we actually want to ensure full compliance with global regulation, such as the Basel III accord, we are better off out of the EU, where compliance is better in some other countries.

This emerged last week when the Basel Committee on Banking Supervision published its reports on the compliance of rules adopted last year in the EU and the US with its global accord on banking regulation, adopted in 2010 and known as Basel III.

As was to be expected, the Basel Committee found the EU "materially non-compliant" with Basel III, while the US was found "largely compliant" and all other jurisdictions reviewed so far were found "compliant". The EU, which often claims leadership on championing global financial standards, thus finds itself the global laggard on this key plank of the financial regulatory agenda.

This is the other aspect the likes of Hannan ignore – the increasing grip of international rules, which are progressively rendering the EU a downstream standards-maker, processing rules originated elsewhere rather than originating them.

All of these issues make for a very different debate than the one that became fossilised in Mr Hannan's brain so many years ago. If we are to get anywhere, we need to stretch that debate – it doesn't belong to Mr Hannan, or Mr Farage for that matter. We need to make it work for us.