Scotland: no mandate for change 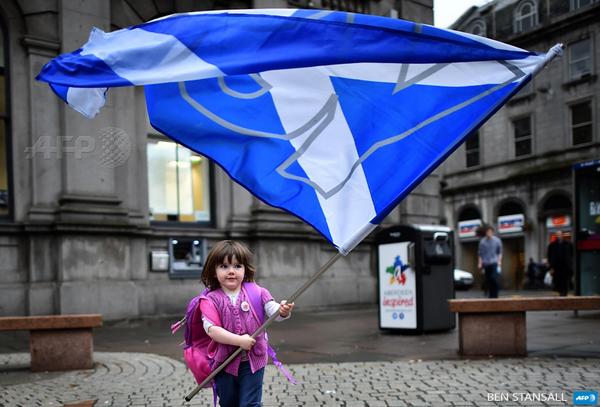 One interesting thing about yesterday's referendum is that it stems directly from the Scottish "pre-legislative" devolution referendum of 11 September 1997, when 1,775,045 Scots voted for their own parliament, representing 74.29 percent of the votes cast (as against 614,400, or 25.71 percent who voted against).

The trigger for the current referendum was, of course, David Cameron, who became prime minister in 2010 on the back of a 36.1 percent Conservative vote, on a turnout of 65.1 percent, giving him a mandate of 23.5 percent.

In the Scottish Parliament election, though, the turnout was a mere 50 percent, and Mr Salmond with his SNP, the driver of yesterday's referendum, snuck in on a list vote of 44 percent, picking up a mandate of 22 percent.

Two men, therefore, carrying the support respectively of 23.5 and 22 percent of their electorates, have brought us to the pass, where the entire UK is under threat – giving more powers to a Scottish Parliament that only ever got 45 percent of the electorate to bring it into being.

Whatever the outcome, therefore – and the latest opinion poll we have is from YouGov which has the "yes" side on 46 percent and the "noes" at 54 percent – this is a minority, on a minority on top of a minority. A celebration of democracy this isn't – and that is without the huge anomalies on who was and wasn't allowed to vote.

In my mind, there should never have been a vote, and if the collective politicians had really been interested in democracy, they would have been focusing on giving people real power.

The thing is here that people are quite used to talking about the "demos" when it comes to democracy, but there are two parts to the word. The other half is kratos - power.

And if then – as we expect, there is a "no", there is no mandate for giving Scottish politicians a compensation prize and more of our money. They don't have a mandate anyway, so they have no greater claim to our money than they ever did.

The sad thing, though, is that for all the prattle on democracy, real democracy took a back seat yesterday, as it always does. Even the near 90 percent turnout makes no difference. Democracy was not on offer - something that may have occurred to the Glaswegians, who only managed a turnout in the order of 75 percent.

And, of course, nothing has changed. With 55.3 percent to the "noes" and 44.7 percent "yes" on an 84.6 percent turnout, the result was never in doubt. The status quo held and the Scots decided not to shuffle the pieces across the board - not this time, not yet. And now the fun really starts.

At least, though, Barroso is a happy bunny. The Scotland vote is "good for stronger Europe", he says. "Vote 'no' for Europe!", as he might have said.  Next time, I'll be happy to oblige.

Perhaps the most telling statistics of the night come from Salmond's own constituency of Aberdeenshire. Even there, he was convincingly defeated, with 108,606 votes backing the "no" campaign (60.4 percent), compared to 71,337 voting "yes" (39.6 percent). This was on an 87.2 percent turnout, which means that only one in three of Alex Salmond's own constituents (34.5 percent) voted for independence.

Speaking to Belgium's VRT radio, he confided that he had feared a "yes" vote, saying: "If it had happened in Scotland, I think it would have been a political landslide on the scale of the break-up of the Soviet Union", adding: "It would have been cataclysmic for Europe. That was what I feared".

"A Europe driven by self-determination of peoples ... is ungovernable because you'd have dozens of entities but areas of policy for which you need unanimity or a very large majority ... Moreover it's about countries, or parts of former countries, that would behave in a very nationalistic way".