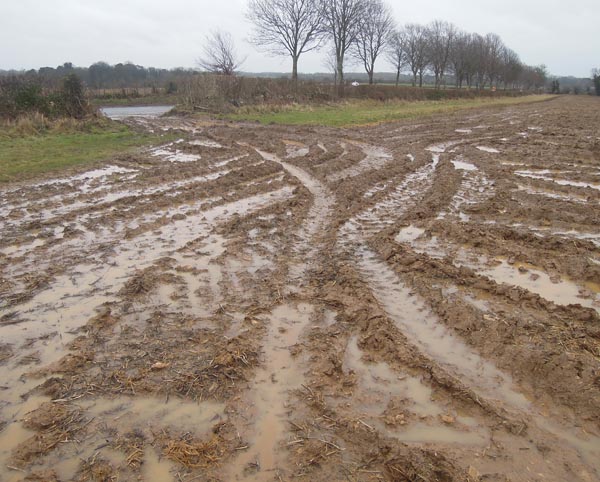 Before we carry on from Part II, it is helpful to note that I have been able to upload the paper on which Mr Monbiot relies in his dissertation. It is available here: "Soil structural degradation in SW England and its impact on surface-water runoff generation".
To start off Part III, we need to remind ourselves of Mr Monbiot's general thesis, that fields left bare over winter after harvesting maize, aided and abetted by government policies, are (partly) responsible for the floods we have been experiencing over the last months.

We've yet to look at these "government policies", and we'll save that evaluation for Part IV. In this part, we'll have a look at the hydrology that lies behind Mr Monbiot's claims that bare fields (with enhanced surface run-off) cause floods. Intuitively, that might seem obvious. But, on the other hand, the evidence suggests otherwise, and we'll explore some of that evidence.

If Mr Monbiot is going to indulge in some Janet and John hydrology, however Â– and he also does so in an earlier piece called "Drowing in money" and then in another on dredging, we should perhaps refer to the textbooks.
None come better recommended than Land Drainage and Flood Protection by Bernard Alfred Etcheverry, published in 1931. This doyen of water engineers has some interesting observations on the relative importance of surface run-off and water which percolates into the soil and, as one might expect, nothing is cut and dried, so to speak.

In certain circumstances, surface run-off, entering ditches, streams, watercourses and then rivers, discharges harmlessly to the sea, without affecting the locality though which it passes Â– provided the drainage system is capable of coping with the volume.

On the other hand, water on a hillside which percolates into the soil may then gravitate through the subsoil and then horizontally to the flood plain where in might raise the water table and thereby reduce the absorption of the soil, thus precipitating floods when heavy rain falls which is unable to drain into the soil.

In other words, there is no hard and fast rule. In some cases, surface run-off can be a problem but, in other instances, it can be better to take the water away via surface drains, to prevent the soil becoming waterlogged. It all depends on the precise situation.

As to the precise effect of surface run-off, we can return to the "soil structural degradation" paper, which Mr Monbiot has used to his own advantage. There, we a reference to O'Connell et al, (2004), which asks, "is there a link between agricultural land use management and flooding?" 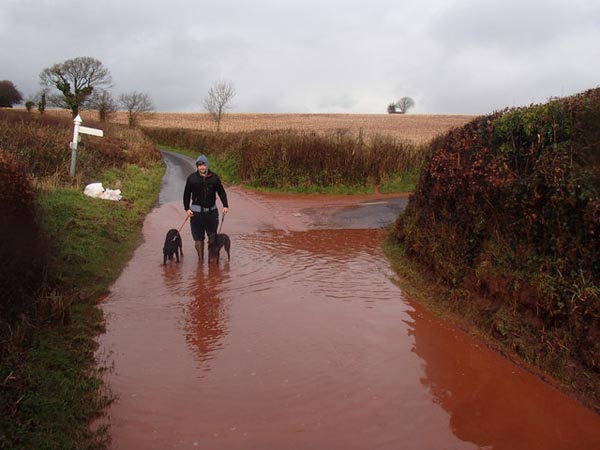 The answer on offer is that there is "substantial evidence" that changes in land use and land use management practices affect surface water run-off generation at a local scale. These are what are known as "muddy floods", which can be very visible after short bursts of intensive rainfall.
Also called in aid, though, is Archer et al 2010, where it is suggested that there is a link between land use and floods at catchment scale. However, on this the authors are diffident, making only the most tenuous of connections, and then when considering normal rainfall patterns.

But, when it comes to extreme events, of the scale we have experienced recently, we see expressed the view that changing land management practices, such as planting, may not "provide significant observable benefits in terms of reducing the peak flows of extreme floods". In extreme weather events, the paper finds, "very rapid rates of change of flow occur Â… irrespective of land use".

This we find endorsed by no less than an FAO study, which concluded:

Contrary to popular belief, forests have only a limited influence on major downstream flooding, especially large-scale events. It is correct that on a local scale forests and forest soils are capable of reducing runoff, generally as the result of enhanced in filtration and storage capacities. But this holds true only for small-scale rainfall events, which are not responsible for severe flooding in downstream areas. During a major rainfall event (like those that result in massive flooding), especially after prolonged periods of preceding rainfall, the forest soil becomes saturated and water no longer filters into the soil but instead runs off along the soil surface".

Thus, within the paper that Mr Monbiot cites, and endorsed elsewhere, is the evidence that his thesis is not just challenged, but plain wrong.

In extreme events, the ground becomes saturated even when there is cover. And once that happens, the run-off to the flood plain is the same as from bare ground. In persistent winter rains, the higher the rainfall, the less the observable effect there is from changes in land use.

In his earlier piece, where he argues strongly for tree planting as a means of reducing floods, Mr Monbiot himself relies on a 2013 research paper, entitled: "The impact of rural land management changes on soil hydraulic properties and runoff processes: results from experimental plots in upland UK".

However, having carried out experimental tree planting, to replace grazed pasture, it found exactly the same thing. The results illustrated, "the potential use of upland land management for ameliorating local-scale flood generation". Not by any measure could these results be transferable to the conditions on the Somerset Levels, or to the Thames Valley. 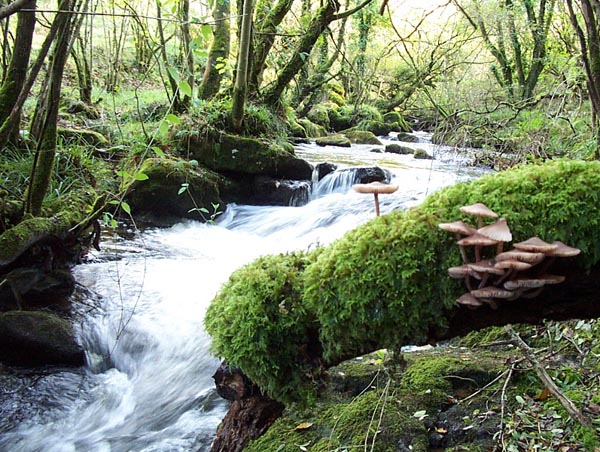 A longer report used by Mr Monbiot is also unhelpful to his cause. It merely calls for more time to assess the true impact of catchment-scale effects. The bucolic uplands stream, rushing through wooded glades, presents a fine picture, but there is no evidence that this contributes to the management of large-scale floods.

Even an Environment Agency report cited by Mr Monbiot, merely notes that the impacts of working with natural processes at a catchment scale "cannot currently be distinguished (especially during extreme precipitation events) ". All it could manage was the assertion that, "evidence is emerging that land-use change may have an impact in smaller catchments (i.e. potentially up to 10km2).

Then, in January 2008 there was a report for the Environment Agency by the Halcrow Group. It was part of the "Delivery of Making Space for Water" programme, specifically addressed to catchment scale land-use management.

Flatly contradicting the Monbiot thesis, a study of the Parrett Catchment was "not able to identify a clear relationship between land use/management changes and flood risk". Instead, in the catchment, "hydraulic structures" Â– i.e., ditches and rivers - "were generally shown to be more effective in reducing flood risk than crop management at the catchment scale in a typical flooding season".

This is not then a case of a misunderstanding or ambiguity. Multiple references and as many papers as you care to consult, all attest to the same thing. Mr Monbiot is wrong. He is misrepresenting the situation and misleading his readers.