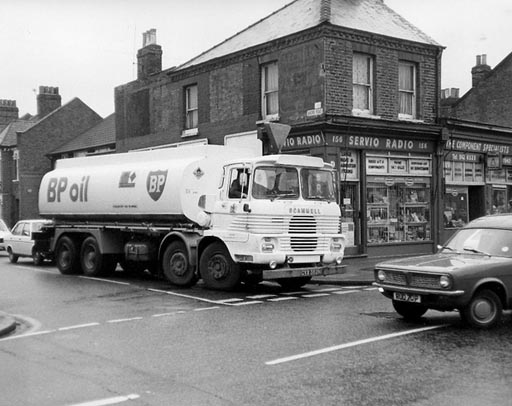 "Laws are like sausages, it is better not to see them being made", said Bismark. And he was right, but only after a fashion. It is now no longer possible to observe our laws being made and the process has got to the stage where it is beyond human comprehension. Take, for instance, the classification, packaging and labelling of dangerous substances.

Although these issues are currently controlled by EU law, specifically Regulation (EC) No 1272/2008, there is much more to the law than meets the eye.
For a start, one should note that UK was actually one of the first in the field, as this website helpfully shows: we go back to the Petroleum Act of 1879 and the Petroleum (Consolidation Act) of 1928. The latter remained (with subsidiary regulations) the major legislative control on the transport of all dangerous substances until the 1980s.

By then, EU had got into its stride and the issue had long been an EU "competence". The original law from that source was Council Directive 67/548/EEC, which was modified several times up to and including Commission Directive 86/431/EEC.

In 1978, however, there had been an appalling tanker disaster in Alcanar, near Tarragona, in Spain. A tanker truck loaded with 23 tons of highly flammable liquefied propylene had blown up, killing 217 people (including the driver). Some 200 more had been severely burned.

This triggered a period of legislative hyperactivity and by the early '90s, there had been so many amendments that some tidying up was badly needed. The European Commission thus proposed consolidating law in 1993, and again in 1994, but the proposal was withdrawn on 9 January 2004 when it had become obsolete.

The reason for this is that global governance had taken over. In 1992 the lawmaking responsibility had been transferred to the United Nations Conference on Environment and Development (UNCED). It was coordinated and managed under the auspices of the Inter-Organisation Programme for the Sound Management of Chemicals (IOMC) Coordinating Group for the Harmonisation of Chemical Classification Systems (CG/HCCS).

However, once work got underway, The Global Environment Facility, the United Nations Development Programme (UNDP) and the World Bank joined the IOMC participating organisations. They joined with the International Forum on Chemical Safety (IFCS) in a steering committee established to oversee what eventually became known as the Strategic Approach to International Chemical Management (SAICM).

To ensure the process ran on track, the technical focal points for completing the work were handed to the ILO, the OECD and the United Nations Economic Social Council's Sub-Committee of Experts on the Transport of Dangerous Goods (UNSCETDG). Once completed in 2001, the work was transmitted by the IOMC to the new United Nations Economic and Social Council's Sub-Committee of Experts on the Globally Harmonised System of Classification and Labelling of Chemicals (UNSCEG/GHS).

As an aside, it should be noted that the SAICM transcends the GHS. It builds on Chapter 19 of Agenda 21, the ILO Conventions No. 170 on Safety in the Use of Chemicals at Work and No. 174 on the Prevention of Major Industrial Accidents and the Basel Convention on the Control of Transboundary Movements of Hazardous Wastes and Their Disposal, as well as addressing particularly hazardous chemicals through the recent entry into force of the Rotterdam Convention on the Prior Informed Consent Procedure for Certain Hazardous Chemicals and Pesticides in International Trade and the Stockholm Convention on Persistent Organic Pollutants.

Throughout the development of GHS (and then SAICM), UNEP and WHO took lead roles in the secretariat in their respective areas of expertise. The Transport Division of the UNECE provided secretariat services.

Two key figures in the SAICM process were H E Mariano Arana, President of the International Conference on Chemicals Management, and H E Viveka Bohn, President of the Preparatory Committee for the Development of a Strategic Approach to International Chemicals Management. Their day jobs were, respectively, Minister of Housing, Territorial Planning and Environment of Uruguay and Environment Ambassador for Sweden.

With the assistance of people such as these, the first version of a Globally Harmonised System (GHS) was approved by the Committee of Experts in December 2002 and published in 2003. It was this plus revised editions published in 2005 and 3007 (and later) which now make up the definitive version of the global standard.
As we all know, GHS now forms the basis of Regulation (EC) No 1272/2008 of the European Parliament and of the Council of 16 December 2008. And, being a European Regulation, it takes direct effect, automatically passing into British law. It doesn't even need the agreement of the Westminster Parliament, or the input of any British MP or minister.

Once we leave the EU, though, we can wave goodbye to the New World Order, scrap all the horrid EU law and dust off the Petroleum Act of 1879 and the Petroleum (Consolidation Act) of 1928. Then, we can go back to Scammell tankers, Morris Marina vans and corner shops. All will be well with the world.