UKIP: no place for professionals 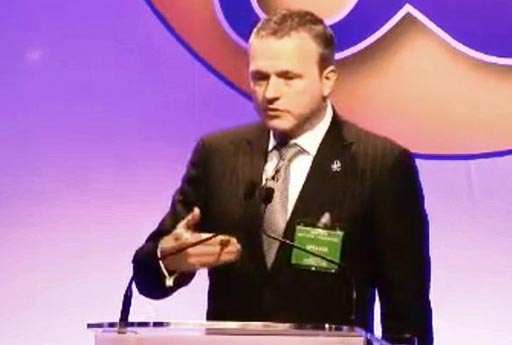 Just when you thought it was safe to go out again, The Boiling Frog develops the Article 50 theme in another post, pointing out something which should be uppermost in our minds when considering an exit strategy.

The brutal truth, he says, is that a unilateral abrogation of the EU treaties would precipitate a stock market crash which could have devastating consequences. And this would be by no means the only adverse consequence.

With this, the issues around Art 50 are now so clear that we should not at this stage be discussing whether it should be invoked. We should by now be working up our exit plans and debating how we address the possibility of a referendum campaign.

But, once again, there is little point in looking to UKIP for a lead. The party is internalising after having appointed a new chief executive last December, by the name of Will Gilpin (pictured above). Now, with the lapse of a mere eight months his "rolling contract" has not been renewed.

Gilpin, a former RAF Tornado F3 pilot and IT consultant, has a Cambridge MA in Computer Science and a BSc in Psychology. He made films and built websites, and was thus expected, in addition to being the administrative head of a fractious party, to help UKIP make better use of their web and data assets. He was also expected to be a major contributor to the party's marketing.

His initial departure has been much more smooth than the loss of the fiery Petrina Holdsworth in October 2005, in a drama which was said to typify UKIP's "self-destructive tendencies". The party "spin" has been that Gilpin departed amicably - although his very speedily amended personal profile omits any reference to UKIP by name, hinting at some rancour. Party sources say he is hoping to return to corporate IT which, for which they assert, "he is far better suited".

But Gilpin has now broken his silence, contradicting the "spin". He has declared that UKIP cannot become a professional political organisation that threatens the main parties because Nigel Farage refuses to give up power over it.

Farage's reluctance to accept professional management means UKIP will remain "a bunch of enthusiastic amateurs" who never fulfil their political potential, says Gilpin, going on to add that Farage and his inner circle resisted his efforts to improve the party's management and organisation.

Some party sources suggest that Gilpin found the interference from highly placed party figures "intolerable", and the name Godfrey Bloom has been prominent in speculation as to the real reason for Gilpin's premature departure.

Gilpin himself says that he found a chaotic and disorganised party built around Farage's personality and whims. "The thing I am most shocked by is that Nigel does his own thing without the party knowing where he is or what he is doing", he says. "Nigel is a great orator and a useful man for the party, but you have to use him in the scope of the wider organisation, rather than thinking 'It's all about Nigel'".

Mr Gilpin says he left the party because of Farage's refusal to implement his plans. "I left by mutual agreement in response to my dissatisfaction at the fact I was not being allowed to do the job I was hired to do, which was to professionalise the party", he says.
"The party has decided it likes things the way they are – so UKIP remains a bunch of enthusiastic amateurs having a good time, rather than the professional fighting team they could be", he says. "Individually, they have to skills to make that happen, but that means working together, and that is not really happening".

In 2015, Gilpin thinks Farage and his team will underperform. "They might still win some seats – but not as many as they would if they organised and structured themselves to make the most of what they have", he says.
Next year's euro-elections are also in the frame. There is speculation that Gilpin has been appalled by the evident "rigging" of the MEP selection process, said to be almost as corrupt as the Tory procedures.
Certainly, puzzlement is being expressed at how Farage scored 97 percent and Bloom 81 percent in the psychometric testing, while Dellers was washed out, alongside sitting MEP Mike Nattrass, who had managed to upset the leadership. And with Nattrass threateneing legal action, this could yet rebound on the party.

As regards Dellers, in shades of Kilroy-Silk, the thinking is that the Farage ego could not allow a media star into the fold, for fear of not being able to handle the challenge. Since supposedly independent consultants were involved in the testing, more than a few people are wondering what their parameters were and how they were applied, especially as candidates had to pay Ł800 to enter the selection process.

Meanwhile, Bloom is continuing his oafish behaviour with a gusto that only a confirmed place as lead candidate in Yorkshire can give him, alongside a feeling of invulnerability that being Farage's drinking partner gives him. How the UKIP vote in the euros will be affected is not known, but there is definitely room for an anti-Bloom candidate.

The worst of it though, is that this leaves us no further forward with Art 50. UKIP policy wonk Tim Aker is said to be in favour, but he does not have the standing in the Party to carry through changes opposed by Farage, especially with Gilpin having departed the field.

With Farage said to be planning a "leading role" for disgraced former Tory minister Neil Hamilton, Aker's lot is probably to be consigned to being Hamilton's assistant, leaving the party's exit plan in limbo. Amateur time looks to be set to stay.
Then as I found for myself and have continually maintained, as long as Farage is around, UKIP is no place for professionals. It is sad to have this so unequivocally confirmed but at least now Gilpin's views will give some of my critics pause for thought.  Much of what he is saying is only what I - and others - have been saying for years.
And although we have been vindicated, that does not solve UKIP's problems. The Farage fan club will be entirely unaffected by this development.  Their cult leader can do no wrong, do no wrong, do no worng...