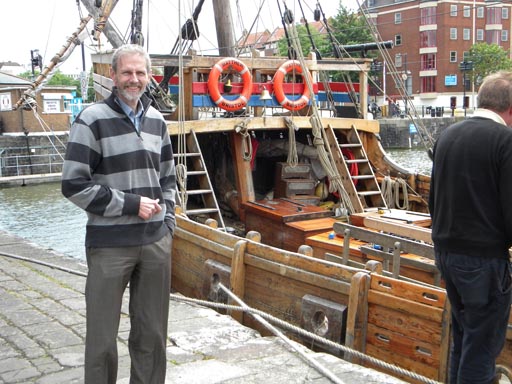 Some commentators, even in government, believe that the output from international bodies such Codex Alimentarius, and its sister organisations such as the OIE and the International Plant Protection Convention (IPPC), are simply guidelines, which can be accepted or rejected as the mood takes.

These three organisations, however, are a central element to the Sanitary and Phytosanitary (SPS) Agreement, itself a central part of the WTO structure Â– but how they inter-relate is crucial to understanding how our new global government works.

As Bjorn Knudtsen (pictured) told me when we met yesterday, the chain starts with the WTO, which is host to the international trade agreements, upon which modern trade relations are founded. However, contrary to popular perception, the WTO itself does not make detailed trading rules. Instead, it relies on organisations such as Codex to make them in their specific sectors.

Then, in the case of a trading dispute, where a country is erecting trade (non-tariff) barriers, the WTO explores whether there is an international standard or agreement which covers the issue. If there is, conformity with international standards is deemed sufficient to permit the relevant products to be traded. Refusal to admit conforming products is deemed to be a breach of the WTO agreement.

Thus, while there is no compulsion for individual countries to adopt international standards, they have become the "pass" which permits free trade. The pressure is on, therefore, for each country within the international community to adopt these standards into their own domestic law. Increasingly, throughout the world, this is what is happening. We are moving towards a standardised, global rule book.

Here, though, we are really dealing with the nuts and bolts of technical legislation, in a detail and at a level of tedium that would send ordinary mortals rushing for the exit.

No fine rhetoric or soaring vision can make anything dramatic of the "Proposed Draft Performance Criteria for Screening Methods for Marine Biotoxins in the Standard for Raw and Live Bivalve Molluscs", the "Draft Standard for Smoked Fish, Smoke-Flavoured Fish and Smoke-Dried Fish" or the "Draft Standard for Quick Frozen Scallop Adductor Muscle Meat". Yet such things are, to coin a phrase, the meat and drink of international trade.

As to the UK, in theory it is represented by the EU on most international standards bodies. This is certainly the case with Codex where, in the main committee, the member state currently holding the presidency Â– at the moment Ireland Â– formally negotiates on behalf of the 27 member states, and approves new standards. In this, they are "assisted" by Commission officials.

However, the process is much more subtle than this. While the main committee in plenary session is the body of record, the real work goes on in the sub-groups and the task forces. There, individual member states are well-represented and, interestingly, are not accorded any preferential treatment according to who they are or their membership of any particular bloc.

Thus, the powerful sit cheek-by-jowl with the minnows. Says Knudtsen, anyone who has a view and wants to be heard is given a hearing. But the most influential are those who have the expertise and understand the system. In that sense, he says, the UK has more influence on the seafood committee than Norway. Delegates are skilled in the procedures, are experienced in the workings of the committee and bring with them considerable expertise in a wide range of subjects. They are "very good diplomats", Knudtsen agrees.

This has startling implications for British membership of the EU, and any ambitions it might have to align itself with any other grouping, such as EFTA. The UK enjoys its influence by virtue of the capabilities it brings to the table, which earns it respect and prestige. If it maintained its performance, it would be treated the same, and have roughly the same reach, whether it was in the EU or not.

The point is that, in this "new world order", no single nation or bloc is going to get its way. The Europeans are balanced by the North Americans who are increasingly having to deal with the Cairns grouping and powerful Asian alliances. Getting standards through the system requires compromise, and the need to have an agreement often outweighs the requirements for achieving specifics.

The irony of that is also very apparent. In or out of the EU, the UK Â– or its representatives - would still find itself sitting in endless, impenetrable technical committees, discussing obscure standards on issues which would defeat most minds, alongside much the same people, with very much the same outcomes.

But in no sense would standards ever be imposed on the UK, any more than they are Norway. That simply is not the way the system works. What would be different is that the UK would be able to divest itself of much of the political baggage that attended membership of the European Union. Trade issues would continue to be negotiated in much the same way that they are now.

What comes over so clearly is that the world has moved on from the days when "Europe" was a powerful player, setting the rules for its tiny corner. In fact, without it really being apparent, the "new world order" is seeing a resurgence in national power.

When I asked him whether he would like his own people, his "global policemen" to enforce his standards, Knudtsen said "no". The nations still made the rules, he said. Only they had the local knowledge, the resources and experience to enforce them. And as long as the rules were seen to be fair, and achieving a purpose, they were generally enforced.

The world is moving on from regional trade blocs and, as trade becomes more globalised, there are too many players for "little Europe" to get its way. Each of the national players want their own voices heard in the areas which concern them. The global arena not only recognises that need. It allows for it. The "global government" is a forum of nations.
The UK loses no influence by being an independent member of that "new world order". We'll look at this more in Part III.