The Harrogate Agenda - separation of powers 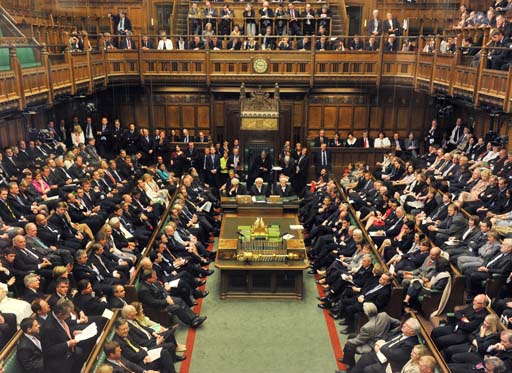 As promised, each day I am going to explore one of the points raised at the Harrogate Conference, as part of the process which will bring us closer towards building our final list.

The indefatigable Witterings from Witney has already made a start, with some pertinent comments, noting that some of the attendees at Harrogate had difficulty focusing on the main issues. However, we were all agreed that there was much wrong with parliament and that major reforms were needed. Thus, we were all ahead of the "professionals" who are obsessed with the Lords and can't see the bigger picture.
One thing mentioned by WfW was "separation of powers". The need for such separation, which was raised spontaneously by several groups, was one where there was general accord, so it is a good place to start.

Also, as I have done occasionally with other matters, I am going to write this essay online, so that it can be shaped from input in the forum as it develops. I'll thus progressively add to it during the day.

A useful first port of call is the Wikipedia entry, which tells us that the "separation of powers" model of government was first developed in ancient Greece. Under this model, the state is divided into branches, each with separate and independent powers and areas of responsibility so that no branch has more power than the other branches. The normal division of branches, we are told, is the executive, legislature, and judiciary.

Here, the "defect" in the British system is immediately evident, stemming from our transition from rule by an absolute monarch, to a system of constitutional monarchy. The executive, which emerged to challenge the power of the king, and now comprising the prime minister and cabinet, has effectively become the king.
And parliament, the legislature, is now the body from which the executive is drawn. As a result, there is imperfect separation between the two bodies.

In practical terms, members of the ministerial team (including the prime minister) - the core of the executive - are appointed either from MPs in the House of Commons, from the Lords, or - not uncommonly - are appointed to the Lords for the purpose of making them ministers.

This has a highly corrosive effect on the standing of the Commons, in particular. Although the main functions of parliament are to scrutinise and act as a check on the executive, all those MPs we have ministerial or secretarial positions hold dual roles as members of the executive and the legislature.

Currently, there are over a hundred ministers, with considerably more than fifty in the Commons, which may be called the "payroll vote". They may be assumed always to vote with the government, and to defend it policies and actions.

But the problem is far worse than the basic arithmetic would suggest. Many of those who are not on the first rung of the ministerial ladder will have hopes of preferment and will therefore be cautious about disagreeing with their leadership, or giving it a difficult time.

Thus, the majority on the government benches – and certainly in the early days of a new administration – will be personally beholden to the executive, either because they are members of it, or because they expect preferment.

Even then, this is by no means the full extent of the distortion. The fact that the Commons is the main pool for recruiting ministers - and the only prime ministerial pool - changes the dynamics of the institution.

Essentially, a goodly number of people seeking to become MPs, and many successful MPs, have career ambitions, but not as MPs, per se. They want to become members of the government. For them, entry to parliament is not an end in itself, but a means to a different end.  But, from our perspective, MPs should put parliament first. They should represent us, not the government.

Discussing how best to overcome these defects, the most obvious point to emerge was that ministers should not be members of either of the houses of parliament. We like the system where the prime minister appoints his own ministers – from whatever source he chooses – subject to parliamentary confirmation and dismissal.

That, of course, leaves the prime minister and here we believe that we should acknowledge reality: the office-holder should be elected. This does not make this a presidential office. The queen remains head of state - the office of prime minister keeps its title.

Details we need to establish are the period of office and the number of times an individual can stand. Arguably, the US system of four years per term and a maximum of two terms is a good model.
However, with those details established, and with the benefits of wider comments, I am confident that this issue will form one of our core demands.