The madness of green 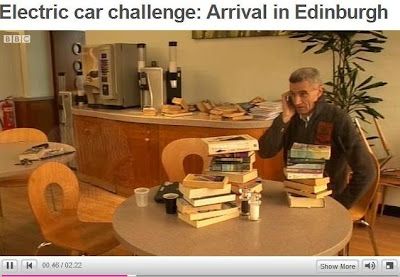 In the 18th century the fastest means of travel and communication was the same as in Roman Britain 2000 years before - a man on a galloping horse. For larger numbers of travellers there were coaches, but these were infrequent, slow, uncomfortable and expensive. In 1750 a coach took 16 days to travel the 400 miles from London to Edinburgh and 2 days to do the 50 miles from London to Cambridge.

What changed all this was Macadamized roads. They permitted travel at speeds thought impossible a generation before and by the 1830s improved road surfaces and better-designed coaches reduced the London-Edinburgh time to 2 days and London-Cambridge to 7 hours.

However, fares were expensive. At a time when a labourer earned 50p a week, a ticket from Norwich to London cost Ł1.50. Travel was for the rich. Nevertheless, in 1740 one coach a week travelled from Birmingham to London and by 1783 there were 30 a week and by 1829 34 a day. But the coaching era was short-lived. The growth of railways in the 1840s emptied the roads until the motor car arrived after 1900.

Then came the electric car. Said the BBC, there are hopes that the electric car will capture the imagination of British motorists this year. Thus did the BBC's Brian Milligan take up a challenge to drive from London to Edinburgh in an electric car. It might sound easy, we were told, but under the rules, he was only allowed to charge the car's battery at public points.

In between driving he read a lot of books because charging took 10 hours. In all, from London to Edinburgh, it took four days it took to complete the journey – twice as long as it had taken in the 1830s, with the stage coach. That is progress, greenie-style.