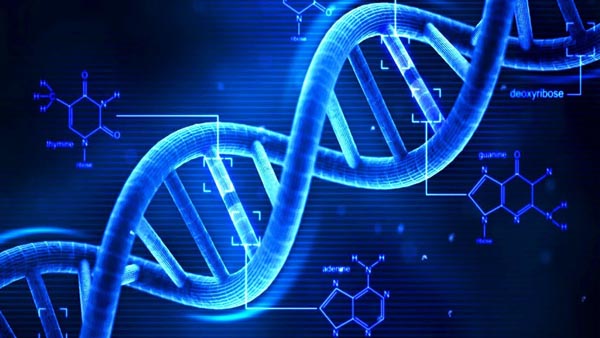 In my piece on barking cats to which I constantly refer, I call in aid a commentary written by Milton Friedman on the behaviour of government bodies. The way an agency behaves, Friedman argues, is not an accident, not a result of some easily corrected human mistake, but a consequence of its constitution in precisely the same way that a meow is related to the constitution of a cat.

A natural scientist would readily recognise that you cannot assign characteristics at will to chemical and biological entities, and you cannot demand that cats bark or water burn. Thus, Friedman asks: "Why do you suppose that the situation is different in the social sciences?"

Exploring his thesis, what we are confronting is the idea that institutions effectively have their own "biology", their own immutable rules that determine their behaviour. Thus, expecting them to respond in ways that transcend what amounts to their "genetic programming" is as illogical and as fruitless as expecting a cat to bark.

In respect of the European Union, this principle is as important as it is profound. As a treaty organisation, steeped in history and protocols, with its own embedded "political DNA", its behavioural pathways are fixed. There are certain things it will do, there are things it can do. And there are things which, under any circumstances, it will never do - because it cannot.

This, however, is not the full extent of it. An equally powerful aid to understanding is Philip Selznick's theory of bureaucracy, in which he developed (if not actually coined) the principle of "self-maintenance" as a determinant of institutional behaviour.

Distilled to its very essence, "self-maintenance" dictates that, wherever the founding principles of an organisation might be, its structure is shaped by the characteristic and commitments of participants and influences from the external environment. From this, over time, it develops means of self-defence.

This self-defence develops into a series of activities which Selznick defines as self-maintenance, and his particular thesis is that these activities eventually become the superior goal. In effect, as with biological entities, the need to ensure its own survival emerges as the most powerful of driving forces - taking precedence over all else.

By this mean, these two thinkers, Freidman and Selznick, provide vital elements of the intellectual foundation, with which we can begin to understand how the EU will behave. Their principles have served me well in my many years as an analyst of EU affairs.

Once one gets inside the organism, and understands the functionality of its "political DNA", things that might be obscure to casual observers can be very clear.

In particular, understanding has been invaluable in carving a way through the noise and the chatter on Mr Cameron's supposed "renegotiations, as he seeks to carve out a new, better relationship with the EU. Whatever statements might emanate from No.10 or elsewhere ñ and no matter how confident their authors might be ñ one knows that certain things simply cannot happen. And because they cannot, we can always rely on the absolute certainty that they will not.

Somebody who shares this understanding is Andrew Duff who, in a recent piece, comments on the insistence by Europe minister David Lidington that the Cameron administration will be able to secure "clearly irreversible and legally binding" change, with this to form the basis of the offer that Mr Cameron puts to the British people in the referendum.

There is no precedent in the history of the EU of a member state ripping up its existing treaty obligations. It is true that both Denmark and Ireland were granted special Council decisions and (non-binding) declarations in the effort to overcome negative referendum votes on the Treaties of Maastricht, Nice or Lisbon. But these were concessions designed to permit treaties that had already been signed by every head of government to enter into force. The supplementary agreements were mainly of a tautological or oxymoronic nature ñ affirming that the treaties meant in fact what they said ñ although some took the form of promised future additions to treaty texts. (A similar agreement after the signing of the Lisbon treaty was made with the Czech Republic concerning the Charter of Fundamental Rights but was never delivered.) It is important to note, however, that none of those special measures amounted to new opt-outs; none made any substantive change to the treaties as agreed; and all were crafted, with a mixture of high politics and low cunning, to accomplish a successful ratification of a treaty change which deepened the integration of Europe.

By contrast, the current British demand for an irreversible legal guarantee on weakening integration is a very different thing. The chances of getting agreement on a dismantling of 'ever closer union' are slim indeed. But even were a political agreement reached, because political promises can be and are broken, a legal guarantee to amend Article 1 could not come in the form of a mere promissory note. A political promise made to Cameron by other heads of government that implied a future rupture with the UK's previous treaty commitments ñ even if it were dressed up as a Council decision would be unlikely to survive a challenge at the Court of Justice. And in any case the European Council cannot legally commit a future intergovernmental conference into amending the treaties on such a fundamental issue as the very mission of the Union, not least because such a treaty revision would have to run the gauntlet of an open constitutional Convention populated by national and European parliamentarians.

It is therefore a paradox that just as the British appear to be rowing back on wider demands for substantive policy reform in Europe, they are ratcheting up their insistence on the legal form of one particularly controversial outcome to the renegotiation. One may wonder what they hope to achieve with this.

Cutting to the chase, Duff is saying that the British government will not be able to secure "clearly irreversible and legally binding" change because the institutional systems will not permit it. You can read a hundred or even thousand articles written by any number of "experts" and insiders, saying it will happen. But it won't. It won't, because it can't. This cat doesn't bark.

Thus far, so good, in what is turning out to be a long but necessary preamble to the main these of this post ñ the headline proposition that it is a fallacy to believe it is possible to get a better exit deal from the EU than is represented by the Norway Option.

We see this fallacy expressed most recently by Vote Leave Ltd, by Richard Tice for Leave.eu and by Daniel Hannan. Vote Leave tells us it "does not support the Norway option". Britain, it says, "is a bigger, stronger, and more important country than Norway. We can negotiate a much better EU deal based on free trade ...".

In the Tice version, we see a familiar mantra that Britain is the fifth largest economy in the world and we are the EU's biggest trading partner. Therefore, he argues, there "is no reason why a post-EU Britain cannot seek an even better arrangement, one which is even more expansive, assuring that the UK-EU mutually beneficial trading relationship remains intact".

In this, one can always concede that one can seek ñ but we will never find. There are overwhelmingly powerful reasons why the "better deal" will never happen.

Firstly, the Norway deal is a treaty which imposes on this and other EFTA states the obligation to conform with the legislation that comprises the Single Market acquis, in common with the 28 member states of the EU. In essence, the EU is saying that, in order to participate in the Single Market, the EFTA States must obey the same rules as the EU members ñ no more, no less.

In that context, one has to ask what is meant by a "better deal"? Do those who hanker after such a deal expect that the UK will gain access to the Single Market on different terms ñ that they can perhaps be excused compliance with the rules that everyone else has to obey?

What some might have in mind, though, is that the UK might be given the privilege of market access without having also to subscribe to the "four freedoms" and in particular freedom of movement and freedom of establishment.

Here, though, one tires of recording how many times different officials within the EU ñ to say nothing of Angela Merkel and others ñ have said that acceptance of the four freedoms is "non-negotiable". Yet, no matter how many times this is said, there are still those who believe that this is just a negotiating position. But it isn't. And Friedman and Selznick affirm that this is the case.

Specifically, the possibility of a UK departure represents an existential threat to the EU, especially as other member states might be tempted to follow. On that basis, the self-maintenance imperative takes over. The EU cannot agree to an exit deal which gives the departing state a deal better than the terms available to ordinary members. To do so would be to invite destruction, something the "genetic programming" of the entity simply will not allow it to do.

All this, then, comes from "cracking the code". Applying superficial levels of logic when analysing the EU isn't good enough. To do so is to invite fallacious conclusions, as in the belief that we can get a better deal out of the EU than Norway (or even Switzerland).

We will get a deal, but ñ in terms of market access - it'll be no better than what we have already. We should take it and get out while we can. "Quick and dirty" is infinitely better than holding out for the perfection that will never come.