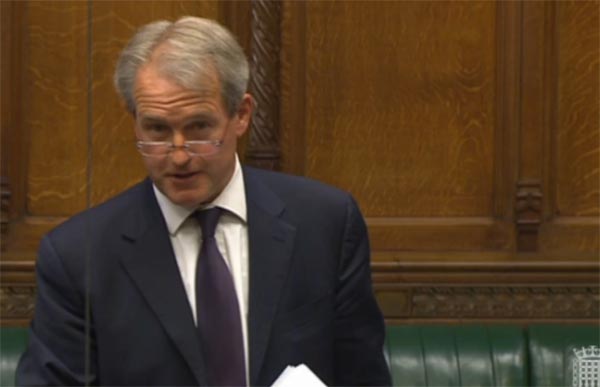 Although the conduct of elections is this country has been regulated for centuries, with notable landmarks such us the Reform Act of 1832, this has not been the case with referendums. Their use, in fact, has been a relatively recent constitution innovation in the UK, and we sometimes have to remind ourselves that the very first national referendum was the 1975 poll on membership of the EEC.

Then, and until fairly recently, referendums have been "wild west" territory, with rules have been made up on an entirely ad hoc basis, often giving an unfair advantage to the Government ñ as in the 1975 referendum. Then it was able to send out its own leaflet extolling EEC members, alongside the "yes" and "no" leaflets, giving the "yes" campaign a 2:1 advantage.

This was the situation in November 1996 when Sir Patrick Nairne in his "Report of the Commission on the Conduct of Referendums" observed that there was a strong case for the independent handling of at least some elements of the conduct of referendums, especially if the Government was committed to a particular result.

His Commission argued that the responsibility for the publication and management of information relevant to a referendum should be exercised outside of Government - by an independent commission. It also recommended that the conventions which require the Civil Service to avoid engaging in political or public debate' and which limited its actions to the provision of factual information, should be maintained.

The lack of balance came to a head in the Welsh Assembly Referendum of 18 September 1997, when the "no" campaign lacked the structure and finance of the "yes" campaign, and suffered from the fact that the Conservative defeat in the 1997 election meant there were no Conservative MPs (and therefore no MPs supporting the "no" campaign) in Wales.

With over a million people voting in the referendum on a 50.1 percent turnout, the "yes" campaign secured a victory with less than seven thousand votes, the intervention of central and local government in the campaign was felt to have been decisive.

Thus, when the Neill Committee on Standards in Public Life came to consider, amongst other thing, the funding of political parties, it was enjoined to consider better regulation of referendums, hearing evidence that a fairer campaign in the Welsh Assembly Referendum might well have resulted in a different outcome.

The Committed was encouraged by Vernon Bogdanor, Professor of Government, Oxford University and David Cameron's tutor, to make some suggestions about referendums. "One purpose of a referendum", he said, "is to secure legitimacy for decisions where Parliament alone can not secure that legitimacy. For that legitimacy to be secured, the losers have to feel that the fight was fairly conducted".

Taking heed of the suggestion, the Committee did indeed consider the matter and, in its October 1998 report declared its position. Our view is straightforward, it said:

The Committee went on to say:

We believe that it is extraordinarily difficult, if not impossible, for the government of the day to offer purely objective and factual information in the course of a referendum campaign, especially when, as will usually be the case, itself it is a party to the campaign. We believe governments should not participate in referendum campaigns in this manner, just as it would be thought to be wholly inappropriate during a general election campaign for the government to print and distribute, at the taxpayers' expense, literature setting out government policy.

On the basis of its deliberations, the Committee then went on to table a specific recommendation (R89), which read as follows:

The government of the day in future referendums should, as a government, remain neutral and should not distribute at public expense literature, even purportedly 'factual' literature, setting out or otherwise promoting its case.

On 9 November 1998, Parliament responded to the Neill report with an adjournment debate. It was characterised by the Home Secretary Jack Straw refusing to accept government neutrality on referendums, contrasted by Conservative shadow Home Secretary, Normal Fowler, arguing (according to a helpful BBC report that the government should not "cherry-pick", and should adopt Neill proposals intact. Fowler declared:

Ö we accept the findings in the report and believe that legislation based on it should be introduced, with the proviso that it should implement all the major proposals. There should be no cherry picking of one proposal, leaving the others to one side.

Formally responding to the broader issues raised by the Neill Committee, the Government published on 20 December 1999 a draft Bill on what was to become the Political Parties, Elections and Referendums Act 2000 (PPERA).

As an Act, it would for the first time,introduce generic provisions designed to ensure the fair conduct of referendums. In particular, it would provide for restrictions on the publication of promotional material by central and local government in the 28 days prior to the holding of a referendum ñ the so-called "purdah" period.

The Bill came before the Commons for its Second Reading on 10 January 2000, which saw and intervention from the current speaker, John Bercow, who asked how the Home Secretary could justify, for instance, the issue by Ministers of official press releases in support of referendum issues, while regulating the activities of campaigning organisations in referendum for up to six months.

Straw's defence was that he had "sought to ensure that the spirit, as well as the letter, of the Neill committee's recommendations on referendums is introduced into the Bill". The purdah period for the Government at 28 days was no different from the situation on general elections.

But, in addition, the Government of the day would stand back from the debate and leave it to the umbrella groups and other participants to campaign. This purdah period, said Straw, was "a fair and practical response to the Neill committee recommendation, and the committee has welcomed it".

In February, however, a number of Conservative MPs, including Dominic Grieve, who was to become the Conservative Attorney General, Owen Peterson and again John Bercow. All in their own ways expressed concerns that the 28-day period on its own would be insufficient.

The following month, on 14 March 2000, even the veteran Lib-Dem MP Andrew Stunell spoke in favour of the purdah period. "The 28-day non-aggression period is desirable", he said. "The issue is not whether there should be such a period, but whether the period should be longer".

There had been some amendments proposed which would have removed it from the Bill, and he had made the point that although the 28-day period may not have been perfect, it was "the best one on offer".

This did not stop, on 22 November 2000, this Lord Mackay of Ardbrecknish in the House of Lords arguing that purdah should apply during the whole referendum period. He considered that to be "fair and equitable". As a compromise, he proposed either 28 days or half the referendum period, whichever was longer.

In the event, the "relevant period" as it was described in the dry legalese of the Act remained at 28 days, but no one was under any illusion that this was the minimum response to the Neill Committee ñ a grudging, half-hearted concession to the pressing need to make referendums fairer. At least there could be no repetition of the 1975 referendum, with the Government sending out is own leaflet to all households in the last week of the campaign.

That it was a minimum response was effectively conceded by the Labour Government in 2004 when, according to evidence submitted to the Scottish Parliament, it voluntarily agreed to the Electoral Commission's request to date the 28 day purdah from the distribution of postal ballots rather than referendum day, making it in effect, a 56 day period. This self-imposed extension had no legal force but the Government stuck to its promise.

Then in 2010, the same Labour Government decided that it would play no part ñ as a government - in the Powers referendum in Wales. The referendum was held in 2011 under the new Coalition government who also decided against participating as a government. In effect, three major UK political parties have made some active acknowledgment of PPERA's weakness on the government role and the 28 days.

In its own consultation in January 2012, the Scotland Office promoted PPERA as "well established, tried and tested rules", although witness Nigel Smith argued that "it should be ashamed of such an inaccurate claim".
The rules, he said, "have been tried and found wanting in several important respects - not once but three times ñ in referendums in 2004 and 2011". After each referendum, the Electoral Commission recommended reforming the government role by dropping the 28 days in favour of the whole referendum period, in this case - 125 days.

Thus, for the Government, without even flagging it up, to seek to remove the 28-day purdah period for the current EU referendum is more than an affront. It is a constitutional outrage.

Yet, Philip Hammond still blandly argues that restrictions on the role of government in the last four weeks of the campaign "would be inappropriate and unworkable". You would, he claims, effectively constrain a whole area of Government business with the EU and its structures by keeping restrictions in place.

Hence we saw Dominic Grieve demur, while Owen Paterson in his powerful speech dismisses Mr Hammond's claim as "nonsense". Even the Electoral Commission agrees, expressing its disappointment that the EU Referendum Bill includes provision to remove the restrictions on governments and others to promote an outcome right up until voters cast their vote.

A referendum without the purdah period will not be free and fair, and the Government has absolutely no justification for trampling on nearly 20 years of precedent, just for its own tactical advantage.

"It absolutely must be taken on board by the Government", says Owen Paterson, "that if the British people sense that there is no fairness and that the referendum is being rigged against them Ö it will be unacceptable and will go down extremely badly with the British people".

"What really worries me", he adds, "is that this extraordinary, incredibly important event in our history could be seen as illegitimate, and that whatever system of government for this country emerges after the referendum might not be seen as valid".

With that, he appealed to the Foreign Secretary to go back, talk to the Prime Minister and remove this arbitrary suspension of the process of purdah that has been thrashed out over 20 years. We await his response.