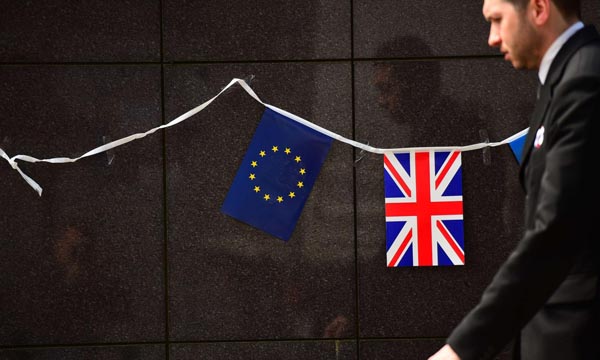 One grows to love the overweening arrogance of the London-based politico-media claque who, because they were blind-sided by the developments outside their foetid bubble, grandly assert that "no one" predicted the Cameron victory.

This total lack of self-awareness almost defines the bubble, and it is that as much as anything ensures that its denizens not only get it wrong, but will continue to get it wrong.

That much is going to be the case, in spades, during the EU referendum campaign. Not least, most of the pundits have a very slender idea of how the EU actually works, or of its politics, and they have next to no understanding or appreciation of the global trading system, and how it relates to the EU.

As the referendum campaign develops, therefore – and we see the torrent of words published by the self-same claque which predicted there would be a hung parliament – the only thing of which we can be totally sure is that the comment will be driven by the most profound ignorance. Most of it will be wrong.

It is in the nature of the self-referential claque, however, that it is an exclusive club. Its coprophagia ensures that no new idea will ever sully their stagnant minds as they recycle the same limited input and excrete it for others to consume. And that knowledge is one of ten points we need to build in to our referendum campaign, if we are going to win.
Again and again and again I hear people tell me they never believe anything that read in the papers (or hear/see on the broadcast media), only for them to regurgitate in various forms, with different levels of belief, exactly what they have seen and heard. Campaigners must be on guard against this. The media (even those apparently on-side) are not our friends, and nothing they say can be relied on.

The next point of which we need to take account is this. From their pedestals of profound ignorance, the claque will try to take possession of the debate. They will want to own it, to use it as their plaything, with no commitment as to the result, and no concern that they may adversely affect an outcome that they may profess to support.

As with the general election, we will find the London-based media and the politicians trying to assert – and certainly implying – that they are the debate, that they are its sole custodians. This we cannot allow, and have some powerful weapons at our disposal.

Here, not only do we have the internet, with the social media and all that goes with it, but we have the local media, including the letters columns, which are much easier to access than the nationals. But we also have many other options which we must develop and explore. Communication is not the monopoly of the claque and we must make use of the resources available to us.

Particularly important in this context is a third point – the way the campaign will be fought. What we will be seeing is an attempt to define the contest in economic terms. We already see this with the pro-EU CER, which has been quick to re-launch its 2014 pamphlet on "the economic consequences of leaving the EU".

The media will follow this lead. Some journalists (and politicians) will do so because they believe the EU is an economic construct, and do not understand that it always has been (and still is) a failed experiment in political integration.

Others, and especially those in the business sections, will run this theme, not only because most of them know nothing of the EU as a political entity, but it keeps them within their comfort zone. They stick to what they think they know.

We also expect the London-based think-tanks to pile into the fray, even though most have very little to offer. The pro-EU bodies such as Open Europe will readily push the economic arguments, as this distracts from the political nature of the EU, and legitimises the call for reform. They will be bolstered by any number "useful fools" who fall into the trap of joining in the economic and business argument.
Unless we take steps to prevent it, the debate will go the same way as climate change, to become the plaything of a narrowly-focused claque, arguing increasingly arcane points. The discussion will get mired in "angels on pins" detail, driving the general public away.

Here lies great danger. We cannot win the argument by discussing economics (and nor do we want to). For every claim that we will save money, there will be counter-claims about how much withdrawal will cost. Eventually, if that is all that is on offer, the public – unable to judge the merits between the cases, and utterly bored and confused – will vote to stay in.

Therefore, we must shape the debate and focus attention where it matters - on the important issues. We must sideline the economic issue, and marginalise those who argue either way, for added costs or for extravagant cost-savings.

This is where Flexcit comes in. It sets out an exit plan which is economically neutral. Economics, therefore, not relevant to the debate. Leaving is about the politics – this is a political issue, not an economic one. It is about how we are governed. Withdrawal becomes a celebration of nationalism and a reversion to intergovernmental relations, with a rejection of supranationalism. How we dress our concepts up for popular view has yet to be decided, but these are the issues – not a sterile debate about pounds and euros.

Fourthly, we are going to have to address the Fear, Uncertainty and Doubt (FUD), which is going to be the lynchpin of the pro-EU campaign. To counter the FUD, it has already been suggested that we have our own acronym, based on Hope Assurance Confidence and Knowledge, allowing us to HACK IT. Such simple devices will be of inestimable value.

The crucial issue here is that most of the FUD will be based on the deliberate (and sometimes unknowing) elision of the Single Market and membership of the EU. We have to convey to a wide audience that the two are not the same.

In fact, the Single Market isn't even the EU. The area defined by the territories of the 28 Member States is the "internal market", the customs union. The Single Market defines the 31-member EEA. In our Flexcit plan, we aim to continue our membership of it. And with that, most of the FUD ceases to have any relevance.

That brings us to point five – we need to banish the false prophets. We are not going to succeed in countering the FUD if our supposed allies are offering their own nostrums which contradict what we are offering. Classic here is the Ukip exit scenario which eschews continued membership of the Single Market on the grounds that it requires acceptance of freedom of movement.

Again, this is where Flexcit comes in, pointing out that it is perfectly possible to control immigration (and asylum seekers) which permitting the free movement of workers within the EEA. But there needs to be more. A successful campaign cannot afford to adopt a "big tent" approach with an alliance of players that has each doing their own thing.
There needs to be a unified approach and strict message discipline, otherwise the likes of the BBC will pick those with the weakest arguments and promote them mercilessly, destroying the "out" campaign in the process. The "inners" have the status quo. The don't need to win - all they have to do is avoid losing.  It is for us to make the winning case - their role is to pick holes in it.

On that basis, we cannot take a passive view of weak plans. They are as dangerous to the campaign as the opposition's propaganda. They must be dissected, attacked and disowned. And, to that effect, we are going to have to be careful with our choices of allies. In terms of a formal organisation, a small unified group will be better than a larger group of discordant voices, insistent on promoting their own ideas.

A small formal organisation, however, does not mean that the campaign should be small. Point six tells us that we should never forget that a referendum is a decision of the people, not the politicians. The campaign, therefore, must be a people's campaign - not a toy for the posh people in London. Primarily, the formal organisation should be an enabler – helping the people fight, pointing them to the tools they need and guiding them on how to use them to best effect.

That point cannot be emphasised enough. This must not be a top-down campaign, feeding the egos of high profile leaders and celebrities, providing career platforms for ambitious wannabes. The people need direction – not leadership. The campaign must be facilitated, not possessed.

This brings us to point seven, in which we must be clear about what we are fighting for – and remove the baggage. This is a campaign to secure our withdrawal from the EU. We should not allow it to be hijacked by other interest groups, whether it is libertarian idealists, free traders, anti-regulation zealots or climate change "deniers". Primarily, we are looking to free ourselves from the embrace of the EU. Everything else takes second place.

Point eight requires of us that we should complete the intellectual portfolio. We are well advanced with preparing the exit plan, but we are going to have to think through certain aspects to conform with point six. Then there are two other elements. We need a "vision statement" – a short but well-crafted word picture, setting out the outcome for which we are aiming for in leaving the EU. This is the "sunlit uplands" that satisfy the Stokes precept, giving an idea of what the UK would look like, five, ten and twenty years after withdrawal.

The other element of the trinity is the negative case – coherent and comprehensive arguments as to why the EU is not for us. But it is important for the case to co-ordinate with the exit plan. We cannot, for instance, argue for leaving the EU because of the "huge burden" of regulation that comes with membership, if we are then to tell people that withdrawal will not bring relief from that burden.

For our ninth point, we must develop a first-class intelligence capability in order to determine and pre-empt the opposition's moves. We also need a rapid response capability, to disseminate our findings and give timely warnings.

Most importantly, we must be able to monitor closely and report on Mr Cameron's "renegotiations", analyse them and neutralise the propaganda. For instance, while we know he cannot achieve a full-blown treaty change, but he can fudge it, using the "simplified procedure" under Article 48. Combined with political declarations and bundled with Commission proposals, he can deliver what appears to be – to the uninitiated and the media – a substantial package.

Only by re-empting this ploy, and then spreading information about it, can we show the public that they are being misled.

Finally, much of this will depend on point ten. The campaign will be led by two designated "lead campaigners", one for each of the propositions - "out" and "in". These are designated by the Electoral Commission, and have special status, privileges and public funding. If we are to be able to run an effective campaign, we must gain the official "out" campaign designation. That we are working on – of which more later.

In effect, though, this defines the battlefield. The referendum, I believe, is winnable but only if we refuse to allow others to dictate our tactics and define the battlefield for us. We the people, must choose the ground on which we fight. We must take control of our own destiny. But that also means getting involved, and not waiting to be spoon-fed by an ignorant, politico-media claque.