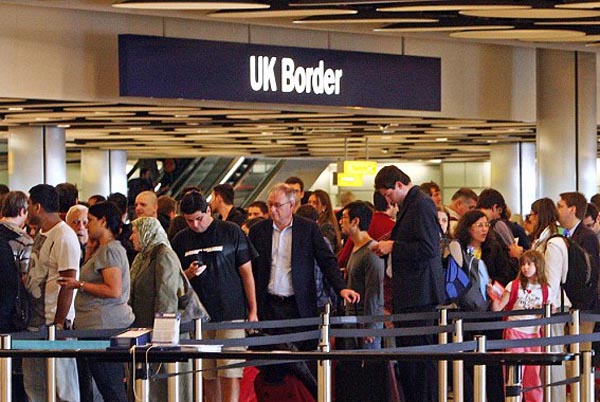 Although "free movement of workers" is an essential part of the EEA treaty, there is a fallback position if the level of immigration is considered too high.This is set out in Articles 112-3 of the EEA Agreement, which refer to the "Safeguard Measures" which permit the parties unilaterally to take "appropriate measures" if serious economic, societal or environmental difficulties of a sectoral or regional nature arise and are liable to persist.

These measures had been invoked by Liechtenstein, an EEA member with less potential influence than Britain. They were further reinforced by the transitional agreements of Protocol 15 (Article 5–7) of the EEA agreement, which allowed Liechtenstein to keep specific restrictions on the free movement of people until 1998.

It is hardly surprising that Liechtenstein had wanted to reduce the inflow. According to Eurostat, the immigrant population now stands at 23,000 – or 63 percent to the total, which is higher even than Luxembourg, at 32 percent.

Open Europe, on the other hand, believe that Mr Cameron should "stay clear of an 'emergency brake' on EU free movement".

An emergency brake, says this "think tank", would be targeted at flows of new EU migrants not the existing stocks, aimed at "destabilising flows". This, though, it says, remains a vague term that could mean many different things, and pinning down a precise meaning could prove incredibly tricky.

However, that is to accept the Open Europe characterisation, allowing it to frame the debate. What they skate past is the volume issue where, as we saw recently, net long-term migration to the UK was estimated to be 260,000 in the year ending June 2014, up from 182,000 in the previous 12 months.

That alone is sufficient to apply the brake, and that is a perfectly legitimate application for the measure. The real questions are how and under what circumstances it should be applied. And it is here that Open Europe have no suggestions, and only difficulties to offer.

In fact, it is indeed very difficult to apply. In a country where we have 34 million overseas visitors annually, and visa-free access from EU member states, it would not be possible to exclude visitors.

Once in the country, it would then be very difficult to exclude them from the workforce. There exclusion would be determined only by their date of entry, and there is currently no ready means of identifying when individuals entered the country. Should they apply for a National Insurance number, they would have to be given.

On that basis, an "emergency brake" would look to be unrealistic. But there again, this applies to the current state of the art. Already it is being proposed that entry and exit records are kept, whence it would be quite possible to exclude particular nationals from the legitimate workforce. Simply, they would not be issued with NI numbers.

Similarly, there is already a measure coming into force, via the Immigration Act 2014 which prevents private landlords renting accommodation to illegal immigrants.

Similarly, the government has produced a legal right to work database, which could be adapted to take on new categories of foreign nationals. Mandatory checks should reduce drastically the number of workers employed without entitlement.

Open Europe, nevertheless argue that it is very difficult to codify objective criteria for pulling an emergency brake. But that is not the case. A simple quota, to regulate the overall flow, is a perfectly objective criterion. And as long as the infrastructure is in place, it is possible to exclude individuals from specific countries.

Illegal immigrants, of course, will remain a problem, but again an improved infrastructure goes some way towards reducing the problem.

The complex adjustments, though, are worth making. The British public needs the assurance that there is a top limit on the annual inflow of immigrants, and that means having an overall limit and the means of enforcing it.
The EEA "emergency brake" is the means of setting that limit. Enforcement is another issue, but it is solvable. Open Europe is wrong to reject the "emergency brake" option. The only problem is that we have to leave the EU to be able to use it - but that is a problem I am sure I can live with.