Ukraine: artillery shells fall, but without a sound 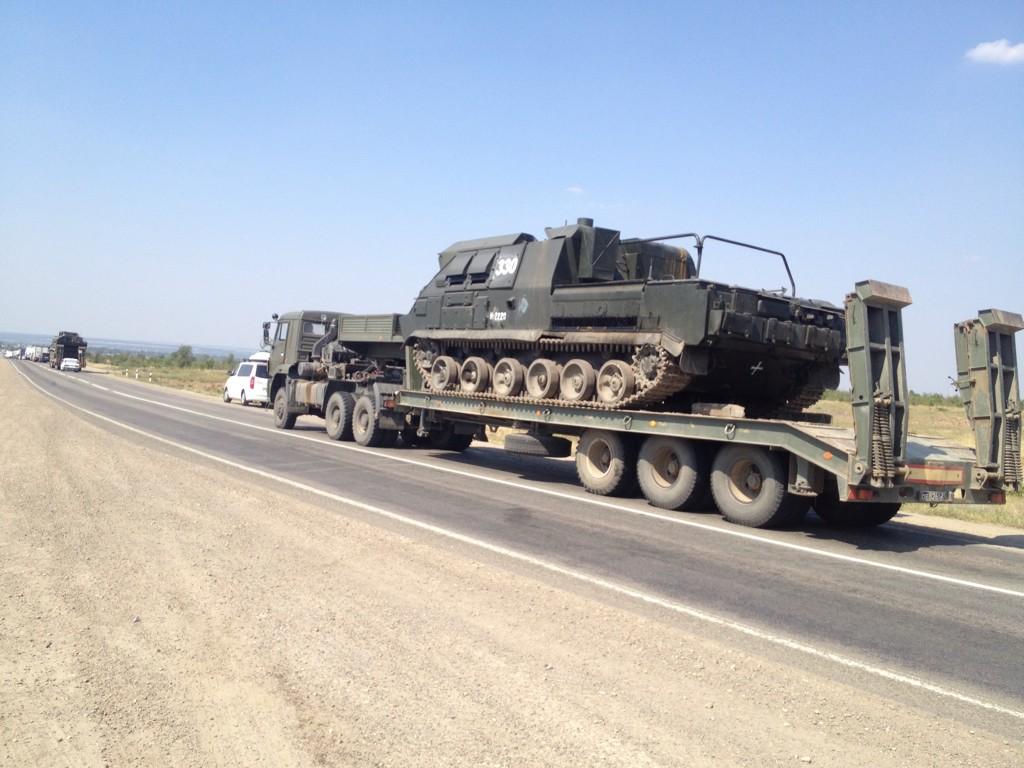 Despite the legacy media maintaining its policy of reporting only one foreign crisis at a time, with Iraq being the fashionable crisis for the moment, serious events are unfolding in Ukraine.

As it stands, the Donbass cities of Donetsk and Luhansk are variously under siege, liberated by Ukrainian forces who have broken though the rebel lines, in the midst of vicious fighting and/or under the control of pro-Moscow separatists.

Most if not all journalists seem to have deserted the front lines, so "mainstream" reports are coming via Kiev, copied out from military spokesmen, through TASS in Moscow, or from journalists such as Andrew Roth, NY Times, Reporter for the Moscow Bureau camped out on the Russian side of the Ukrainian border, many miles from any action.

And since Roth, like his colleagues, seems unable to distinguish between a BUK battery command unit and a "military transport" (pictured top), we are not going to get much sense from the girlie-boys. 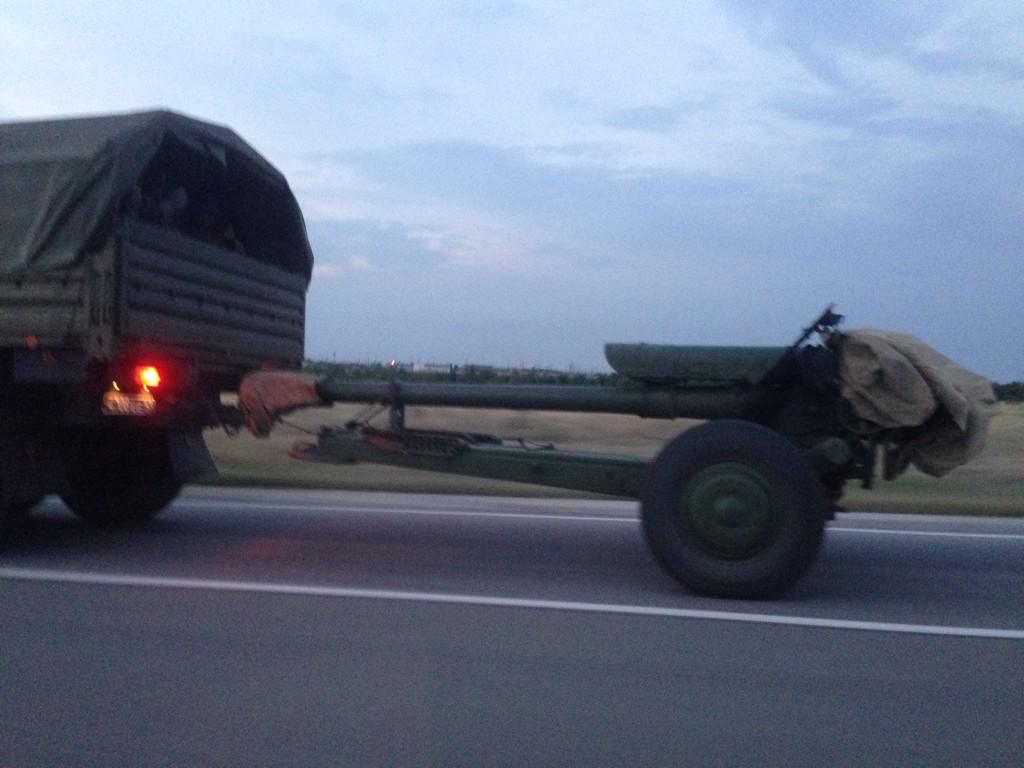 Meanwhile, blogs and social media are offering persistent reports of Russian equipment crossing the border, to be seen later inside Ukraine, including pictures of towed 122mm gun-howitzers (probably 2A18 models – one pictured above), and ultra-modern T-72B1 main battle tanks (pictured below) - or possibly T-90s. 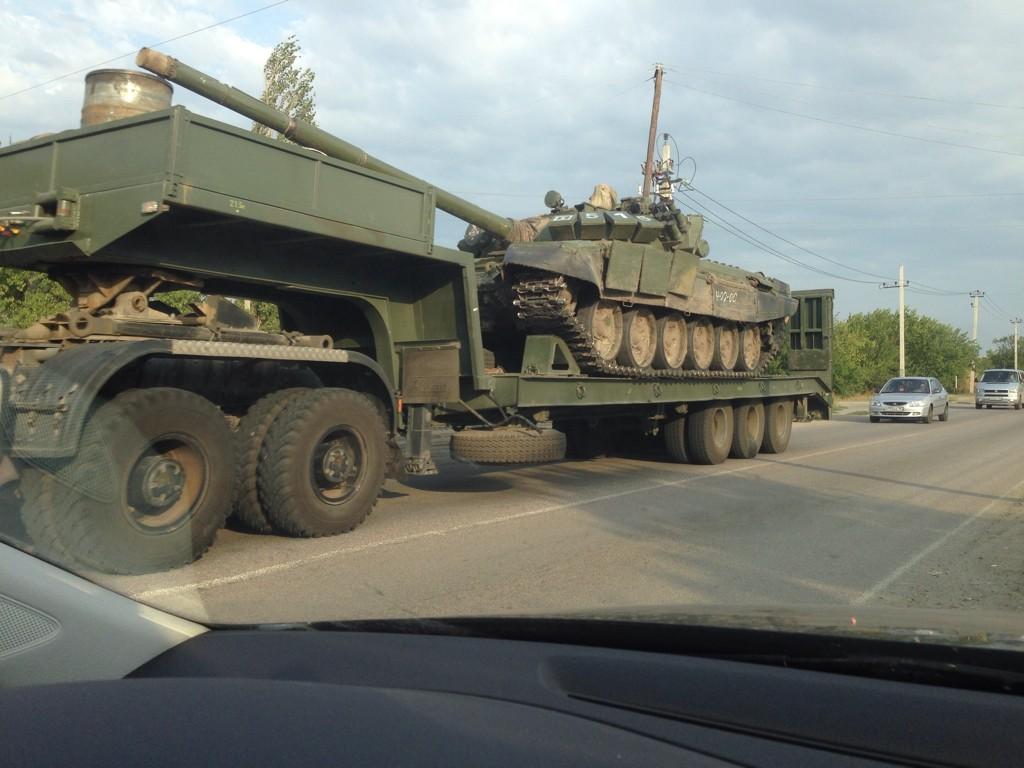 In a statement, the new head of the self-proclaimed Donetsk People's Republic, Aleksandr Zakharchenko, then admits that the separatists have received at least 1,200 troops, 30 tanks and 120 armoured vehicles from Russia, which he calls "heavy reinforcements".

With reports of gun battles in the centre of Donetsk, Ukrainian shelling, and the use of Grad BM-21s (Katyushas), plus major Russian military movements, reportedly close to the border, there can be doubt that we are seeing a significant escalation in this conflict.

Add also the movement of a complete BUK battery, including (unusually) replenishment missiles (pictured below), plus diverse hardware such as Strella 10 launchers (short-range AA missiles), and there are no signs that either side is preparing to back down. 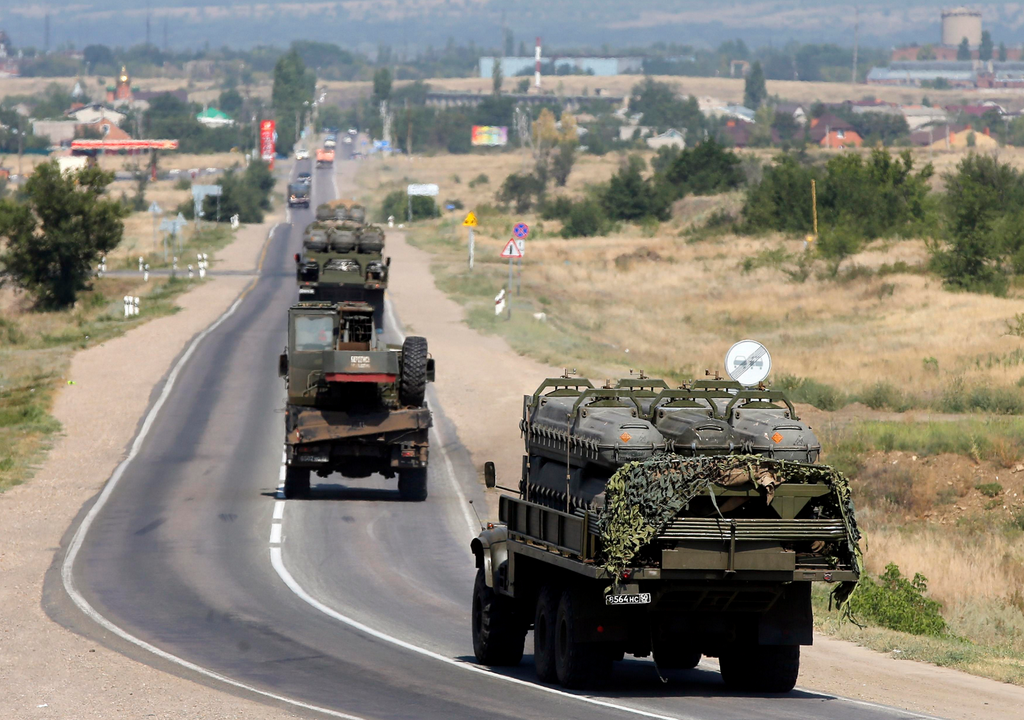 Earlier, we were seeing nothing much more than BMD light tanks, and their counterpart BTR-D tracked APCs, plus the ubiquitous BTR-80 series APCs, but now we are seeing the heavy metal, this suggests that things are way past the skirmishing stage. The indications are that the protagonists are drifting into a full-blown war.

But then, the fighting in eastern Ukraine has only killed 2,086 people, according to United Nations estimates, including civilians and combatants, the casualty rate doubling since the end of July, when Ukrainian forces stepped up their offensive and fighting started in urban areas.

Thus, it seems, they must wait for the drama in Iraq to play itself out, before their conflict becomes fashionable again, and the press devote some attention to their suffering. Until then, one might even ask, when an artillery shell falls and there is no journalist to witness it, whether it even makes a sound.