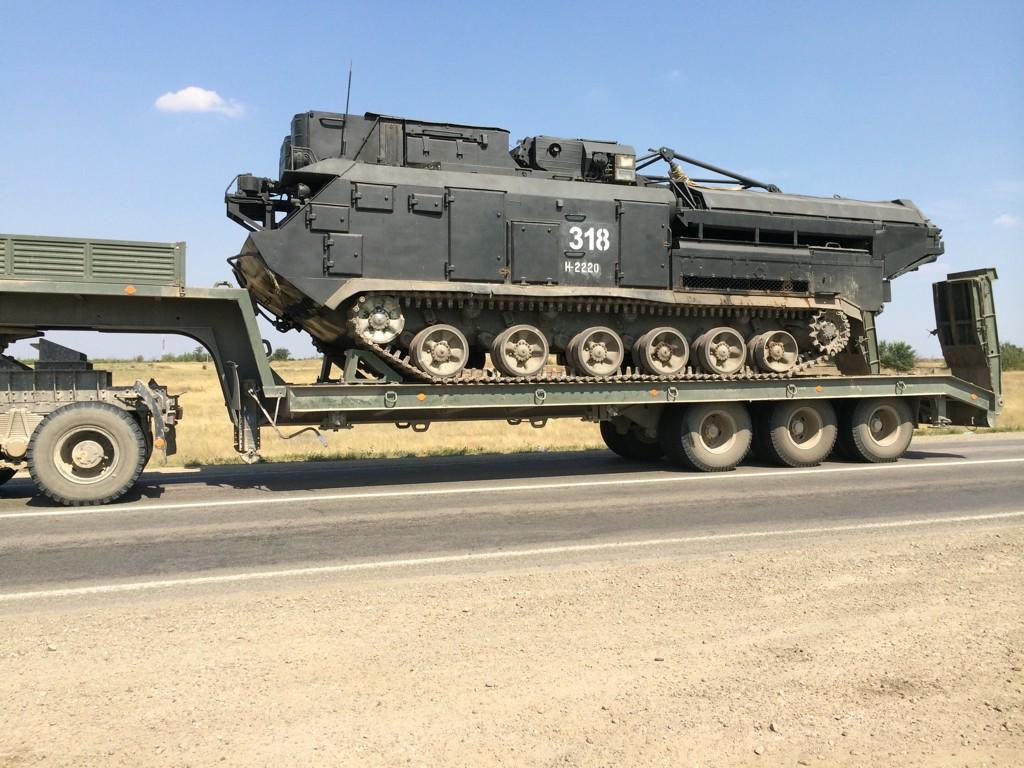 BBC Moscow Correspondent, Steve Rosenberg - along with other journalists - has been watching the Russian "aid" convoy heading towards Ukraine, also seeing military equipment, without the first idea of what he is looking at.

Close to Kamensk-Shakhtinsky, about 20 miles from the Ukrainian border, he photographed the vehicle shown above, asking plaintively for help in identifying it. You would have thought that the BBC, with all its resources, could have risen to the challenge, but it has been left to his readers to do the honours.

Actually, identification is not that easy. We very rarely see photographs of this particular vehicle in its transport configuration, and it looks very different when prepared for action. Nevertheless, we eventually identified it as a BUK search radar 9C18M1, named "Kupol-M1" by the Russians and carrying the NATO designation "Snow Drift". See picture below and this YouTube clip (5.03-6.06 minutes). 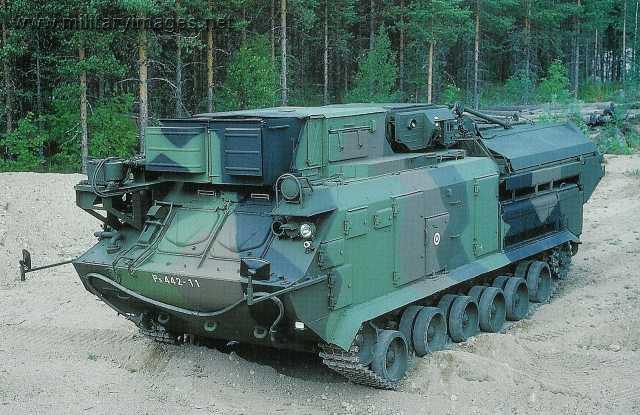 In publishing the photograph, however, Rosenberg has unwittingly helped to solve the mystery of the tarpaulin-covered tracked vehicle, seen on the Russian side of the Ukraine border in the days after the shooting down of MH17, and mistakenly labelled as the BUK launcher which shot down MH17.

This shrouded vehicle also bears a marked similarity to one seen as part of a convoy of BUK launchers in the Stary Oskol region about 70 miles north of the Ukraine border and about 200 miles north of Donetsk, also covered with a tarpaulin.

I have made a composite of three frames (below), from which it can be seen that we are dealing with the same vehicle, the BUK search radar, mounted on a GM-35 series tracked chassis. I don't think there can be any doubt about the identity. 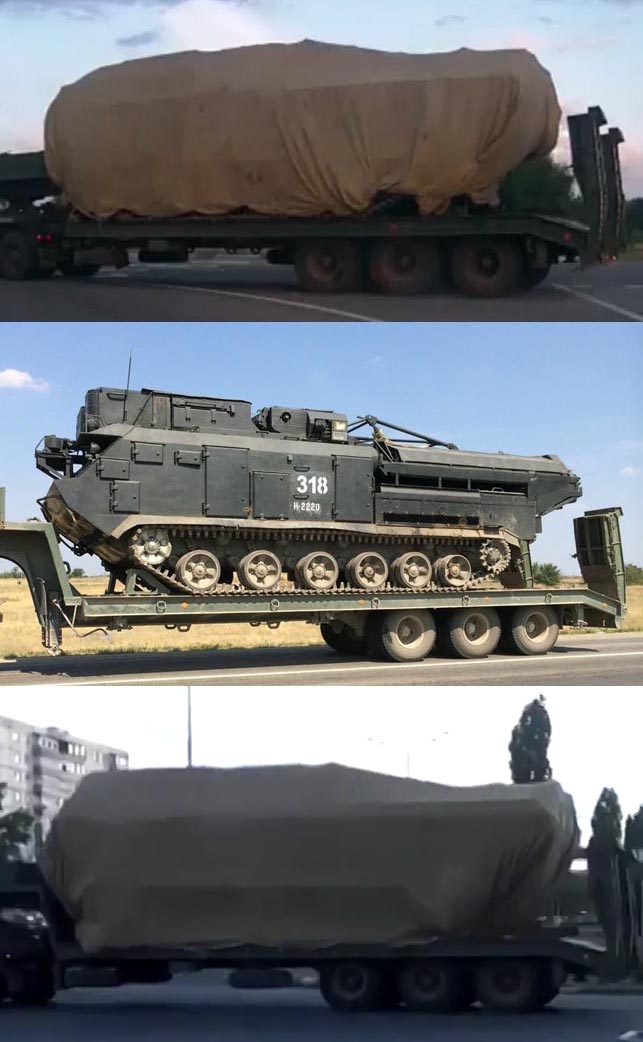 What precisely that proves, of course, is nothing other than the fact that BUK units have been seen on the move in disparate locations near and not so near the Ukraine border.

But, with the solution of one mystery, we now have another in the fabled Russian invasion of Ukraine (as opposed to Crimea), witnessed by the Telegraph and the Guardian but apparently very few others.

And now with the column apparently attacked by the Ukrainians, with some armour destroyed, Russia's government has denied the existence of this "invasion", calling the Ukrainian report "some kind of fantasy".

Strangely, this famous victory seems to have been unwitnessed by any journalist and, for the moment, no photographs have been published, with even the famous Shaun Walker relying on "claims" from the Ukrainians, his report illustrated with a stock photograph. Hilariously, Newsweek uses a photograph of a wrecked BMP-2 from 5 July.

Back on this planet (just), Walker tells us that "The Guardian" saw at least 50 APCs and dozens of trucks and troop carrying vehicles, many emblazoned with "Peacekeeping Forces" and some flying the Russian flag, on the road to Ukraine.

Whether these were the same batch attacked by Ukraine is not entirely clear, although Walker's "invasion" seems to have happened on Thursday night. This time, the putative invadors "appeared to turn off before reaching the immediate vicinity of the border". And, it seems, earlier in the day, "what appeared to be parts of a BUK system were also seen in the area, passing by the roadside camp where the humanitarian convoy has stopped". 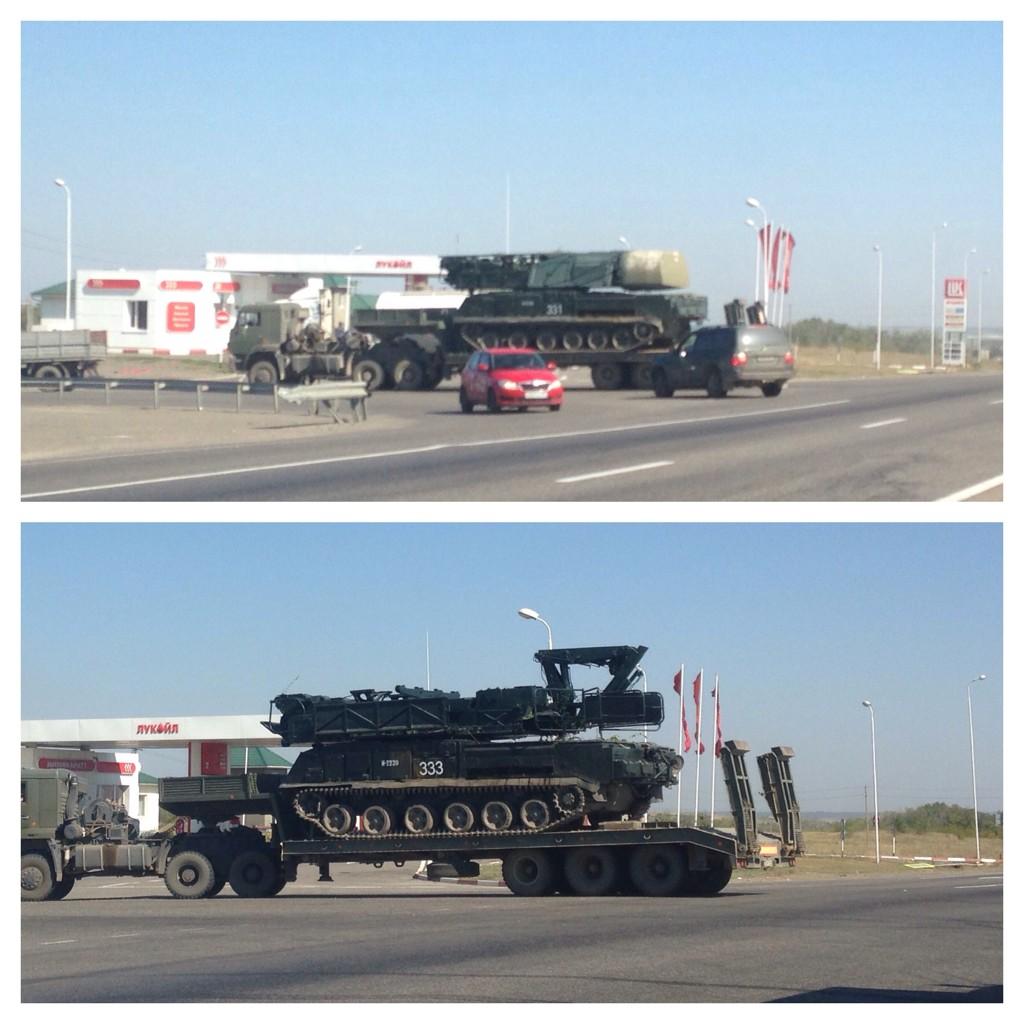 Walker also took some pics (above), which seem to have come from the same location that Rosenberg snapped the 9C18M1, which makes sense. And while Rosenerg might have some excuse for asking about the identity of the radar unit, Walker has less excuse in asking his Twitter followers to identify the BUK launchers. Amazingly, it seems, there are hacks out there still who don't know what they look like.

Basically, as with Iraq, the reporting of this ongoing crisis is degenerating into a farce. But when you have hacks hired to watch Russian military machinery and they don't even know what they're looking at, it is impossible to take their reportage seriously. And how the media managed to degenerate to this state is another mystery, and probably one we'll never solve.
FORUM THREAD