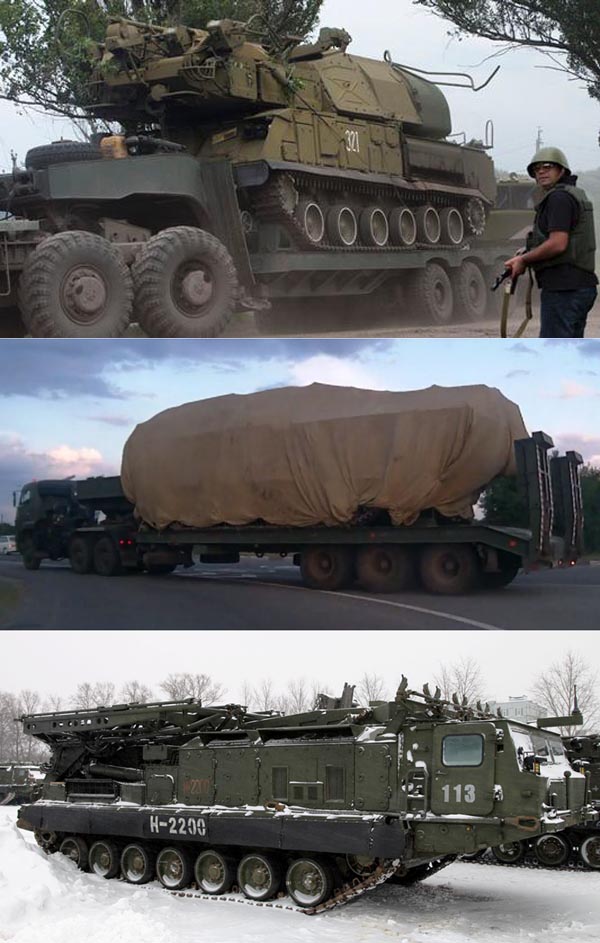 Ten days ago, at the height of the media interest in the whereabouts of the BUK launchers in the hands of the Ukrainian separatists, the Mail published a YouTube video, purporting to show "a military truck carrying a BUK M1 in a [Russian] border town" (video grab, top centre).

Also picked up by the Independent and others, the actual location was unspecified, but we are told that the driver of a vehicle equipped with a dashcam filmed a military truck on a main road for two kilometres in a "border area" of Russia at 8.45pm on Saturday 19 July, two days after the shooting down of MH17.

Breathlessly, the Mail asked: "Is this the BUK missile launcher that shot down MH17 being smuggled back to Russia", the "back" to Russia implying that that had been its origin.

Leaving the question hanging, the paper does not explore the obvious discrepancies – such as the only photographs the SBU (Ukrainian Security Services) could produce of the BUK launchers being transported, showed civilian low loaders being used (and one from 18 March). Why should they suddenly appear on military transporters?

Also unanswered was the question as to why, having supposedly been trucked into Russia in the small hours of Friday morning, not one but two launchers should be seen, obscured by tarpaulins, being moved by low loaders in Russian military colours. How come they had only been moved two kilometres from the border, some 40 hours after they had supposedly arrived?

Apart from these problems, though, the thing that has been troubling me most is that the shrouded vehicle on the back of the low loader didn't actually look right for a BUK launcher. Without being able to go into specifics, there were several elements that don't seem to fit.

Firstly, the covered vehicle on the transporter (middle pic) looks very much longer than the identifiable BUK launcher on the Metrovagonmash GM – 569 chassis. The clearest anomalies, though, are the huge overhang from the chassis and, just discernible, seven road wheels (as opposed to the six on the BUK).

Having trawled through the Russian weapons inventory, I now think we are looking at a 9A83-1 launcher (SA-12a Gladiator, NATO designation), or a close variant (lowest pic in the top sequence). Based on the MT-T tracked cargo carrier, with an overall length of 8.7 metres, as opposed to just over 5m for the BUK launcher, this seems much more plausible. There is another picture here.

Also helpful is a computer-generated graphic (below) of the KamAZ-65225 tank transporter seen in the centre pic, carrying a BUK launcher. The vehicle on the load bed gives a much better impression of the scale, compared with the space taken by the actual launcher photographed.  The BUK is quite obviously very much shorter than the loads being carried under tarpaulins. 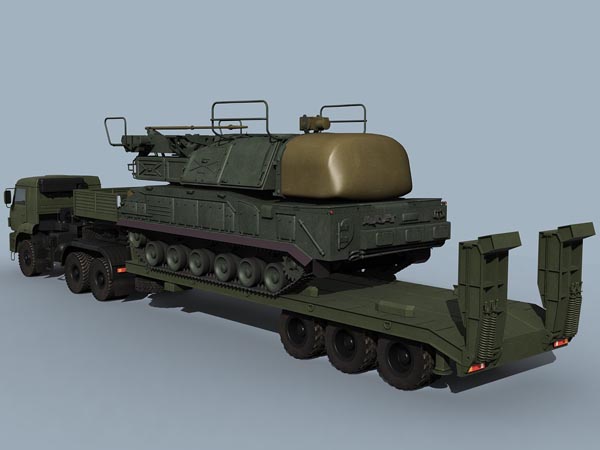 If it is indeed an S-300 launcher under wraps, that is in itself significant. The Russians thus appear to be deploying this long-range missile just over the Ukrainian border. It has a much longer range – up to 120 miles - than the BUK, with a maximum altitude of 100,000ft. A battery could do serious damage to the Ukrainian Air Force.

Whatever the actual equipment resided under those wraps, though, I am now pretty sure the Mail wasn't showing BUK launchers. And that means we have no reliable sightings of a BUK closer than 30 miles to the Russian border, and that one comes without corroborating evidence as to the date.

The closer one looks at this, the more the "evidence" falls apart and the less secure the claims of Russian government involvement seem to be.