EU politics: life on the outside 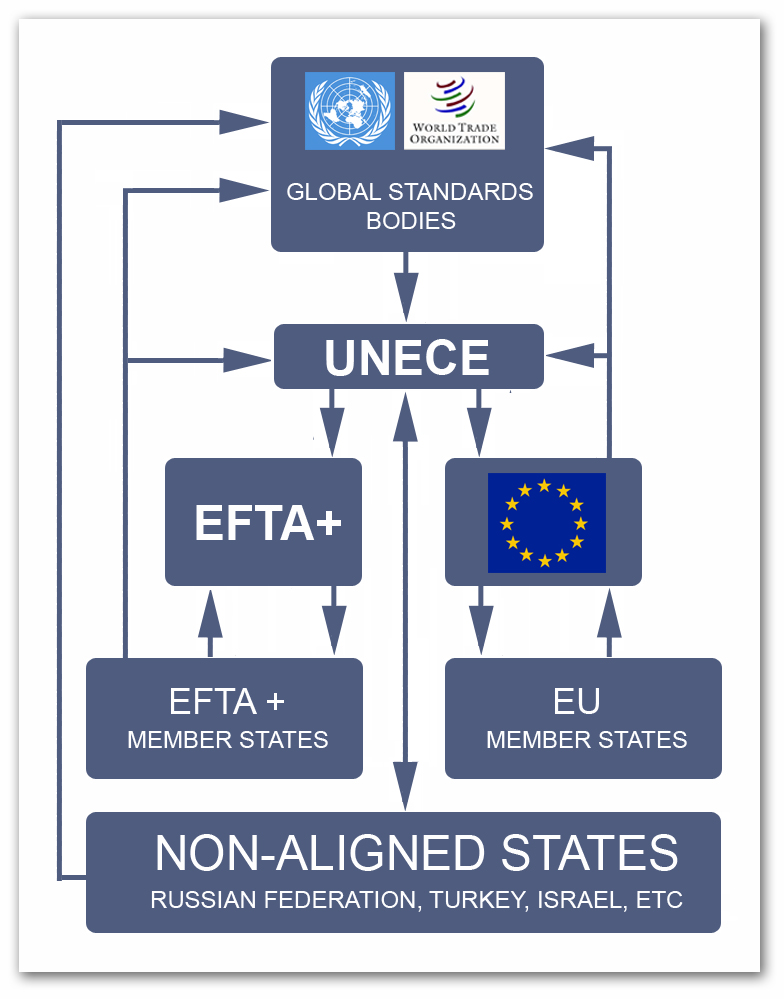 The Today programme interviewed a figure from the past this morning - Romano Prodi, former European Commission president. And via the Mail online, the Press Association has done a limited report.

The thrust of Prodi's remarks, according to this report, was that Britain was "losing weight" in Brussels, with the former Commission president paying us an offhand compliment. When he became president (in 1999), he said, the real leading bureaucracy was the British one, because of the standard.

"Now", he said, "I think that this high level of power has been diminished," with declining influence impacting on appointments to key roles and the choice of policies pursued by the EU. "To have less power in Brussels is to defend less and less your national interests", he added.

Not conveyed in the PA report, however, was the real core of Prodi's argument. Asked whether, if we wanted to be part of a trade association, Britain would have to leave and renegotiate a new relationship, Prodi agreed that, "If you don't want to be part of an evolving group you stay out, that is your choice".

But his thinking, as we saw with the EurActiv report, was one of a "multi-speed Europe". The problem, Podi averred, was that, "you will not be in the core but the periphery". He continued: "As you did with the euro, you can be out on the periphery … if you are interested in a loser relationship with Brussels, you will get less and less power".

This, it seems, is the limit of thinking of the European political class, but it has been an idea gaining traction for some time, not least in the publication of A Fundamental Law of the European Union (Art 137, p.93), which defines the new status of "Associate Member" (see also Protocol No 9, p.284).

Strangely enough, this is not at all a new idea. It was mooted in Britain in 1963, after de Gaulle's first veto of Britain's membership application, but rejected by Heath. His grounds were that an economic association "would not enable Britain to take any part in shaping the Community's policies and the Government should be wary of being enticed into so weak a position" (Stephen Wall, Official History, p.28).

Others have come up with similar ideas, such as from the Alliance of European Conservatives and Reformists. It proposed a European Common Market, based on the concept of a pan-European free trade area open to all states on the continent, including those within the EU. Discussed by Iain Martin, last year, it left open the possibility of Britain being an associate member of the EU, while having fully sovereign parliaments (with control of their own borders).

Previously, Dutch MEP Michiel Van Hulten has offered a European Area of Freedom, Security and Prosperity. It would comprise all EU and EFTA member states, as well as all existing EU candidate countries (including Turkey) and even Russia.

His idea was a free trade area with a common foreign and security policy, adopting the EU's existing internal market rules after reviewing and, if necessary, amending them.

It would co-operate on cross-border issues such as transport and the environment, but would have no role in education, social and taxation policy and justice and home affairs.

The drawback of all such ideas, however, is that they are based on a Europe of concentric circles. Brussels is at the centre and, as Prodi remarks today, other groupings are on the periphery, losing power as they get further from the centre. This necessarily means that those in the outer fringes assuming a subordinate or inferior status. By any measure, this is politically unacceptable to proud nations such as the UK.

What is less well known, however, is that this Europe of "concentric circles" cuts across a well-established global hierarchical structure which goes back to 1947, and argued in 1948 when Winston Churchill, with others, spoke for the United Nations to be the "paramount authority".
Below his global authority, though, there would be regional bodies, "august but subordinate", becoming "the massive pillars upon which the world organisation would be founded in majesty and calm". Effectively, a New World Order would comprise a hierarchy of three tiers – national, regional and global.

In my view, ignoring these and reinventing the wheel is a step backward. Rather than allowing ourselves to be dominated – even entranced – by an EU-centric Europe, we need to build on what already exists, improving its functionality and accountability, thus breaking away from the EU-centric structures.

And within the existing hierarchical structure are five UN regional commissions, the European body being called the United Nations Economic Commission, Europe (UNECE). Based in Geneva, it was established in 1947 and reports to the UN Economic and Social Council (ECOSOC).

It has 56 members, including most continental European countries, Canada, the Central Asian republics, Israel and the USA. Its key objective is to foster economic integration at sub-regional and regional level, and has already assumed some of the administrative functions that were formerly carried out by the EU in creating the Single Market.

Lacking visibility and profile at the moment, and far too much in the thrall of NGO, this organisation does at least have the merit of being intergovernmental, and could form the basis of a genuine, Europe-wide single market, embracing EFTA countries and all the other independent nations of Europe – see structure in the top graphic (See also Flexcit, p.212).

Certainly, we do not need to be taking our ideas from an ex-Commission president, and we can surely do better than promote the idea of a second-grade "associate membership" of the EU, something which even Heath rejected, over fifty years ago.

If we are to have dealings with the EU – as indeed we must – then it should be on the basis of a partnership of equals. UNECE is one possible way by which this might be achieved.