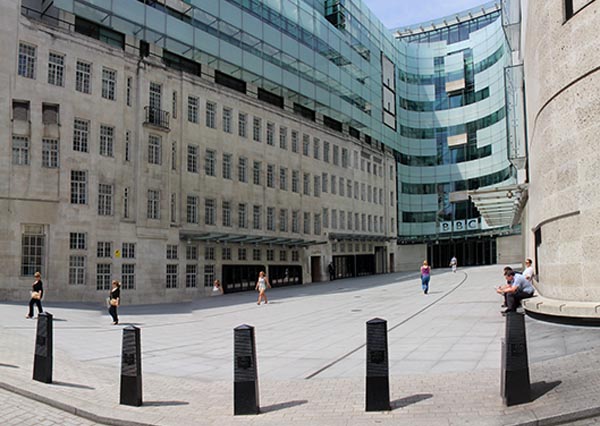 There was a brief frisson of excitement last week, with the Spectator blog telling us that the BBC had received about Ł3 million of EU funds between April 2011 and November 2013, most of which has been spent on unspecified "research and development" projects, with the remaining Ł1 million spent on programming.

What is particularly interesting here, though, is that the EU reports paying the BBC Ł4,345,354.79 (€5,269,083) in 2012 alone, which is considerably more than the Ł3 million which the BBC claims it received in the 32 months which included the whole of 2012. There seems to be something of a mismatch, which needs explaining.

As to what the money was spent on, the Spectator seems to have had a little difficulty tracking this down, even though the information is in the public domain, without even having to go to the trouble of making an FOI application.

For instance, in 2007, from a total of €1,943,146, the BBC World Service Trust got €914,313 for Mobilising the Media in Support of Women's and Children's Rights in Central Asia. It took €679,797 to provide support for the Palestinian media sector "with focus on building sustainable mechanisms for professional development of journalists and media professionals". Then it got €349,036 for developing media and NGO capacity, strengthening disaster prevention and resilience.

In 2008, the Trust got a cool €6,336,146 of which €3,210,511 was for Europaid's "Development Cooperation Instrument" (DCI), allocated to unspecified projects. These would have included things like this, producing a radio soap opera called Urunana to people in a region of Rawanda that offers information about sexual and reproductive health to rural women and young people.

We also see things such as "Training Assistance to Georgia's Public Service Broadcaster", a 15-month project that netted €235,100.

Also in 2008, we see €500,000 being given to the BBC to improve maternal and child health in Nepal, radio programming to address malnutrition in Sahelian West Africa, which gets €400,254 – which no doubt financed a good few celebratory lunches, Then €300,000 is spent on empowering Afghan women to participate in local and national political and public life. Another €130,000 goes on disaster preparedness and disaster management education on the airwaves.

For 2009, the BBC World Service Trust gets a total of €3,498,043, including €1,165,960 to provide support for media capacity in the area of EU Integration and €598,583 to strengthening radio stations in Somalia to promote human rights, peace and governance. We also get such gems such as, "Shaping the future of the Turkmen media in the post-Niyazov thaw”, two years of work budgeted at €1,200,000.

The year 2010 is another bonanza year for the Trust, when it nets €6,034,385, with €2,499,508 paid for assistance to the digital switchover in Serbia, €955,459 for unblocking the cocoa value chain through informal and formal pathways to learning in eastern Sierra Leone, €639,972 for a project called "Historias - Drama for Dialogue", in the Angolan provinces of Malange, Bie and Kwanza Sul. Then there was €599,932 for strengthening the use of media in the "promotion of human rights, gender equity and peace" in Somalia.

This busy year also pulls in €562,500 on a project called "Media for Advocacy and Empowerment", the location described as: "Solwezi in Northwestern Province, Monze in Southern Province", presumably in Zambia. There is also €465,112 up for grabs for, "A national conversation on human rights, governance and democracy" in Sierra Leone, and €300,000 on a "Women's Media Dialogue". This is an "integrated media project to improve access for Afghan women to political participation".

For the Trust, the following year, 2011, seems to be a poor one financially. It takes from the EU mere €354,954, nominally to provide support for media capacity in the area of EU integration. However, there also seems to be another award of €600,000 on 8 September for "Supporting Freedom of Expression in Guinea through the private media". This does not show in the annual sum.

Figures for 2013 have yet to be posted but, on the current average, the BBC World Service Trust is making slightly over Ł3 million a year from the EU - well over the Ł3 million in 32 months that the Spectator is asked top believe. That is enough to make sure that the parent institution isn't too critical of its benefactors.

Furthermore, this isn't the first time the BBC has understated the amount it gets from the EU claiming in early 2012 that it had received Ł3 million in the previous four years when the actual sum was in excess of Ł16 million.

The state broadcaster's reticence to disclose the real amounts it is getting from our supreme government thus tells a worrying story. And if it is concealing the truth about its income from the EU, what else is it hiding?