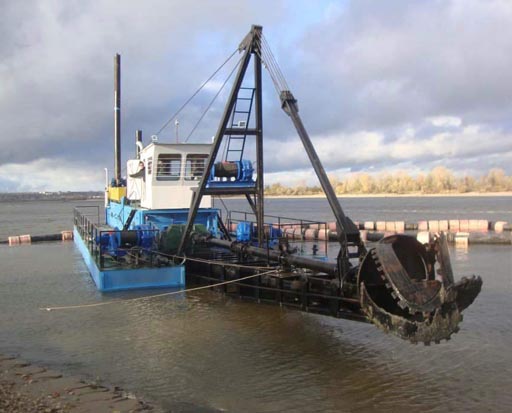 Last night, I had a very long talk with an elected member of one of Somerset's drainage boards, a man with a farm close to the centre of the floods, who has been serving on the drainage board for over 20 years, and who has intimate knowledge of local conditions.

One reason for talking was to clear up the confusion as to whether dredging was stopped on the Somerset Levels when the Environment Agency took over, to which the answer is "yes" and "no".

Responsibility for dredging on the Levels is split between the Internal Drainage Boards (IDBs) and the EA, the former clearing the "ordinary watercourses" while the EA does the "main rivers" Ė those designated as such by Defra.

According to my source, when Barbara Young took over as chief executive of the Agency in 2000, she stopped the routine dredging of the main rivers, although the IDBs continued their dredging programmes. Thus, some dredging was carried out right up until the current floods.

What seems to have happened is that the deterioration was initially slow to manifest itself. But, once it set in, as the silt burden increases, flow is hampered slowing down the flow and increasing the silting, setting up a spiral of decline.

Why Young was so keen to see this happen is illustrated by a piece in the Guardian in 1 February 2008, devoted to the celebration of wetlands.

Wetlands have a problem, the piece said. Because they are usually in low-lying areas, and easily accessible, they are prime targets for development. By draining a wetland, and building homes, roads and factories, a nation may boost its economic performance; but this is almost always at the expense of biodiversity.

Yet, we were told, it's not all bad news. Uniquely, wetlands can be created Ė or recreated Ė much more quickly and easily than other vital habitats such as ancient woodlands, hedgerows or rainforest. Then came the "money quote" from Young, still chief executive of the Environment Agency. "Just add water!", she said.

In effect, allowing the Somerset Levels to flood was one of the quickest and cheapest (for the Environment Agency) ways of creating new "habitat" to satisfy EU demands.

The naivety of the politicians on this, though, is wondrous to behold. Only a few days ago, we had John Redwood observe of the BBC Today programme:

They should first have explored the issue of whether it is a deliberate policy of the Agency to allow large parts of the country to be flooded, as they seem to wish to restore old landscape prior to the draining of the land to create homes and farms for people. It appears from various EA statements that they do hanker after more wetlands and fewer farms and homes in certain areas.

That, of course, is the case. The flooding is the result of deliberate policy, mandated by EU law. These are "designer floods", made to order.

To justify them in its own terms, though, the EA has undergone some elaborate financial manipulation to demonstrate that reverting to "nature" is cost effective. To do so, it artificially inflates the cost of flood prevention maintenance, while downplaying the costs incurred through flooding.

An example was given by my Drainage Board source. To dredge a 1.2-mile section of the Parrett, they got a quote of £7,500. For five miles dredging of the same river, the Environment Agency claims it will cost £4 million. By then assessing the economic cost of flooding agricultural land as zero, it is then very easy to show that flood prevention is not "cost effective".

Not least of the problems is the disposal of the dredged spoil. Under EU rules, it can be placed on the bank side but if it is double-handled Ė i.e., moved again Ė it becomes controlled waste and must be removed to landfill at a cost of £140 per cubic metre.

To overcome this problem, the drainage board is very keen on using a suction dredger. Cutter-suction machines such as the one illustrated Ė with smaller versions available Ė are the perfect answer, as the spoil can be pumped some distance from the dredging site without falling foul of EU rules.

From the EA's own studies, we can now see that dredging would have been highly effective in reducing the extent and duration of the floods, despite the previous assertions that it could not be justified on financial grounds.

The trouble is that, until the water subsides, it is very difficult to get a dredger in to do the work. For Barbara Young to "just add water" was all too easy. Getting it back out again is another matter.