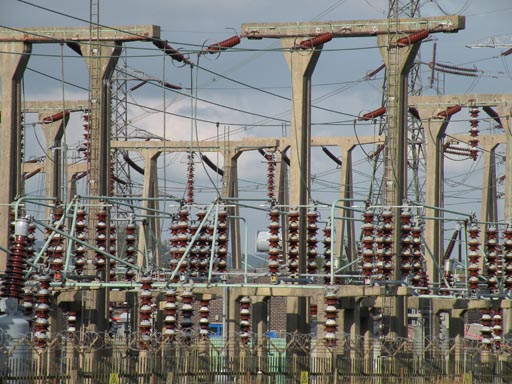 Compared with the flood of online comment when a certain political party is mentioned, the responses to newspaper reports on the latest EU climate change and energy package have been remarkably thin.

Most of the legacy media comment has focused on the headline news that the Commission has abandoned binding renewables targets, something picked up by the Mail, the Telegraph and the BBC. Even the revered Watts up with that has been gulled by the headlines, as indeed has been the New York Times. The Independent however, breaks the mould, arguing that Renewable energy targets are bad policy.

The trouble with EU communications though is that, even when they are written in English, and thus use English words, the language isn't actually English. Words like "binding" which mean certain things to you and me don't necessarily mean the same thing to the Commission. If someone really wanted to make a fortune, they would devise a version of Google translate which was capable of turning Commission-speak into ordinary language.

This, however, may prove impossible. A word can not only mean something completely different from its ordinary usage, the same word can mean different things according to context, and even the time of day – and certainly when it occurs in the Commission life-cycle. The proximity of treaty negotiations also affects meaning.

Here, one has to recall that we are at the end of the life of this Commission. It effectively goes on hold in May, with the European Parliament elections and will not start work anew until November. Then, the new Commission is appointed, with a brand new president. Then, most probably, we will be seeing (or shortly thereafter) an announcement of a treaty convention, starting the following year.

With these factors in minds, one needs to ignore the legacy media renditions of the Commission press release. Strangely, the telling detail is there, but the document (of the many produced) which probably has the most significance is the COM final.
This is a type of document which few journalists ever read and even fewer would understand if they did. In this case, we are confronted with something of relatively modest length – a mere 18 pages. But what it gains in brevity, it  - like the press release which summarises it -  makes up for in obscurity. It is written in the very best of Kremlin-esque traditions, where the real meaning is hiding in plain sight.

The crucial part of the COM is right at the very end, under the heading, "next steps". There, we see the "Commission's view", of the key elements of a new 2030 climate and energy framework. It should comprise, the Commission says, "a Greenhouse gas reduction target at EU level which is shared equitably among the Member States in the form of binding national targets; a reform of the Emissions Trading System" and "an EU level target for the share of renewable energy".

All that is headline stuff, and it tells you very little indeed, because the real meat of the whole COM is tucked in at the end of the sentence, where the Commission confides that it wants, "a new European governance process for energy and climate policies based on Member State plans for competitive, secure and sustainable energy".

Then we are told, "Energy efficiency will continue to play a significant role in delivering the Union's climate and energy objectives and this will be the subject of a review to be concluded later in 2014".

Reading on, we see that the Commission is inviting the Council and the European Parliament to agree by the end of 2014, that the EU should pledge a greenhouse gas emissions reduction of 40 percent by early 2015 as part of the negotiations which conclude in Paris in December 2015. Then we get the view that the "Union should also be prepared to contribute positively to the summit hosted by the UN Secretary General in September 2014".

For this, the Commission also "invites the Council and the European Parliament to endorse an EU level target of at least 27 percent as the share of renewable energy to be consumed in the EU by 2030 to be delivered through clear commitments decided by the Member States themselves, supported by strengthened EU level delivery mechanisms and indicators".

With that now in the bag, we see not so much another chunk of meat, but a wholesale joint, enough to feed the multitude.

The magic words in all this are "a new European governance process for energy and climate policies" and a "simplified but effective governance system". This is code for "treaty change" and a new, all-singing, all-dancing climate and energy policy. Thus, all we have here is an end-of-term prospectus from a soon to be departed Commission, and a marker for new powers when it comes to the treaty negotiations which cannot now be very far ahead.

The rest is simply a holding statement. Nothing changes in the immediate future and, by the time we reach 2030, a new treaty will have been on-place and fully working for more than a decade, delivering that which the Commission is presently unable to enforce.

By then, "binding" really will mean binding. Commission-speak and the English language will have merged.