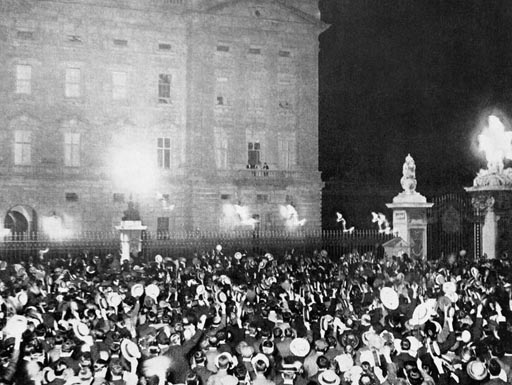 The declaration of war was greeted with wild celebration but, by the end, humanity had learned enough of a lesson not to be quite so welcoming of the next.

It was during that conflagration, however, that the young Jean Monnet first developed his theories of supranationalism, ideas which he honed during the post-war period, determined to develop a political model which would ensure the end of all wars in Europe.

In Monnet's mind was a construct which he quite openly called the United States of Europe and, with a young English civil servant, Arthur Salter, had by the mid-1920s formalised a plan from which the current shape of the European Union is readily discernable.

The point, of course, is that the Monnet "plan" was intended to prevent the Second World War. So, before it ever came to fruition in the 1950s, Monnet's plan had already failed. And, like a gift that keeps on giving, it keeps on failing.

Very little of that will be discussed this year in what is laughingly called the "mainstream" media, but the shadow of 1914 will be with us through the year as plans unfold to bring us yet another EU treaty.

This year also, with the IEA "Brexit" competition, we might just be one small step closer to leaving the "evil empire". I remain convinced that until we – the anti-EU movement - are able to offer a credible exit plan, we have no chance of securing an exit.

On the other hand, when we can deliver the intellectual goods, as did Jean Monnet, we will have the beginnings of the end. And that is a good enough thought to sustain us through 2014.
Happy New Year.