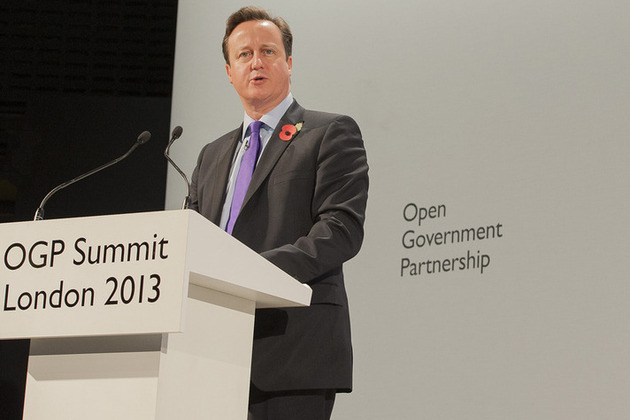 Obviously nervous about the ongoing backlash over the corporates and their tax affairs, David Cameron yesterday announced plans to create a publicly accessible central registry of information on beneficial ownership. This, Reuters tells us is "designed to expose international money laundering and tax evasion schemes", and will be opened up to public scrutiny.

However, the essence of public concern is about corporates such as Google and Starbucks – to say nothing of the water companies and others – avoiding UK tax payments, adopting perfectly legal strategies arise from provisions of EU treaties. These are mainly to do with freedom of establishment, and the freedom of movement of capital and payments.

Nevertheless, Mr Cameron seems quite deliberately to be fostering confusion between the quite separate notions of "avoidance", which is perfectly legal, and "evasion", which is not. By appearing to clamp down on the latter, and tying it to that other great evil, "money laundering", he doubtless hopes to convince us that he getting to grips with public concerns.

Says Mr Cameron, "We need to know who really owns and controls our companies, not just who owns them legally, but who really benefits financially from their existence". For too long, he adds, "a small minority have hidden their business dealings behind a complicated web of shell companies and this cloak of secrecy has fuelled all manners of questionable practice - and downright illegality".

Having lodged this word "illegality" with his audience, he tells us that this "is bad for the developing world – as corrupt regimes stash their money abroad under different identities". Not only that, he tells us that, it "is bad for Britain’s economy too – as people evade their taxes through untraceable trails of paperwork".

Now watch for the bait-and-switch, as Mr Cameron pick up on the furore over the corporates avoiding tax. First the "bait": not only is this (non-payment of tax) "hugely unfair to the millions of hardworking people in Britain who pay their tax, it's also bad for business", he says.

"To keep corporate taxes low, you've got to keep corporate taxes coming in", he then avers – making the link with the corporates and deftly focusing on avoidance. Then comes the switch. Those expecting a solution are offered this nostrum: "So that's why we need to shine a spotlight on who owns what and where money is really flowing".

So, all the voters get is a "spotlight". What Mr Cameron cannot do, of course, is admit that he has no strategy whatsoever "to keep corporate taxes coming in". He cannot admit to the essence of this paper on the Thin Cap Group Litigation, a case which makes it very clear that the EU's three freedoms – capital, establishment and services – prevent any action on the part of national governments to prevent corporates offshoring their tax liabilities.

The government cannot possibly admit that the losses of such huge sums lost to the taxman are attributable to EU treaty law. Apart from anything else, it would destroy Mr Cameron's carefully fabricated claims about the benefits of EU membership.

However, when it comes to media silence, there are those who believe that the UK is responding to global agreements rather than specific EU measures. That is not the case.

Nevertheless, it is the case that there are global (and regional) agreements. Historically though, the main driver of free movement of capital has always been the European Community, as this paper by John A Usher attests – 40 pages packed with detail about the evolution of capital controls.

Outside the EU, the most prominent players is the OECD with its Code of Liberalisation of Capital Movements. This was established in 1961 and has been progressively amended and extended. The current version (2013) runs to 173 pages.

For the record, all 34 OECD member states adhere to the code, including the United States, most EU members, Switzerland and Turkey, and the "benefits" have been extended to all members of the International Monetary Fund. Furthermore, on 28 June 2012, the OECD made its codes open to adherence by all interested countries.

But, as this paper produced for the European Commission points out, while there are similarities between the code and EC (EU) provisions, within the territorial area of the member states, only EU law can give binding force to commitments endorsed in the code. The OECD code, therefore, is only used externally, as with third party agreements, as with Turkey.

Not only this, while the OECD code addresses the free movement of capital, the EU provisions – acknowledged very early on - are "appreciably stricter than those in the OECD". This led the European Commission in 2012 to boast that: "The EU has one of the world's most open capital movement regimes".

And, as the Thin Cap Group Litigation case makes clear, EU provisions gain their force by combining the three freedoms, capital, establishment and services. Nor is there any dispute as to the effect of these provisions. Jean-Pierre Raes, an official of the European Commission, tells us in this paper:

The free allocation of capital within the Community and beyond its external borders limits severely Member States' ability to protect the integrity of their national tax system. Such negative consequences are particularly felt in the field of direct taxation, in particular personal and corporate income tax as well as taxation of interest and dividends.

This, then, is the "elephant in the room" which Mr Cameron is quite obviously at pains to conceal, despite it costing the Treasury upwards of Ł12 billion each year in lost taxation - yet another benefit of our EU membership.

Meanwhile, behind the scenes, other players are at work. One of the earliest in the field of capital movement regulation was the IMF and currently we see the G20 working with UNCTAD (United Nations Conference on Trade and Development) to resuscitate the IMF's Articles of Agreement of 27 December 1945. These provide for the possibility that "members may exercise such controls as are necessary to regulate international capital movements …".

The G20/UNCTAD report notes that experience with the current financial crisis also seems to challenge the conventional wisdom that dismantling all obstacles to cross-border private capital flows is the best recipe for countries to advance their economic development.

Thus, for the first time in over half a century, the major economic powers are questioning the unrestricted free movement of capital, and are considering whether to reapply capital controls.

Bound by EU treaties, however, the UK cannot follow the G20/UNCTAD line and make unilateral adjustments to capital rules. Any new restrictions have to be agreed at an EU level, which are not easily brokered. Mr Cameron is up the creek without a paddle. He has an insoluble problem and can only pretend he is in control, which is precisely what he was doing yesterday.