Global governance: at the bottom of the regulatory food chain 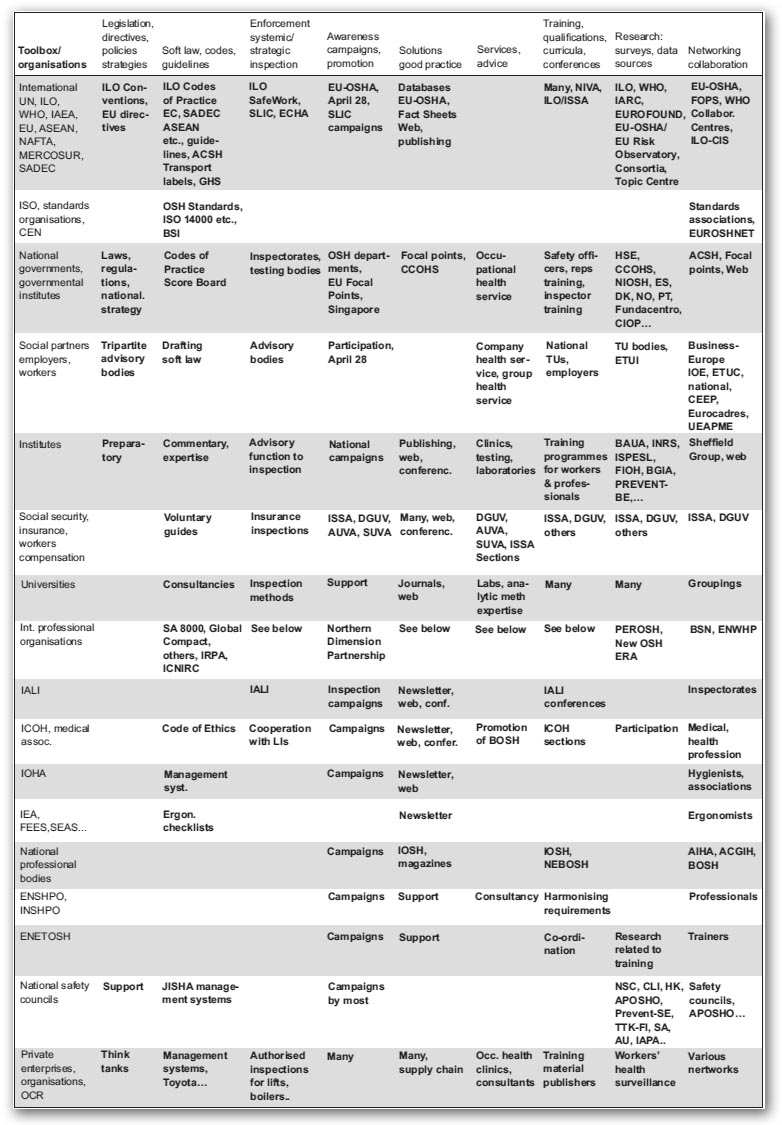 Grumbling on behind the scenes is a not-so-small example of how government has gone off the rails, one which has been charted by Booker as part of what he calls the "asbestos scam". The particular example for today though is agriculture. Farmers are particularly vulnerable to the scam because some 50,000 British farms have buildings containing asbestos cement, made from white asbestos, which must eventually be replaced.
And now, the new Control of Asbestos regulations, which came into force in April 2012, are – according to Booker - set to cost the industry an estimated Ł6 billion, despite the country's leading independent experts saying that the controls are wholly unnecessary.

However, the Health and Safety Executive – responsible for enforcing the regulations - refuses to listen to their arguments, even though a study by its own experts confirmed that the farmers and their scientific advisers are right.

Not least of those advisors was Sir John Beddington, the government's former chief scientific advisor. As Booker reported, his team not only tiptoed round the scientific evidence but played as a trump card the fact that white asbestos is classified by the World Health Organisation (WHO) as a "Class 1 carcinogen".

Nevertheless, efforts are continuing to relieve farmers of their expensive burden, with some hope that a new chief scientific advisor will take a more "liberal" view of the problem.

That he faces almost insuperable problems, though, is hinted by Booker's earlier reference to the "trump card" of the WHO, which is actually one of the key drivers of the regulatory regime. But, as the chart (see pg 21) reproduced above shows, the WHO is only one part of a huge and complex international system which is driving the regulatory agenda.

For sure, at the pinnacle of the hierarchy of influence is the WHO, but the actual body that "informs" this organisation is the International Agency for Research on Cancer (IARC). Based in Lyon, France, with an annual core budget of €41 million, it is the specialised cancer agency of the WHO.
It is this agency which has been making the running, through its "working groups", setting out the basis for policy in its Monograph 100, the full version of which runs to 526 pages.

It is this work which justifies the classification of all types of asbestos as a "Class 1 carcinogen" and as long as the authority of the "IARC classification" stands, it is almost impossible to make any progress. Not least, we then see the EU adopt the standard, which is then treated with great reverence by the European Parliament.

But, as our chart illustrated above also shows, these are by no means the full extent of the players. Another key player is the International Labour Organisation. Based in Geneva, it has produced its own code of practice, which is constantly updated, and used as a model for national regulatory systems.

The ILO, in turn, is "informed" by the International Commission on Occupational Health (ICOH). Founded in 1906 in Milan as the Permanent Commission on Occupational Health, it is now recognised by the United Nations as a non-governmental organisation (NGO) and has close working relationships with ILO, WHO, UNEP and ISSA.
The policy of the ICOH is to support "a global ban on the mining, sale and use of all forms of asbestos … to accomplish the elimination of asbestos-related diseases". There, it links back to the IARC monograph which asserts that chrysotile causes malignancies of the lung, pleura and peritoneum. Therefore, it says, amphibole-only bans are inadequate; asbestos bans need to include chrysotile (white asbestos) as well.

By such means is the loop closed, and then we see (in the chart) the trickle-down through a veritable alphabet soup of international and national organisation, which include professional organisations, insurance companies and labour unions. Against such weight, even the voice of the UK's chief scientific advisor is reduced to a whisper, while our own politicians are virtually powerless.

Here then is a classic example of world governance. Interestingly, the chart referenced even talks of "soft law" and "guidance", which is so influential in driving the system, so that by the time the it reaches us, in the form of EU Directive 2009/148/EC, there is very little chance of making changes.

And, while the current law has an EU label, the origins stretch back to Geneva and beyond, taking in Lyon on the way, part of an invisible system which puts us at the bottom of the regulatory food chain, subject to controls and agencies, the existence of which most people are completely unaware.

When it comes to "reform", therefore, the EU is only the tip of the iceberg. In order to regain control, even invoking Article 50 would only be the start of a long and complex process.