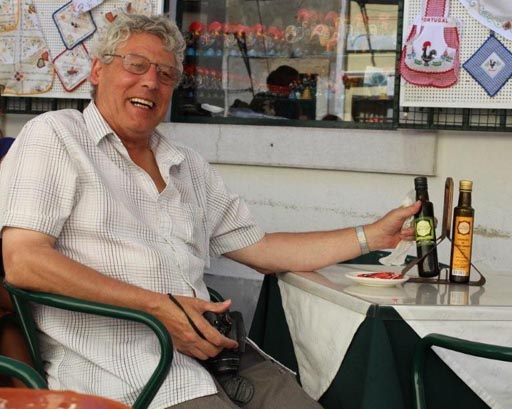 A little while ago we were commenting on European Commission plans to ban self-fill aceitera in restaurants, thus reducing the chances of adulterated olive oil being served.

When the Commission was forced to climb down, this was hailed by the British press as a great victory, although it had failed to note that Italy had recently passed a law requiring non-refillable bottles to be used and that Portugal had been using such bottles since 2005 with "positive results".

And just to demonstrate that not all restrictive law is regarded as an imposition, we saw the Spanish Association of Bars, Cafes and Restaurants supported the Commission proposal. "Now we will be able to guarantee the quality of extra virgin olive oil on the table," said a spokesman.

At the time, though, I recall a noted resident of Portugal railing against the banning across Europe of small glass jugs filled with green or gold coloured extra virgin olive oil – the sage not realising that they were already banned in Portugal.

But, here we are now in Lisbon (pictured) and, very evident in the café culture are the branded aceitera sets on the tables, the olive oil in non-refillable bottles. A quick chat with our particular patron quickly confirmed that it was "law" to use such bottles, and the EU wasn't even mentioned.

This is quite a serious issue. Olive oil is big business and, annually, perhaps hundreds of thousands of diner were being cheated by being presented with a cheaper substitute when extra virgin olive oil was supposed to be on offer.

Now, there is a greater chance that you get what is on the label, not least because there is a label. Everybody is happier, including the restauranters who are saved the job of refilling bottles.

It was thus a great victory when the evil Commission was robbed of the chance of preventing diners from being cheated – all of which suggests that there is far more to this regulation business than meets the eye. Perhaps it is not a question of regulation, per se, but of who makes it and under what circumstances.