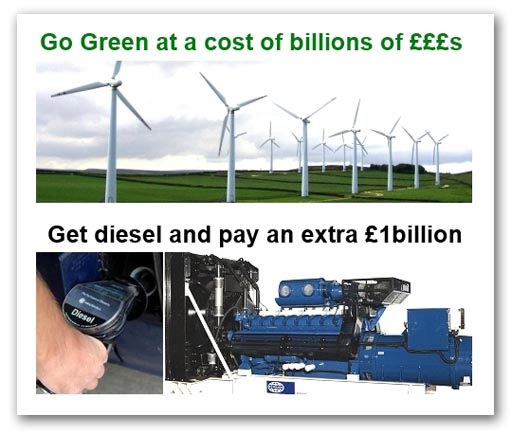 It was the week before last that I was almost totally immersed in researching on the public sector involvement in STOR, convinced that this would make a superb feature for the Mail on Sunday.

In my time, I've done quite a bit of work for that paper, and it's worth doing, as they are generous payers. But, most usually, they come to me with an idea and I write to order. It is extremely difficult and therefore quite rare to get them to commission something we originate. The "not invented here" syndrome is alive and well.

When the Mail didn't respond to my contacts, however, I talked to Dellers, who also had a project on the go, and he agreed talk to the paper, with a view to doing a joint piece. In the event, he was successful, although the response was a grudging 700-word commission.

But, when the editorial staff saw the detail of what we had to offer, they immediately upgraded it to 1,200 words, with pics, making it the centre-piece of a two-page spread. If nothing else, that confirmed my original judgement that we were on to a powerful and important story.

What puzzled me though was that, although Booker had also run the story as his lead item the previous week, and published a follow-up the week later – with the singular exception of Autonomous Mind, there was virtually no carry-over into other blogs or the media in general. The story has died.

Looking for an explanation, there are probably several reasons. The first is that the story turned conventional wisdom on its head. With Ofgem seemingly reporting that we were looking possible blackouts in the near future, here was a piece of work which suggested that we were not, after all, on the brink of disaster.
Despite the very clear intimations from energy minister Michael Fallon (the video posted for us by The Boiling Frog ) that the electricity supply was secure, this sudden turn-round in expectations was simply not something which either the media or the public-at-large cope with. It is simple too sudden and dramatic a change from the years when we have been building up to a blackout scenario.

Here, it is worth noting that Ofgem did not state that we were going to experience blackouts. It was simply offering a number of scenarios, based on computer modelling. Here, the worst-case scenario, based on a number of assumptions that are not likely to happen, had a very tight supply situation in 2015, allowing for the possibility of blackouts. But there was no prediction, as such, that this scenario would come to pass.

Why Ofgem allowed this scenario to take hold – without stepping in to cool the often frenetic media coverage – speaks more of industry politics than it does the likelihood of power cuts. Essentially, the industry has found a means of ensuring security of supply, but the cost is going to be huge. As Booker wrote, "our lights will stay on – but it will cost us a fortune".

It is my belief that Ofgem is playing a dark game. By running up the "scare" flag – or allowing others to do so – it is conditioning public expectations. Once people are firmly convinced that they are about to lose their power supply, that leaves the way open for a solution "miraculously" to be found. In the ensuing relief, there will be little notice taken of the massive price tag which will accompany our salvation.

What is happening, in other words, is that we are being set up for massive price increases. This is damage limitation prior to the event. And, against  this background, people were not prepared for the sudden emergence of the STOR story, which completely confounded the scare narrative.

As for a second possible reason, it could be that people simply do not or cannot believe the enormity of what they are being told. The clues for that are in some of the online responses to the original Booker article, some from claimed experts in the energy industry, who dismiss outright the idea that thousands of small, remote diesel generators can be hooked up to the national grid at a moment's notice, to provide meaningful amounts of power.

This has been reinforced by personal e-mails saying much the same thing, some from recently retired power-plant managers who assert that it is simply not possible to synchronise large numbers of small generators with the grid, and get them online quickly.

The thing about these people is that they are right – or, at least, they were right until very recently. Even a few years ago, what we have been describing would have been impossible. But, with the recent emergence of "cloud software", it is now possible to create what are now being called "virtual power plants".

And what we can see from the link is the principle of "merging smaller local plants into a larger virtual power plant". By using online networks, energy providers can "react flexibly and quicker to energy surpluses or bottlenecks and can balance them out". And so says ABB and Deutsche Telecom, it is now possible "to compensate for the significant fluctuations in wind and solar energy production". 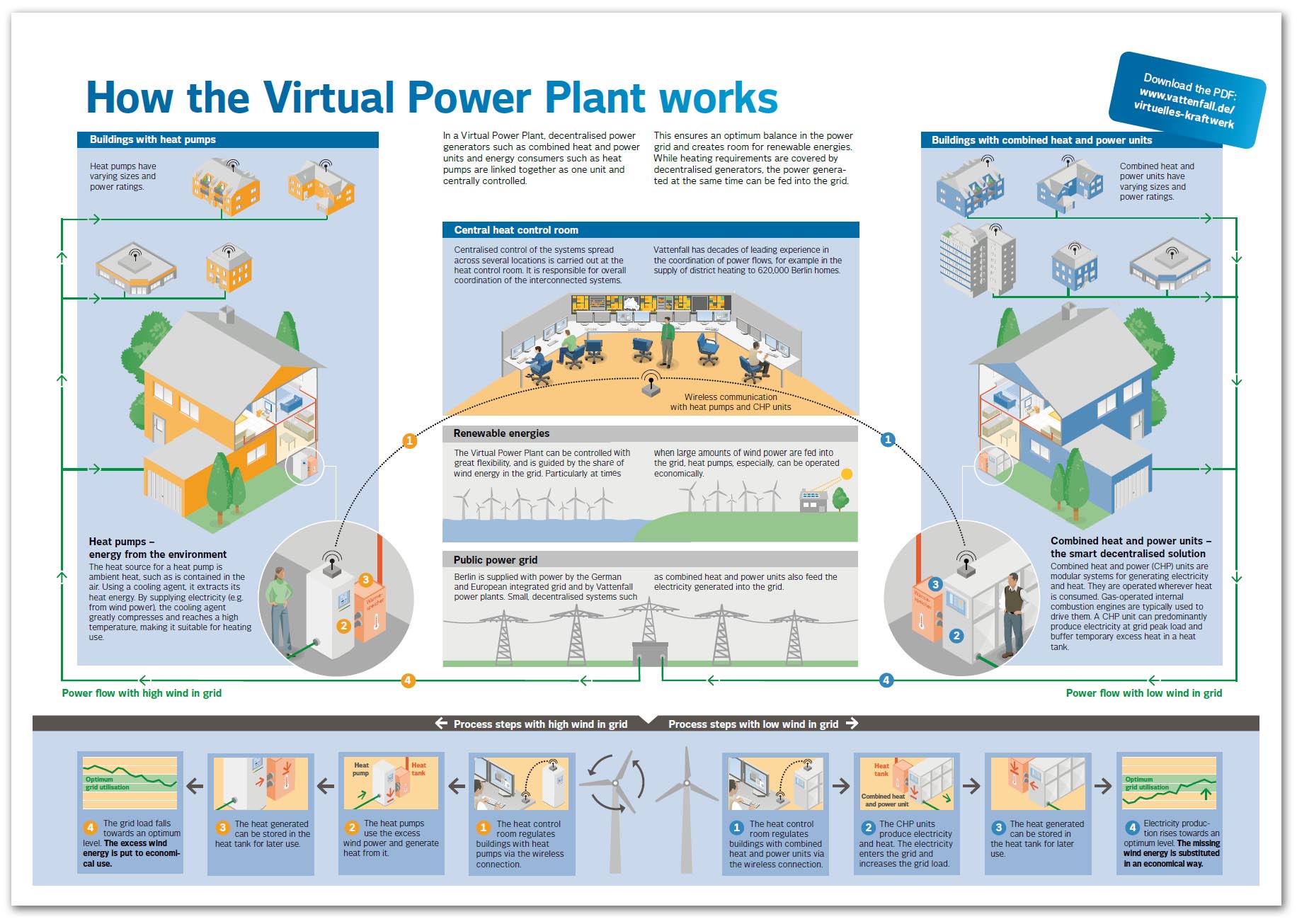 The technology is by no means confined to Europe. In fact, much of the pioneering work seems to have been done across the Atlantic. Here we see the concept deployed in Canada, where the virtual power plant is described specifically as a means of balancing wind energy, using the "smart grid".

Much of this seems to be harnessed to renewable technology, as here in Germany, where a new virtual power plant provider is reported as going nationwide as recently as 10 July of this year. And, as we see here, the demand response system, which begets virtual power stations, is alive and kicking in New York.

Only in the UK, however, has the implementation of the system been so secretive and so expensive for the consumer, and so reliant on small-scale diesel generation.
While companies such as Vattenfall are publishing glossy and misleading brochures about virtual power plants (see diagram above, which focuses mainly on CHP - click to enlarge), even the pundits are unaware of the extent to which system has been developed and its rationale. We have had an energy revolution under our very noses, and no-one outside a very specialist group has noticed.  This is an invisible revolution.

There is possibly the third and main reason why the issue has died. This is a complex development which requires an understanding of the electricity supply system and of current developments. That is simply not there. And if the pundits don't understand something, they tend not to write about it, preferring instead to stay inside their comfort zones.

Thus does an important issue stay off the agenda, while ignorance prevails and the blackout meme continues to dominate. How ironic it is, therefore, that the Green Mr Lean is complaining about "killer diesels poisoning our air" – and all because the man loves his windmills.