EU regulation: Codex is the top table – Part I 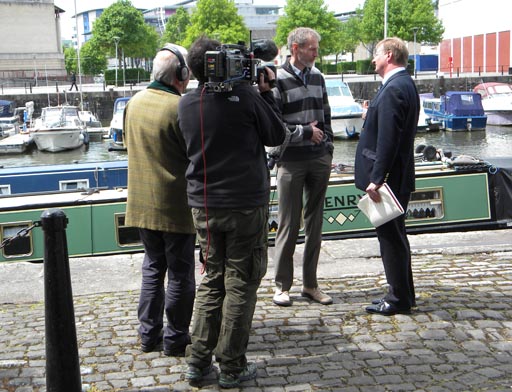 David Cameron says our place is at the "top table" in order to pursue our national interest, and that includes the EU.

"The fact is", he adds, "that it is international institutions, and in them, that many of the rules of the game are set on trade, tax and regulation". "When a country like ours is affected profoundly by those rules, I want us to have a say on them".

But, says Bjorn Knudtsen, Chairman of the Fish and Fisheries Product Committee, when it comes to international rules on food, to ensure public safety and fair trading, the UN body Codex Alimentarius, is the "top table".
As we described in an earlier piece, Codex is one of "three sisters" of international standard setting organisations recognised by the World Trade Organisation (WTO) "Sanitary and Phytosanitary (SPS) Agreement", which together formulate global rules to protect human, animal and plant life or health.

Stopping off on Bristol to hear his wife deliver a conference on public health, Mr Knudtsen was on his way from Norway to Rome, to attend the annual Codex executive committee (pictured above, centre).
As one of the regional heads of his country's Food Safety Agency, and the a Codex committee chairman, he agreed to talk to us about the vital role of Codex, its relationship with the EU and with Norway and the EEA, and its task in making the rules that govern international trade.

What makes this particularly relevant is the ongoing controversy about the so-called fax law and Mr Cameron's claim that – like Norway - we would be governed "by fax" from Brussels if the UK quits the EU.

As Mr Knudtsen pointed out, though, Norway – at least in his area of speciality – is not governed in this way, even though, paradoxically, most of the law covering fish and fisheries products does come from Brussels.

The paradox is explained by the way Codex works. Mr Knudtsen's committee is 170-strong, with 50-60 countries most interested in seafood. The committee was established in 1963 and, with the active participation of the members, makes the rules which the WTO accepts as the basis for trade.

Increasingly, member states and trading blocs – such as the EU - are adopting Codex standards as the basis for their own regulations, and are gradually undergoing a process where existing regulations are being changed so that they match Codex standards.

Thus, we have a process where standards are generated by member states working with this international body, for adoption by Codex. Often the EU (as indeed are other trading blocs) promotes their regulations, trying to get them accepted as the Codex standard, but the dominant driver is the science. This determines the standards necessary to protect public health and ensure fair trading practice.

Says Mr Knudtsen, a draft regulation may take 6-8 years to go through the system until it is finally approved, usually by consensus. Although there is a complex voting system, votes are usually avoided as being divisive. If there is not complete agreement, the preference is to rework the draft until all parties do agree. And, at any stage, a member state can veto a provision, through an informal process or, formally, by calling for a vote.

When it comes to Norway, trade in fish and fisheries products is a vital national interest, with 95 percent of products, worth €3 billion annually, being exported. And as an exporting country, says Knudtsen – like other major exporters – strict regulatory standards are a necessary and acceptable price to pay for what he terms "certainty".

Companies preparing a product for export will not know from the outset the destination of any particular batch. Therefore, they want to be able to produce to a generic standard which will be accepted in any and every country to which the product might be despatched. They don't want to be producing different batches to different standards.

But when it comes to framing those rules, Norway is fully involved right from the outset. It even pays approximately Ł250,000 a year to host the Codex fisheries committee. That gives Norway no specific advantage, Knudtsen says, but he agrees that it gives them what might be called "situational awareness" – an early and complete insight into what is going through the system.

Once the Codex standard is agreed, a hierarchy is created. Knudtsen openly admits – without the least hesitation – that Codex, and international bodies like it, form part of world government. Global trade requires global rules, and they produce them, handing them back to member nations and trading blocks such the EU and NAFTA, as well as the Asian blocs.

With the EU though, it also deals with the EEA, of which Norway is a member. We thus have a situation where the EU takes the Codex standards and in turn uses them as the basis of its own rules for its members and the additional EEA members.

At no stage, therefore, can it be said that Norway is simply the passive receiver of rules from Brussels. His country, says Knudtsen, has been involved at every step of the process from inception to the final formulation of the rules. Brussels then adds the EEA "packaging", before passing it on, but the substantive issues have been agreed long before the standard formally reaches the EU. In no way, and at no time, does Norway ever feel that the rules have been imposed on it.
In Part II, we will continue this report, and look especially at the relationship between the UK and Codex.