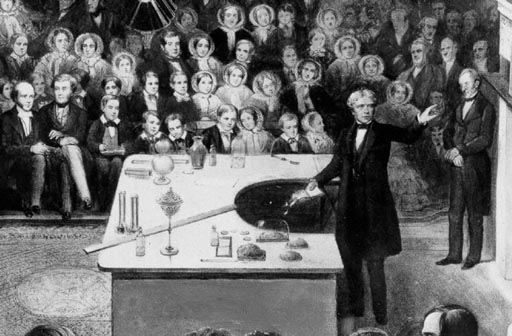 Having promised to write a piece on the Harrogate Agenda each week (usually on Sunday), I thought of making my last piece today's subject. This deals with protest groups throughout Europe, reflecting the growing disillusionment with establishment politics.

If I was to have focused on that, it would have been to ask how many of the movements we are now seeing have actually achieved anything substantive, and how many of them will still be in place in, say, twenty years time, and will have achieved their objectives ñ whatever they might be.

What probably distinguishes The Harrogate Agenda (THA) from these other groups is that we have a very clear statement of objectives. This has been carefully thought out; it strikes at the very roots of power and, when adopted, will make a very significant change to the way we are governed.

That said, we have no illusions about the difficulties involved, and have thus written earlier about being in this for the long haul, and of the need for a foundation year. There are those who would wish us to move faster, but from those, I notice no convincing arguments about how we could speed up the process of getting the Agenda adopted.

That, actually, defines our approach. There are many would-be campaigners who define "success" in terms of activity rather than outcomes. They will congratulate themselves on holding a demonstration, on starting up a website, on getting favourable publicity, or even on coming second in an election.

For THA, though, there is only one outcome, measure of success ñ the implementation of all six of our demands. If we achieve that inside twenty years, it will be a miracle. And the only way that "miracle" will happen is through a carefully structured, measured approach, built on solid foundations.

Further, it has always been the case that campaigns cost money and, last week, I discussed the idea of creating a form of franchise, which would enable the movement to be structured as a business, to generate an income to cover expenses and to pay those who work for the cause.

There are those who disagree with this approach, but unless they can come up with a better idea for funding a long-term campaign, this, as they say, is the only game in town. We would need to be convinced that there was another model which could sustain us over the many years that it will take to fight our corner.

Short of any better ideas, we will continue to work on a franchise model, as described last week, to which effect, we have already devoted a considerable amount of time and effort, developing the "product package" which will form the basis of the franchise.

So far, what we have in mind is a foundation pamphlet, similar in length to a typical Bruges Group pamphlet, which will describe the basics of the Harrogate Agenda, and the reasoning for it. This, our franchisees can sell for a modest fee. And if the term "franchisee" offends, notwithstanding that our MPs hold our franchise, call them "agents" or some such.

In time, we will also produce six further pamphlets, each one describing one of the six demands in greater detail, again produced for sale at a modest fee by our putative franchisees or agents.

On top of this, plans are well advanced to produce two broadcast-quality video documentaries, each of about half an hour in length. The first will essentially illustrate the foundation pamphlet. The second will be about the "Norway option", and its application to any forthcoming EU referendum and a "no" campaign.

We aim to have short versions on YouTube, but the full-length videos will be available on DVD and download, for a modest fee ñ more saleable products to form the franchise package. Over time, we will, of course, consider making more. These two are assured, as we have secured the very generous sponsorship to fund their making ñ about £25,000 in all. With that, we have a busy filming schedule set for the summer, aiming to complete by our annual conference, provisionally set for 19 October.

However, the core of the franchise package, and the bulk of our early activity, will be the "workshops". These I will describe in more detail next week, but the essence is a series of talks. When combined, these can form half-day, day or weekend "events" which can be marketed to the public for a fee.

The basis of this "product", in the hands of our agents, will be a fully tested series of lecture notes, powerpoint illustrations, and a support package which includes training and marketing assistance.

When we get going, therefore, we will have a range of "products" ñ the workshop series, pamphlets and DVDs, with more to follow. On top of conferences, and other events, we think this will make a good start. But quality products don't come quick, cheap or easy. Which is why we need a foundation year.