The Harrogate Agenda: a franchise affair 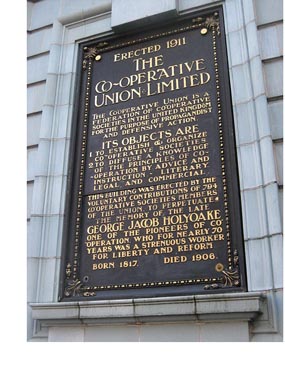 In the months following the first meeting of what we have come to call The Harrogate Agenda (THA), I have been careful not to push it too often on the grounds that over-exposure will simply invoke an adverse reaction. We are under no illusions that, when it comes to constitutional affairs, attention spans tend to be somewhat limited.

Probably, though, I have erred on the side of caution, in that there is a greater demand for information than I anticipated. I also tend to make the mistake of assuming that because I know something and have discussed an issue with a few people, everybody in the group miraculously becomes aware of it. This, of course, is never the case.

Communication, therefore, needs to be improved, to which effect Niall Warry is working up to produce a newssheet at regular and what I hope will become frequent intervals. As a matching initiative, I have agreed to produce at least one piece dedicated to the Harrogate Agenda on this blog, which I will generally post on a Sunday, unless good reasons suggest another day.

There is also the option of using our dedicated website and there has been a commendable initiative in populating the site with our basic demands. However, I do not want to go down the route of promoting another website yet, until we have the resources properly to administer it and publish new material at least daily.

The enthusiasm of those involved is much appreciated, but we do not want to repeat the mistakes of other campaigning groups, in starting something when we can't keep up the momentum. To service a website properly we need people who have the time, skills and commitment and, if we are going to demand all three, our view is that they have to be rewarded for their effort. They must be paid.

This brings me to the main subject of this post – the problematical issue of how we fund THA.

Very broadly speaking, there are two models on which we can rely – the voluntary/donation and the business models. In other words, we can either seek to build the organisation on the back of voluntary labour, with the injection of cash donations, or we can set ourselves up as a "business", funding our activities through the sale of goods and services.

In fact, any successful (and even half-successful) campaigning group tends to be a combination of both – a hybrid. The Bruges Group is a good example. It invites subscribers and donations, and it also sells its products, mainly pamphlets and meetings. From its profits, it manages to employ its director, Robert Oulds, and to finance its activities.

The essence of this "business model" is that there should be saleable products and services, and it is here that a great deal of work has been going on behind the scenes. The aim is to produce a starter "package" by September, which will spearhead our fundraising activities.

Before discussing this in detail – which I will do in next week's piece – I want to explore how we actually go about marketing this package, and it is here that the word "franchise" rears its head, inviting unflattering comparisons with well-known commercial operations.

However, one should not get hung up on the word. Very often in literature we see it combined with another word, as in "political franchise", meaning – effectively – the mandate we give via our votes, to elected MPs. We chose to mean by "franchise" a mandate given to individuals and groups to go out and spread the word about THA, in a way that will ensure continuity and secure adequate funding.

In short, at the "centre", we will develop a marketable "package" (of which more next week). But, instead of adopting a "top-down" marketing structure, where everything is managed and controlled from the centre (thereby limiting growth), we aim to make this available to volunteers (or franchisees) who will undertake to develop particular territories.

By this means, the franchisees will be able to fund their own activities, with relative freedom as to how they go about their tasks. Those who wish to do so may be able to earn a modest living as well.  We see every advantage in this. If people working for the cause are properly paid, they can keep up the momentum.

Going back in history, there are plenty of precedents for using commercial activities to find political activism, not least the Cooperative Movement (illustrated top), which used the proceeds from its merchandising operations to fund a wide range of political activities, as well as supporting Labour MPs in parliament (in the days before they were paid a living wage).

Although not exactly commercial organisations (when they were formed, although they have become so now), the trades unions were also a major source of political funds, while many political groupings and movements developed commercial arms (such as publishing newspapers and books), in order to fund their political activities. The Daily Worker and the Left Book Club are examples.

Interestingly, it has been the Left which has been at the forefront in creating inventive funding solutions. This may be because the political activism starts with the grassroots, and cannot rely on wealthy backers. It seems sensible that we should do the same, and copy the best of what went before.