EU politics: the globalisation of regulation 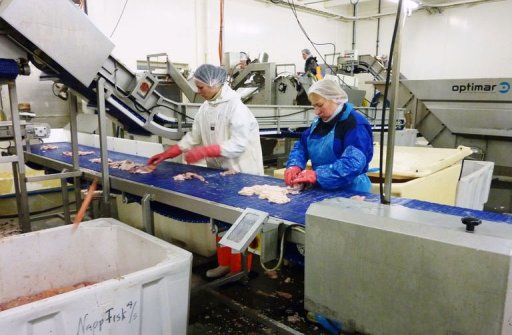 I am probably not alone in getting a little bit bored with way EU debate is shaping up – or not. We're getting bogged down in circular arguments and talking heads spreading fear, uncertainty and doubt. There's very little coming out of the legacy media or the usual culprits that is new or interesting, or which adds to the sum of our knowledge.

Even (or especially) Roger Helmer, in dissing Fresh Start, is drawn to recommend a paper by Ruth Lea and Brian Binley for Global Vision, entitled: "Britain and Europe: a new relationship". And there, on page 17 where the EEA is discussed, we see this:

The EEA Agreement is revised frequently reflecting changes in EU legislation to maintain the "principle of homogeneity" of the EEA. The EEA/EFTA member states are given the opportunity to influence the shaping of EU EEA-relevant legislation, but they have little influence on the final EU decisions. They can neither sit nor vote in the major EU legislative institutions. They therefore have to agree to incorporate into the EEA Agreement what has ultimately been decided, if not necessarily shaped, by others. This state of affairs is sometimes referred to as "fax democracy".

This is a straight cut-and-paste job from an EFTA "fact sheet", taken wholly uncritically. It ignores the fact that there is a huge propaganda campaign going on to downplay the advantages of the EFTA/EEA agreement, by officials and politicians who are keen to see Norway (and Iceland) join the European Union.

To counter this propaganda, I have been for the last few days working flat out on a report which I hope to publish shortly, under the working title of "The Norway Option". In this, I address some of the myths and misunderstandings surrounding the issue.

The main problem, I argue, is that commentators (like Ruth Lea and Brian Binley) are only looking at part of the picture, not realising that the visible, formal part of the law-making process managed by the European institutions is a tiny part of the whole.

This is a point I have already made, also offering many examples of how, in a global trading environment, regulation is being globalised as well as trade. And it is at global level that influence must be exerted in order to shape the legislative agenda. "Little Europe" is far to small and isolated to be able to set the agenda.

As I have been trawling through the examples, though, I have come up with what must be a perfect example of how this works in practice, looking at that vitally important but little-known organisation, Codex Alimentarius.

Just to put this organisation in context, I wrote earlier of rule formulation, that matters relating to trade in agricultural products, and in particular barriers to trade, are handled by the UN Food and Agriculture Organisation (FAO). At a global level, this organisation takes the lead on agriculture, forestry, fisheries and rural development, feeding in to WTO negotiations.

Most of the work, though, is not done directly by the FAO, but by three subsidiary bodies, the International Plant Protection Convention (IPPC), the Office International des Epizooties (OIE) and Codex. These, it turns out, are known as the "three sisters" of international standard setting organisations recognised by the World Trade Organisation (WTO) "Sanitary and Phytosanitary (SPS) Agreement".

The SPS Agreement, virtually unknown outside the domain of trade specialists. Is a vitally important part of the WTO settlement, a wide-ranging agreement which allows that:

... no Member should be prevented from adopting or enforcing measures necessary to protect human, animal or plant life or health, subject to the requirement that these measures are not applied in a manner which would constitute a means of arbitrary or unjustifiable discrimination between Members where the same conditions prevail or a disguised restriction on international trade.

This places Codex as a vital standard-setting organisation at a global level, and it is this organisation that dictates the detailed rules on food composition, additives, treatment, processing, hygiene and much else besides.

Because of the pivotal importance of this organisation to world trade, all 27 EU Member States are members of the governing Commission. But so is the EU. As the European Community it joined in 2003 and, since the entry into force of the Lisbon Treaty on 1 December 2009, the EU became the nominal body, taking over the membership.

With the accession of the EU, though, competence on many of the subject areas is now shared with EU countries depending on the level of harmonisation of the respective legislation. In some crucial areas, the Member States have ceded complete authority to the EU, allowing it exclusive "competence".

Thus, the UK, with massive interests in the food industry, where it needs to retain control over food standards, no longer gets a vote on key committees. The EU votes on behalf of the member states, working to a "common position" agreed beforehand, on the basis of EU position papers.

Now compare this situation with that of Norway. Fish and fishery products comprise its third largest export sector, accounting for €5.6 billion exports in 2009. With a diversified ocean-going and coastal fleet of approximately 6,800 vessels, the industry as a whole employs between 30,000 and 40,000 people.

As regards food standards and related matters, therefore, it is very much in the Norwegian national interest to take an active part in Codex affairs, whenever fisheries sector matters are dealt with.

Here, fortune smiles on Norway. Not only is this country an independent member of the organisation, but, it hosts the all-important Fish and Fisheries Products Committee. Thus, it is the lead nation globally in an area of significant economic importance to itself.
When it comes to trade in fish and fishery product, Norway is able to guide, if not control, the agenda on standards and other matters. The EU then reacts, turning the Codex standards into Community law, which then applies to EEA countries, including Norway.  But it is Norway, not the EU, which calls the shots.

In all respects, Norway has greater say in Codex Alimentarius affairs than does a UK which is isolated in "little Europe". Yet Norway is supposed to be the country that is subjected to "fax diplomacy" and has "no influence" over EU law. It must simply adopt all the Single Market laws coming out of Brussels – or so we are told.

Fortunately, though, we now know different.