EU politics: an escape from reality 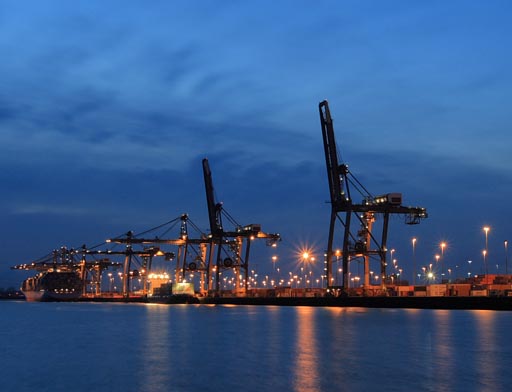 Over the Christmas period, I've started writing a pamphlet on the famous exit plan – a guide to leaving the EU. And, although it's early days yet, I cannot find any other way of starting but to suggest that the UK invokes Article 50.
Looking back at 1961 and the first formal negotiations for entry to the European communities has been helpful, as the Government had then concluded that it could not expect the Six to change the treaties to accommodate the UK.

Again in 1969, when formal negotiations were recommenced, the same ethos applied, whence our chief negotiator, Con O'Neill, spoke of us having to "swallow it whole and swallow it now" – the starting point being that we accepted the treaties unchanged, and the whole of the acquis.

Yet again in 1975, when Harold Wilson sought a "renegotiation", upon which the entire membership of the UK seemed to depend, the "colleagues" were not prepared to countenance changing the treaties, even if the result of not so doing could have been the withdrawal of the UK.
Forty years into our membership of what is now the European Union, nothing has changed. The whole sweep of history is against the idea that there can be any treaty change at the behest of the UK. It has never happened in the past, and it is not set to happen now.

Furthermore, with the "colleagues" looking to strengthen integration through additions to the treaties, it is inconceivable that they would be prepared to take time out to engage in the detailed negotiations required to satisfy the UK's requirements, more so when a perfectly adequate mechanism is available through Article 50, which could give the UK everything it needs.

It remains perplexing, therefore, that the likes of Hannan pathetically tout their renegotiation mantra, currently telling us that: "If we can't do a deal with Europe, leaving it should hold no terrors".

The point, of course, is that in order to reach a deal with his "Europe", we have to commit to leave the European Union. This is a point that has to be stated again and again, until it starts to lodge – as indeed it must eventually.

But the equally significant point is that, until we have gone through the negotiation process and satisfactorily concluded a new deal with the EU, leaving is not a sensible proposition. Without a deal, it should hold considerable "terrors" and is not something which can be countenanced.

Here, I am getting tired of repeating myself, and get more than a little dispirited at having to swim against the tide, fighting not only the ignorance and prejudice of the europhiles, but the stupidity and equally profound ignorance of our own side.

However, once again it must be said that, if we were to leave the EU unilaterally, the day after our exit, imports into the EU from the UK would come to a grinding halt.

On this, it is all very well saying that EU member states would not bar British imports, because they export to us greater amounts. But this is not a choice EU member states are able to make. As EU members, they must obey EU law.

As the law stands, the UK is part of the Single Market. Outwith the EU and the EEA, however, the UK becomes, as far as EU law is concerned, a "third country". And imports from third countries must to subject to a raft of inspections, documentation and physical checks at member state ports (including airports) before they are allowed entry.

Furthermore, these checks must be carried out at approved "Border Inspection Posts" (BIPs) at specially designated ports, which - for different purposes - must be approved by Commission Regulation. Should we leave the EU, there would be no such ports designated in the UK, and no BIPs on the Continent authorised (or able) to deal with goods from the UK.

It has been said in this context (by people who should know better) that the EU member states could simply ignore the rules, or that the EU itself would very quickly come to an arrangement to allow UK goods to enter - simply to protect its own trade. But that is not the case. The EU and its member states are bound by their own rules, and must go through the procedures before the requisite BIP network could be established.

For want of that, any commercial firm, other member state, or even another third country exporter, could take member states or the EU Commission to the ECJ, with potential fines running into the billions.  More importantly, for the Commission to ignore the rules would threaten the very fundamentals of the Single Market. And that could not happen.

Thus, we would be left with the prospect of reduced trade until we had negotiated a new deal, or we would have to assume a "third country" status.
And such are the complexities of the border inspection system that, with the best will in the world, it would take years for the UK properly to be accommodated, during which time our exports to the EU would be bound to suffer. There is no way around this. Before leaving, we must negotiate a deal which secures us access to the Single Market on favourable terms.

Within the corridors of power, there will be Civil Servants who know this, and their counsel will reach the high and mighty – who will be fully briefed on what they can and cannot do.

But when it comes to Hannan, Jenkins, Farage and the like, these people have no knowledge of the real world, and have no capability to find out. Simply, as we observed earlier, they do not do detail.

On the other hand, one might have though that they could be told - that they could learn from others. But I have talked to these people and their like. Start on the detail and their eyes glaze over, the shutters come down and their brains disengage. You simply cannot get through to them. They are ignorant because they want to be - they revel in their ignorance. They are proud of it.

In their own estimation, these people are too "clever" and far too grand to deal with the nuts and bolts of reality. The detail can be left to the "techies", the "plebs" and the nerds. The grand ones don't have to trouble themselves with petty-fogging detail, or soil their precious brains with such squalid matters.

Needless to say, the Continentals do cope quite well with detail, which is why their civil servants and politicians so often run rings round ours. And when it comes to the Single Market, detail really is everything. But, for the moment, it is far more rewarding for the fatuous lightweights in this debate to provide "comment fodder" than actually deal with the reality.

Sooner, rather than later though, we are going to have to deal with that reality. It is going to come as a great shock to many and some will not be able to deal with it.  Those tend to include the most voluble, but then they always did say that the empty vessels make the most noise. Sadly, if they have their way, we will be seeing a lot of empty vessels on the high seas.