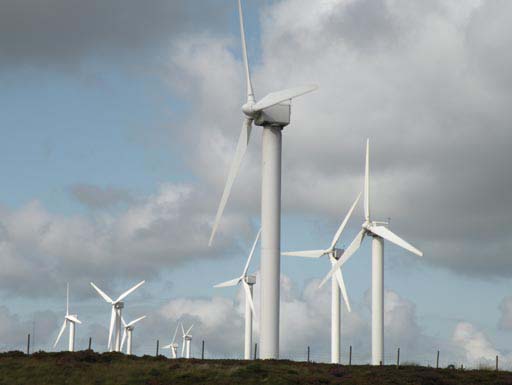 Installed EU wind capacity has reached the 100 gigawatt mark, crows the European Wind Energy Association (EWEA). That, it says, is the equivalent of power generated from 39 nuclear plants or a train of coal stretching from Buenos Aires to Brussels.
The top ten, it says, have an installed capacity of 3,218MW, delivering at an average 776MW with a load factor of about 24 percent.

I've checked out these figures and while some are roughly correct, others are rather dubious. Given that we are looking at a 24 percent load factor, 100GW capacity is going to deliver only about 24GW of average, and a new nuclear plant might deliver 1.2GW with a load factor of around 90 percent, we are actually looking at 22 plants – compared with the 50,000 high-performance 2MW wind turbines needed to deliver the same amount of power.

It is the omissions, thus, that are as interesting as the information the EWEA deems suitable for us to know. It tells us that the industry cost estimates for installing offshore are €3-4 million per megawatt, compared with around €1.2-1.4 million for onshore.

The coal figures are interesting as well. The EWEA estimated cost of coal to produce 24GW is about right - nearly €5 billion a year. But that is compared with the capital cost of the entire wind estate on the order of €400 billion, with a life per unit of about 20 years. Take coal fuel and capital costs and we are looking at about one quarter of the cost of wind.

As long as there is a level playing field, therefore, there is no way renewables are going to be competitive with fossil fuels or nuclear, which is why we also see complaints from the sector about the continued financial risk.

Sneaked in a week ago, therefore, was a detailed report addressed to the EU commission, entitled, "Creating the Internal Energy Market".  Dealing with the lack of profitability in the wind industry, it is promoting no less than a revolution in the way electricity is priced and marketed.

At its heart is the premise we saw yesterday, where it is recognised that, "in contrast to conventional power generation, which is demand driven, wind energy is mainly supply driven according to the availability of its energy source".

It took 20 years to connect the first 10GW of wind power to the grids in European countries, and another 13 years to add 90GW - with over half installed in just the last six years.

Still unable to compete, in order to get its next 100GW, and the next, conventional electricity generation is to be made vastly more expensive, while the market is to be redesigned (i.e., rigged) to fit the renewables supplier rather than the consumer.