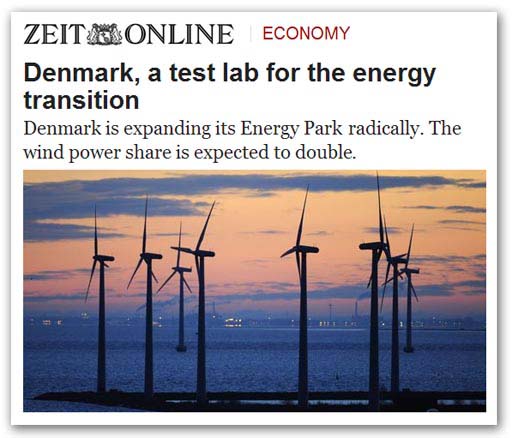 On the Danish island of Bornholm, the preparations are almost complete. In just under two months, around 2,000 households will be equipped and ready. They are to be the vanguard of the Danish energy policy, all kitted out with smart meters, their washing machines, televisions and computers fully networked, ready to be controlled by the local utility company, Oestkraft.

This is your future – or it will be if the EU has its way. And to help it on its way it is pump-priming a 4-year €21 million pilot project called EcoGrid EU, of which over €10 million comes from taxpayers of the EU member states, one of 245 EU energy projects which is soaking up €2.3 billion in tax-funding.

Under test in EcoGrid EU is a supply scenario where over 50 percent of electricity is provided by renewables – mainly wind – the volatility creating a nightmare for the technicians trying to balance the system.

The response is a "smart grid", where electricity is flexibly priced according to availability, changing at five-minute intervals. The approximately 2,000 residential consumers (of a total of 28,000 on the island) are then equipped with "smart" controllers which allows real-time prices to be presented to them, with electrical equipment pre-programmed to use electricity only when the price drops below a certain level.

By this means, we are told, customers can stack the dishwasher last thing at night, but the machine will only cycle when the price is right – perhaps at two o'clock in the morning. In theory, this enables demand and supply to be balanced.

Of course, one could do the washing-up manually, after the meal, using (shale) gas-heated water, which might give the windmills a break. That, however, would rather spoil the experiment, which also relies on householders running electric cars and using the batteries to help balance the system by soaking up electricity when demand is low.

The incentive for customers is that, having had to suffer the highest retail electricity prices in Europe, each family is now being offered "at least" €100 saving a year.

And there we have the "green paradigm" being rolled out. Shortages of essential commodities are engineered, forcing up prices artificially, which are then rationed out on price, driving down consumption to bring supply and demand back in balance.

But the greater price paid here is loss of freedom and control – and privacy. There is no guarantee of continuity of supply and the routine control of electricity use is handed over to the supplier, which is able to record what appliances are used, and when.

And, of course, when the wind does not blow, not only can individual houses be cut off, the utility suppliers can reach into those houses and switch off whole classes of appliances.

That way, our green masters avoid the embarrassment of the lights going out, but it will be only one (energy saving) bulb each, with the television allowed only to receive the party political broadcasts – and the green education. Big Brother cometh, but he is coloured green.