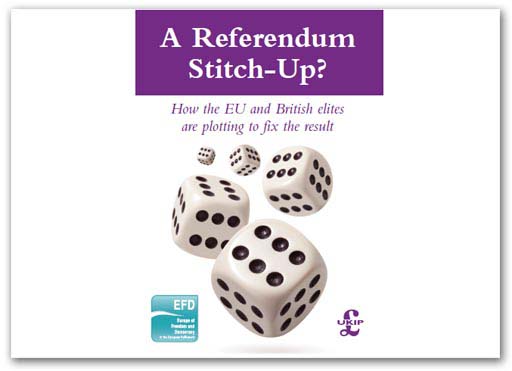 There is a joke amongst economists, Nigel Farage tells us in his "Referendum Stitch-Up" pamphlet, that a real free trade agreement can be illustrated by holding up a blank piece of paper.

That, he avers, is because if trade is genuinely free, there are no regulations to follow or tariffs to pay but business people and traders can get on without hindrance or interference in doing business and creating wealth.

Thus, in principle, we are told, "to create a single market or free trade area is incredibly easy if you know what you are doing and think it through. It merely requires an absence of restriction, most easily achieved by the progressive - or instant - dismantling and removal of all existing barriers and tariffs".

Unfortunately, a regulation-free market is neither desirable nor acceptable, and if this presented as UKIP's objective for Britain once we leave the EU, it will simply invite the hostility (and derision) of those who understand why much of the regulation at present in force must remain.

One can, or course, make a case of the removal of tariffs and also non-tariff barriers, but it is important to realise how important well-crafted regulation is to international trade.

This can be well illustrated addressing the problems of a banana importer, based in London, buying from growers everywhere in the world to supply wholesale and retail customers throughout Europe.

In the nature of things, the quality of the product will vary and with it price. It has thus long been the sensible habit of shippers to use grading schemes – a common language between buyer and seller - so that the nature of any transaction is fully understood.

This does make sense. Our putative buyer, who might decide to purchase a load from Jamaica, may wish to order Grade A bananas, sight unseen. And, as long as an agreed grading scheme is applied, he will know exactly what to expect for his money.

There could be problems, though, if he wished to buy Grade A bananas from Costa Rica and that country operated a different grading scheme. National authorities in some countries could even give their exporters a price advantage by setting more relaxed standards, while still allowing produce to be called Grade A, to the detriment of buyer and consumer.

More complications arise if different consumer countries dictate their own specific standards, thus leaving our putative importer being able to buy produce from one country which he can then sell in some countries but not others. Thus, each country having different standards - whether producer or consumer - is a recipe for chaos.

On that basis, it makes absolute sense to have international standards.for commodities which are traded internationally. And for them to work, they must be common standards that are known and recognised by buyers and sellers alike.

Such standards are not in any way a restraint on trade – quite the reverse. When properly and sensitively crafted, they facilitate trade and are seen, overall, as beneficial. As such, they are a necessary precursor to free trade. Clearly, that applies here with South African bananas.

This being the case, it is unsurprising that many commodity standards pre-date EU regulations. In fact, much of the current EU legislation for agricultural produce is based on a British model developed long before we joined the EEC. Even in the land of the free, the United States, agricultural produce for inter-state commerce was being regulated as early as 1880.

Nor is it a surprise that much regulation is actively sought after by the trade itself. Take meat safety, for instance. Few people realise that official inspection did not become compulsory in this country until 1963 yet, for decades before that, producers had voluntarily paid for inspection as a measure to improve consumer confidence in their products.

And when, in 1964, the Six in the then EEC imposed mandatory inspection of imported meat, to be carried out at the point of slaughter, the system was based on a regime developed by the British. It had been imposed in response to the Aberdeen typhoid outbreak, which had been linked to Argentinean corned beef, again to promote confidence in international trade.

The important thing, therefore, is not the absence of regulation, but the right sort of regulation – sufficient for the purpose and not too onerous – applied only where it is needed. Where the EU most often went wrong was (and is) in applying export standards to internal trade - or where grading requirements were applied, prohibiting trade in ungraded produce. 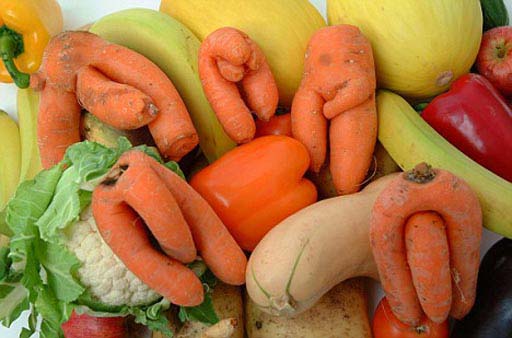 To an extent, this is being addressed, with the EU progressively relaxing standards (allowing misshapen fruit and vegetables), so some of the the issues that Farage raises in his pamphlet have less force anyway.

That aside, regulation does not only apply to goods, but also services such as air travel. Here for instance, if we look at requirements for commercial aviation, we see minimum regulations applied to the equipment required by airliners to enable them to land in reduced visibility conditions.

Knowing Farage's intimate acquaintance with aviation safety, one suspects he would not want to see such regulations removed or weakened. Would he really be happy with a blank piece of paper when it came to his flying to Strasbourg to pick up his expenses?

Thus, the real issue is that, even if reduced, a huge tranche of trade regulation will remain. It cannot be wished away. We thus have to find a way of dealing with the continuing process of adding, modifying and adapting trade regulations while outside the EU yet still trading with its member states.

In this context, to pretend that we can live without trade regulation is not helpful to the cause. We need more sophisticated arguments to carry the doubters, coming up with real world solutions that demonstrate our understanding of the realities of modern international trade. Farage's fluff simply isn't good enough.