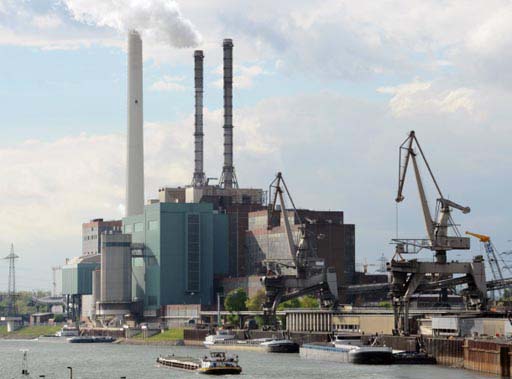 If Gummer and his greenie friends are taking a beating here over the provision of clean gas plants, what price Germany where the federal government has moved to compel electricity generators to keep their old coal-fired plants running?

As described by Handelsblatt and latterly, Frankfurter Allgemeine Zietung, this bizarre situation has arisen, in part, because of the growth of renewables provision in Germany, and its preferential status.

Astonishingly, in Germany, installed solar capacity in 2011 grew 43 percent to reach 25GW, while 2GW of capacity was added to wind, bringing total capacity to 29GW. As a result, renewables are producing record amounts of electricity and, last Friday, between one and two in the afternoon, wind and solar plants fed the German grid a total of 31.5GW.

Since the utilities are required to give preference to renewable energy, while so much electricity is being loaded into the grid, existing fossil plants are running massively under capacity. They can produce much more, but they cannot sell their power. And this means that these plants, and especially the older, less efficient plants, are no longer profitable.

There is another issue here, in that the renewables, with their base costs covered by subsidies, are able to benefit from their zero fuel cost and sell electricity into the grid at peak times, very cheaply. This is further undermining the fossil-fuel market, cutting revenue, especially in summer when power is plentiful and demand low.

Predictably, therefore, utility companies are preparing to close down these unprofitable plants – causing near panic in government circles. Already, in response to the Fukushima disaster in March 2011, 8.3GW of nuclear capacity has been removed, which means that, over the winter period, when solar does not deliver and wind can be highly unpredictable (as always), a capacity shortage could materialise if the coal plants are closed.

To head off the very real prospect of power cuts, the federal government has taken emergency action to set with suppliers voluntary agreements for them to keep their plants on-line. If this does not work, the government is considering a rapid change in the law, to require utilities to ensure security of supply.

Thus, we have the absurd position where the only way the German people may be able to keep their lights on over the winter if their government makes the use of coal-fired plants compulsory.

And since coal has now become essential to keeping the renewables industry going, with another 11GW of coal-fired capacity due to come on stream, one wonders whether we can now coal production as a "green" industry? That should solve a few problems.
COMMENT THREAD