Eurocrash: Britain on its way out 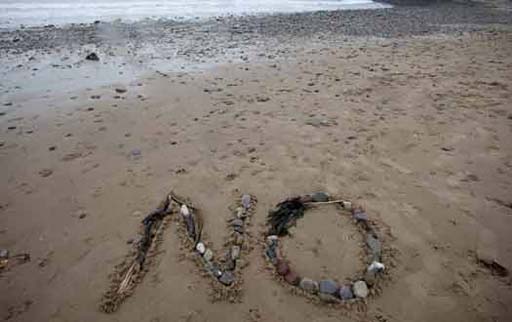 The usual suspects have, in the past few days, been writing about the possibility of an EU referendum. These include the Great d'Ancona, who argues that it has become no longer an "if" but "when".

The self-important Hannan takes a similar view and Patrick O'Flynn in the Express tells us that commentators and politicians close to the Cameron now parrot that a referendum, although not yet announced, is "inevitable" and imply that it is Mr Cameron's own idea.

If we now accept a referendum as a given, then Hannan is right to assert that the real questions are "when" and "on what terms"  although he is far from alone in saying this. Upon such issues d'Ancona and the Economist speculate mightily - even if to very little effect. Collectively, they all seem to be unaware that the "colleagues" are planning an IGC for the autumn.

This means that the timescale will much shorter than most of the Westminster policy wonks and other commentators have bargained for. Thus, Labour's preferred option of a snap referendum immediately after the general election, designed to split the Conservatives and confirm Britain's membership, is likely to be rendered nurgatory. By 2015, it will be all over.

The essential problem for the planners is that the initiative rests not with British politicians but the "colleagues". It is they who will be setting the timing and the scope of the any IGC, over which the British government will have next to no input and less influence.

The likes of Hannan still seem to be under the impression that that HMG can "hijack" any IGC and insist on the British agenda being considered. With the euro ablaze, this strategy is described by the Economist as "parking in front of the fire station", blocking treaty changes aimed at shoring up the currency unless the EU returns swathes of powers to British control.

They thus display a lack of awareness of the limitations imposed by Article 48. Tactical manoeuvring by the "colleagues" will ensure that Britain does not get a look in.  Blocking an IGC is not a realistic option.

If the "colleagues" proceed on the basis that they are currently discussing, we will end with an inner core subscribing to deeper integration, and an outer circle. Perforce, the latter will include the UK and the "in/out" question will have been resolved for us. The UK will, in effect, be "out" - whether we like it or not.

Eventually, one assumes, it will dawn on the wonks that the ground has shifted under their feet. Structural changes to the EU institutions, and the adoption of an elected president, will almost certainly trigger a UK referendum under the notorious "referendum lock", so voters will be confronted with the option of accepting a new treaty, staying on the outside, or getting out altogether.

However, what has not been properly realised is that, under Article 50, the supposed "withdrawal" option offers scope for open-ended negotiation of a relationship with the EU. "Out", therefore, could mean anything from a treaty-lite with the EU, to being more "in" than if we simply accepted membership of the outer circle.

Where that leaves a referendum is difficult to assess. One could suggest revisiting the Lisbon scenario, with a poll on whether to accept a new treaty  except that there probably would not be time before the IGC started. We would expect the government to negotiate opt-outs, without going to the country for a mandate.

This, though, gets complicated. We can easily opt-out of eurozone-specific provisions, but where do we go if the "colleagues" decide on an elected president and a new structure for the EU parliament? We can hardly reject such proposals, without opting out of the EU altogether.

On this basis, it is a new treaty that effectively triggers a referendum, but it cannot be a simple "yes/no" poll. A "no" vote would create an impossible situation, ostensibly making withdrawal a foregone conclusion. To stay "in" would require membership of the euro, which could not happen.

Deliciously, therefore, the ground has shifted so much that the europhiles are on the back foot. If they wish to maintain a relationship with the EU, their best bet is to vote to leave it by invoking Article 50. This would require the "colleagues" to negotiate with the UK, giving us the opportunity of dictating terms.

Any referendum, in this context, could rightly put only two questions to the electorate: a choice between full integration, with the acceptance of the new treaty, or "renegotiation", on the understanding that the latter would invoke Article 50.

That would also leave the way, two or more years further down the line, for another referendum  which would come after the next general election  on whether to accept the new terms.

Whatever then transpires will be very different from the situation currently anticipated, assuming of course that the European Union survives  which is not at all certain. But, whether it does or not, the situation is already transformed.  Britain is on its way out.