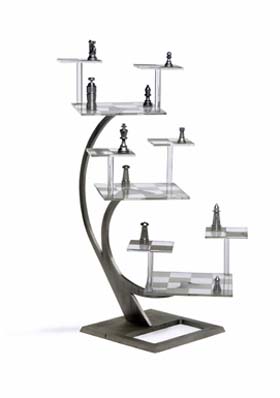 What is becoming very clearly apparent  if it was not already so  is that the eurocrisis is being played out at multiple levels. Only some of those are visible, with by no means all of the players declared.

No one is in possession of the complete facts, those who have some will not necessarily understand them, and some of what is being passed off as fact is actually disinformation  or outright lies. This is very much a case of, if you think you understand what is going on, you haven't been listening.

At the economic level, where the interface with politics lies, we have Ambrose, picking up on the latest Spanish moves. Economists, he tells us, have begun to doubt whether the EU bail-out machinery can raise such large sums funds at viable cost on global capital markets, a premise which thus supports the headline: "Spain too big for rescue fund as China recoils".

The China involvement is one part of a complex sub-plot which has been grumbling around for some time. The People's Republic needs the Europeans as outlets for its manufactured goods and there had, therefore, been some hope that the Chinese would intervene to help stabilise the euro.

Ambrose, however, tells us that the country's sovereign wealth fund said it will not buy any more debt in Europe until the region takes radical steps to restore credibility. He cites Lou Jiwei, chairman of the China Investment Corporation, saying: "The risk is too big, and the return too low".

Jiwei adds: "Europe hasn't got the right policies in place. There is a risk that the euro zone may fall apart and that risk is rising", something which Ambrose has apparently lifted from the Wall Street Journal.

Nothing with China is final though, and never to be taken entirely as read. The word "inscrutable" was invented to describe the Chinese and it is not beyond the realms of possibility that, having declared an intention to one thing, the government (and the China Investment Corporation is a government-controlled agency) might turn round and do exactly the opposite.

While Ambrose is struggling to makes sense of this, the Grauniad has found out that a eurozone ministerial conference call is planned for Saturday. The "colleagues" are gathering, but their agenda we know not  especially as Spain has still not formally asked for a bailout, even if it is expected to be imminent.

With Ambrose suggesting that Spanish banks may need anything up to 450 billion over time, making it the largest rescue in the history of the world, the sheer scale of the debt may explain why Merkel is so keen to push the idea of further European integration.

With greater union it comes the promise of eurobonds and the communitisation of debt, and even the hint of Germany underwriting eurozone debts, it is felt, might be enough to stabilise the markets. If, on the other hand, this is a gigantic bluff, the market retribution could be extreme. It makes for a dangerous game.

There is no question of bluff on the part of the "quartet" though. Led by Van Rompuy, the EU players are deadly serious about using this crisis to pursue the integration agenda. Whether Merkel is quite so serious remains to be seen.

Something else which makes analysis difficult is the absence of France from the battlefield  the other half of the motor of integration. Hollande is two days away from the first round of the parliamentary elections, and is focused on domestic matters.

The French president hopes for a socialist majority but the latest report tells us that this may elude him. He may have to seek allies to form a coalition, roping in the Communists and others.

Along with the Radical Party and the ecologists, a Socialist Party bloc could then control between 271 and 334 seats, according to three polls this week from Ifop, TNS- Sofres and OpinionWay, with 289 needed for a majority in the 577-member National Assembly  making it a contest with everything at stake.

In France, EU politics do not play well at a national level. In many senses, the French are even more parochial than the most insular of Little Englanders, so Hollande is not going to risk frightening the horses by coming up with wild tales of political union and giving more powers to Brussels.

But, if France is quiet, we are also hearing very little of other players. The Dutch might be expected to have very strong views about further integration, and their veto has the same power as any other member state. And this country might also be looking at a referendum, so nothing is going to happen unless Holland is in the big tent.

Austria is a significant player, Ireland might be looking down the nose of another referendum, and the others of the PIIGS  Portugal and Italy  might also find their fractious populations are less than wildly enthusiastic about joining a full-blown United States of Europe.

Nor indeed is it just the people who must be taken into account. A report recently indicated that an estimated third of banks in Europe are rated by credit agencies above their standalone strength, benefiting from sovereign support. These would be at risk of being downgraded if the support was removed or the assumptions around the high level of support available were to change.

All of this is complex enough, but made still more difficult by the shoddy reporting in the English media. Determined to turn the issue into a soap opera, the Daily Wail, for instance, is creating a biff-bam "collision course" scenario over the creation of a "superstate".

This tiresome trivialisation is a further element to the three-dimensional chess game. One has to deal not only with events, but with the way they are reported, the reports themselves creating their own reality as people prefer them to the real thing.

The trouble is that when the "real" reality intrudes, it will come as a dreadful shock, accompanied no doubt by squawks of "betrayal" from people who feel they have been misled.