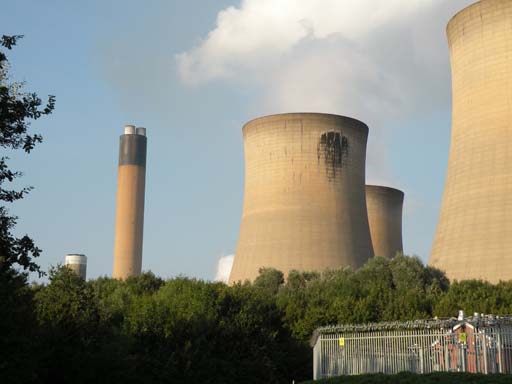 If you really want to know what the Energy Bill is all about  and not many do - go to the expert: Malcolm Keay of the Oxford Institute for Energy Studies.
He calls it "death by a thousand regulations", referring to an earlier comment by the Institute. It forecast that the liberalised UK electricity industry was likely to die not with a bang (renationalisation) but with a whimper, suffocated by an increasingly complex network of regulation. We seem already to have reached that point, says Keay.

You can read the detail in the new comment, a mere five pages, but the irony does not take anything like as much space. Suffice to say that a government which is supposedly committed to "reducing regulatory burdens" is in the process of destroying one of the most important industries we have  by a surfeit of regulation.

The point of the Energy Bill, one would assume, is to provide energy  or, at least, to create the legislative framework which will enable the market to provide the necessary energy  specifically, in this case, our electricity.

The government itself tells us that the UK is at a critical juncture in the way it generates electricity. Around a fifth of existing capacity is expected to close over the next decade. At the same time, demand for electricity is expected to double from its current level by 2050, particularly with the expected electrification of heating and transport.

Set against this backdrop, the government says, it is imperative that the right mechanisms are in place to attract the £110 billion investment that is needed to ensure that the UK can meet its requirements for secure and flexible supplies of electricity at affordable prices.

And this is where the magical miracle comes in. The "reforms", it tells us  for that is what the Bill is claimed to herald: "will ensure that low-carbon generation is sufficiently incentivised to ensure new plants are built, which will be crucial if the UK is to meet its obligations to reduce carbon emissions and increase the use of renewables.

Therein lie the inherent contradictions: the government wants new plants to be built, it wants electricity at "affordable prices" and it wants "to meet its obligations to reduce carbon emissions and increase the use of renewables".

This it simply can't achieve, unless you believe in fairy tales  you have to perm any two from three, which will work fine as long as you scratch "affordable"  unless, of course, you are a multi-millionaire like most of the coalition cabinet. Then, I guess, the electricity that is going to come out of this plan will be "affordable". Just try not to get old and live off a state pension.

Anyhow, in order not to achieve the impossible, we are going to get Contracts for Differences (CfDs), the Capacity Market and so-called Investment Instruments. These are intended to prevent delays in investment as the other measures are being developed.

Picking up the story is Malcolm Keay, who finds noteworthy the words "contract" and "market", mainly because all they are so evidently misused. Their effect is to give power for the Secretary of State to make regulations by means of which obligations would be imposed on electricity generators and all suppliers.

In other words, says Keay, what will underpin both decarbonisation and security of supply in the future electricity industry will not be a market or private contracts but a complex set of government regulations.

And guess what? Keay find this an ironic outcome for a process originally described as one of "deregulation". But then, we are dealing with the Orwellian inversion here. Peace means war; truth means lies, and "deregulation" means more regulation.

Keay thinks it's deliberate. He's probably right. The government believes that the risks of investment (and along with them required rates of return) would otherwise be too high to be acceptable to investors and consumers. Thus the regulated approach is designed to reduce risks and costs. But it also entails a massive and unprecedented degree of centralisation and detailed decision-making by the government.

Helpfully, Keay provides us with a "way forward". Actually, it isn't. He's being ironic. The publication of the Bill, when it comes, it not likely to answer many key questions; nor is it likely to reduce controversy. Nor indeed is it likely to produce any electricity, or help the process on its way.

Perhaps, says Keay, the greatest uncertainty is about the costs and benefits of the whole exercise. And at that point, we really have all we need to know. The government is guessing. If you want to know how much it costs, you can't afford it  unless you are a multi-millionaire cabinet minister, of course.

Even The Independent isn't happy, noting that the Bill will not, in the medium-term, do much to reduce the UK's unhappy reliance on imported gas and the volatile international gas markets. But, despite its love for renewables, it is opting for nuclear. There is no alternative to rapidly moving ahead with plans for new nuclear power stations, it says.

That opens the way for The Guardian, which retails warnings from consumer groups and green campaigners that the "reforms" would raise energy bills and penalise renewable energy while boosting nuclear power.

I suppose, after this, what we really need is a Get Rich Quick Bill that turns us all into multi-millionaire cabinet ministers. That alone will achieve what the Energy Bill cannot do  make our electricity "affordable".