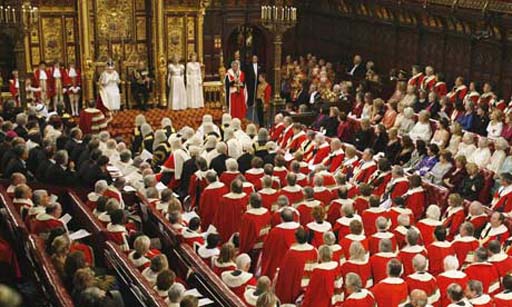 Today, we have the Queen's speech in the Westminster parliament, when the programme for the next term is to be set out. Whether by accident or design (a coincidence also noted by The Boiling Frog, it is also Europe Day, celebrated especially in Brussels as the anniversary of the Schuman declaration in May 1950, which is taken to be the birth of the European Union.

Westminster, you will be pleased to learn, is offering an agenda for the entire term which, has as its key issues: "new flexible working rules, swifter support for disabled children and an overhaul of the adoption system".

Compare and contrast the apparent energy and dynamism of the Brussels parliament. The agenda for just this week covers mobile roaming charges, measures to improve airports, piracy, how to support the Arab Spring countries, and a resolution calling for clearer rules to protect journalists accused of defamation.

In addition, we are told that EP president Martin Schulz will today unveil his vision for the EU's future, to coincide with Europe Day. The EU Parliament will also vote on 43 reports concerning the 2010 accounts of EU institutions and agencies as part of the EU's annual approval procedure.

Thus we have the Queen, sitting in the House of Lords, in the midst of a pastiche representing centuries of tradition, offering "her" government's vision for the treatment of disabled children. And, at almost exactly the same time, the EU parliament kicks off a debate on the entire future of Europe, while Brussels celebrates a Festival of Europe.
The comparisons are invidious, and there is a strong element of comparing chalk with cheese. But they are there to be made, and they are not entirely without meaning.