Return of the Judas goat 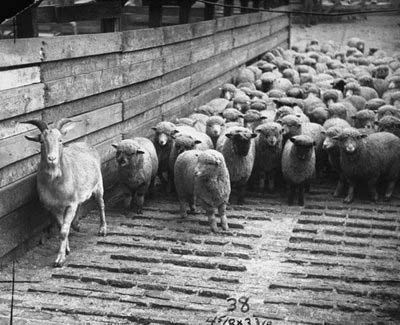 The latest YouGov poll has my party on 32 per cent, and UKIP on 9 per cent. Together, that’s a Conservative government; separately, it’s a Labour government. It’s true, of course, that not every UKIP voter is a former Tory. Then again, the relevant question is not ‘how did they vote before?’ but ‘if UKIP didn’t exist, how would they vote today?’ It seems not unreasonable to assume that the majority would support the most convincingly Eurosceptic party on offer. (which is? ed.)

So let’s ask the question. Are there any circumstances in which UKIP and the Conservatives might combine? UKIP leaders keep saying that they’d gladly fold themselves into the Conservative Party if it became our policy to leave the EU, but such an eventuality seems unlikely, at least in the short term. It’s true that most Conservative voters would withdraw from the EU tomorrow. So would most party members. And so, I suspect, would most Tory MPs in a secret ballot. That, though, is not party policy.

Fair enough. David Cameron made his views perfectly clear when he sought the leadership...

This being Daniel "I voted for David Cameron, and would do so again" Hannan.