The politicians just don't get it 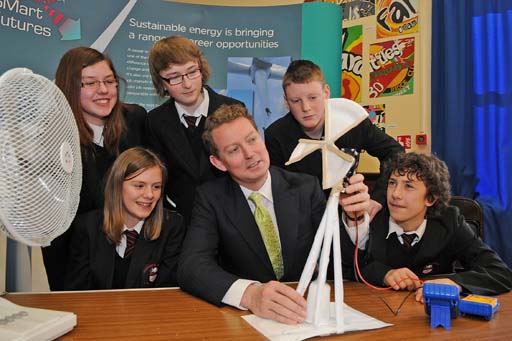 The energy minister Greg Barker has been very much in the news over the last few days, not least for his attack on UKIP, lashing out at their "swivel-eyed" rhetoric.
However, not only has this not been a winning tactic in the past, coming from this "uber-modernising Cameroon lieutenant"it simply serves as confirmation that the Tory establishment is getting seriously rattled by the UKIP threat.

Barker himself is doing the best he can to lose the Tory vote in the shires, with his push-me, pull-you policy on bird choppers, telling us all that there will be no more of these hated machines built onshore … except for the thousands that have already been approved and are in the pipeline.

And it is by no means the effete south that is up in arms, and indeed it is not only Barker amongst politicians who are putting their foot in it. Ooop 'ere in the grim North, we have Bradford council approving an application to build a 200ft wind monitoring mast, which is expected to pave the way for a "devastating" wind farm of four 330ft turbines on Thornton Moor, Denholme.

Councillors gave the scheme the green light despite huge opposition from campaigners and the Bronte Society, who said the structure would "deface" views across the "culturally and historically significant" moorland.

This moorland is famous for its association with the Bronte sisters, and local councillor Tony Maw, of Oxenhope Parish Council, has pointed out the potential economic damage that the planned bird choppers could cause. Regeneration of the area, including using the moors as a tourist destination, he says, is vital for the future of the area's rural economy.

This time, though, it was the turn of the other side to display the contempt the political classes have for the plebs. Said Labour councillor Imdad Hussain from Heaton – one of the more grotty parts of Bradford - "I think we have got the situation here where members of the public are against something because it is in their back gardens".

Mr Hussain's mailbag, we are told, has since been rather full of "foxtrot oscar" missives, his excretions merely underlining the sentiment that won Galloway his seat in West Bradford.

The real problem we all have, though, is that the politicians just don't seem to get it. Barker is just as much in cloud-cuckoo land as the contemptible Mr Hussain, and just about as wildly off the mark if he thinks his utterances are going to have a positive effect on the electorate.

The man may fool the kiddies (above), but he's going to have a harder job with the rest of us.