Of democrats and autocrats 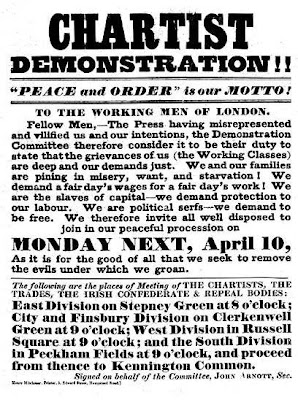 It seems to have been a long journey since we started this blog – and I still write "we", even though my erstwhile co-editor has departed to her own blog. Writing here is very much a team effort, with much of the content guided and informed by the forum and the torrent of e-mail and Skype messages I get each day – to say nothing of the long and valuable telephone calls and the face-to-face political discussions in the local hostelries.

That it has been (and continues to be) a journey implies a beginning and an end, with a specific destination. At the outset, that destination seemed obvious – a United Kingdom free from the malign grip of the European Union. But that is no longer the case. It has become merely a way-station in a much longer journey.

The change of destination, I hope, explains what might otherwise appear to be an amount of incoherence on this blog. The change has not come easily or quickly, and we have spent many years realising that the EU is not the problem, or even part of the problem. The EU is merely the symptom of a much larger problem which starts and ends in the minds of people, and those who would wish to rule us.

But if the EU is just a symptom, identifying the problem has not been that easy, and I am still not sure we are there, with the completeness of understanding that we would prefer. There is, though, enough to set out some observations, which seem to make some sense.

Here, I rely on my own potted version of history, which I have sought to articulate in pieces such as this and this, all pointing to how we are seeing a re-alignment of politics. The line which once marked the division between left and right has now rotated ninety degrees. We are no longer left or right, but above the line or below it.

With that, the journey becomes more of a process, a task – ultimately to remove that line, or to re-align it, so that there are more egalitarian divisions in society. Such divisions as there are should be between ideas, rather than determined by status, position and wealth, with the dominance of a permanent ruling class perched over us.

Thus, my political world is divided not by left and right but by "above the line" and below it. And, in many senses – from my position firmly "below the line" – that is how I see the world. That is how I distinguish friends and allies from political foes.

Some of my readers express puzzlement as to why I attack people who would appear to be our allies - the egregious Daniel Hannan, for instance. As a self-professed "eurosceptic", he would seem to qualify as our ally in a common cause. However, I see him and many like him as "above the liners". For sure, Hannan would replace the autocracy of the EU – but with an autocracy of his own. He is, therefore, no friend of the people.

But what about "The Plan"? Thus do you ask about the famous offering from the Hannan and Carswell stable, which would bring us a new dawn of enlightenment, peace and prosperity? Except that it would do no such thing.

Like many of their ilk, this pair have stopped thinking. These are clever people so it is not that they are incapable of so doing. It is just that they have stopped doing it. Thus, they wrongly believe that "democracy" is a matter of having more and more tiers of elected officials – from tea ladies to mayors and police commissioners.

By this means, these people have lost sight of the essence of democracy – which is power to the people. Electing officials without having power over them is not democracy. It is simply an elective dictatorship. Turning this round, if we have power over our officials, it often becomes irrelevant whether they are elected or not. Elections are not a necessary condition for democracy and, even if they were desirable, they are certainly not sufficient.

As a very small example, you have to ask whether our representatives would be any better or any worse if they were appointed by a randomly selected jury who interviewed prospective candidates and chose them on the basis of merit. Or would our parliament be any the worse if our MPs were picked at random by computer?

On the other hand, it was "democratically elected" MPs who took us into the Common Market, and "democratically elected" MPs keep us in the EU. If we, the people, forced them to pull the UK out, by marching on Westminster, ransacking the parliament and putting to the sword the denizens - that would not conform with most people's idea of an election. But it would be democracy.

So it is that my pursuit of a more egalitarian and democratic society rests on the pursuit of power – for the people. I do not hold with the premise dear to the heart of the "above the liners" that the people cannot be trusted – and that we must elect only the pre-selected few to guide us to the path of righteousness and enlightenment. Nor do I accept that more elected officials is any answer.

In particular, I have far greater trust in the sense of the people than I do in the good faith of the ruling élites. My fundamental premise is that, in a society where people truly have power, they will grow into their responsibilities and use their power wisely. Even if they do not always do so, they can do no worse than our élites, who periodically "guide" us to war, famine and disaster, all in the name of peace and stability.

Democracy, therefore, is the destination. We seek democracy, in its true sense, not the pastiche that masquerades as such.

That then leaves us with the minor problem of how to achieve this desirable state but, here, we are beginning to formulate some principles of our own. Firstly, we take at as a given that the EU has reached it point of no return. The battle is not yet won, but the collapse of the "project" is now inevitable. In fact, it always was inevitable, as we wrote in The Great Deception in 2003. It is just that it is more obvious now.

Secondly, the collapse will make no great difference to us. Given our current governmental structure, our unaccountable ruling élite is quite capable of making a mess unaided. It does not need the EU. As we said, the EU is a symptom not the cause.

Thus, the real battle lines are over the shape of a post-EU United Kingdom. But we can't really talk about "restoring" democracy. In truth, we've never really had it. We need to take the next step towards the goal of achieving it, there having been no real developments since the Chartists took us towards universal suffrage.

As a result, the third principle we come to is the famous Tip O'Neill aphorism, that all politics is local. For democracy to work it must, in the first instance, be exerted locally. And here, we have a real problem. Not only did Heath destroy central government by taking us into the Common Market, he destroyed local government with the Walker "reforms" and the 1973 local government reorganisation.

Even before then, we had a top-down government, weak councils and excessive power at the centre. Over the years since 1973, this has got worse, with the accountability made even more fragile by the introduction of cabinet government, and the Bains Report dictum of all-powerful chief officers and delegated powers.

Thus, to bring democracy, we must address it first at a local level, altering the balance of power between local and central government. That is not "localism" - it is democracy. Democracy is local, first and foremost. Thus, it is a necessary part and parcel of a democratic state than we have a vibrant democracy at the lowest tiers of government.

It goes without saying, though, that it is not safe to give local councils more power until we have more power over those councils. And that means money. We must control the purse strings … the essence of the Referism concept. As long as we have "masters" who decide year-on-year how much we must pay them, and our choice is only how we pay them, there can be no democracy.

There lies the battleground – in my view. We perhaps need to be more formal, in setting out our lists of demands, as did the Chartists. And then we set out to make ourselves ungovernable until our demands are met.

Free people do not have rulers. Their governments are servants. We, in this benighted country of ours, have rulers – the "above the line" autocrats – in our town halls, in Whitehall and in Brussels. We will not be free until we clear out the lot of them and take control. Getting rid of Brussels is only a start, and by no means enough.

Autonomous Mind says it superbly. We must re-draw the line. Only then can we continue the march our forefathers started - towards real democracy.