A howl of rage 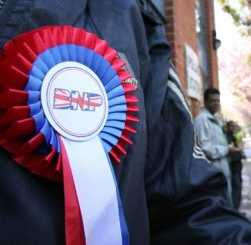 We could not be bothered to do a forensic analysis of the G20 summit. We said it was soap opera and that indeed it was.

However, Burning our money has done a dissection, confirming that which we knew from past experience and intuition. Yet there were over 2,000 hacks covering the summit – including a phalanx of fashion editors – most simply lapping it up, filling the pages and the airwaves with their meaningless garbage.

The real agenda, of course, is global governance, an aspect of which Ambrose highlights. But we are not supposed to talk about that – only conspiracy theory nutters talk about that, while the rest of the media claque sleeps, and the politicos work out their next tranche of taxpayer-funded expenses.

"Conspiracy theorists will love it," writes Ambrose. But it ain't theory - it's happening in front of our very eyes, in broad daylight. The genius is that, by lumping critics in with 9/11 deniers and all the rest, the global governance crowd do not even need to hide their agenda. No one is going to blow the whistle … especially as Brown and the rest of his ghastly mob are part of it.

From Jeff Randall, however, we get a howl of rage. Pretty strong stuff for an op-ed in The Telegraph when you see the words, "Now we are angry; really bloody angry."

"Long after the G20 circus has left the capital and the mess has been cleaned up, there will remain, right across the country, a festering resentment with disgracefully few legitimate outlets for redress. It is the product of frustration, exploitation and a mounting sense of betrayal," Randall writes.

The trouble is that you cannot sustain anger. That is heat of the moment stuff, so the real driver is "festering resentment". That best describes my mood – and it accurately describes the mood of the country. We, Middle England and beyond, are heartily sick – beyond sick – of the prattling claque, the whole damn lot of them, and their fellow-travellers.

And Randall is right. "There are disgracefully few legitimate outlets for redress". Most of the standard outlets – including the media – have been soaked up, distorted and harnessed as lighting conductors servicing the claque, rather than any genuine means of making things better.

The one thing left to us – and then only a pale shadow of what it was, once the postal vote scam was introduced – is the ballot box. And people are using it.

Last night there was a council by-election in the Temple Newsam ward of Leeds MDC. Tom Redmond, the BNP's candidate took second place from Labour in a keenly contested marginal where the three main parties were all predicting victory. In line with previous results, the party polled over 20 percent, this time coming in with 23.6 percent.

That is news, real news, which is why you will not find it in the newspapers or hear about it on the BBC – or see it if you are stupid enough to waste your time watching BBC television. (Where I used to watch the evening news, I now watch Homer Simpson.)

Make no bones about it. Despite the silence, the political claque is shit scared. They have all done their private polls and they know that the BNP is on a roll.

The 20 percent plus vote is firm, right across the country – with a few dead spots – and BNP are routinely thrashing UKIP, consigning it to the dustbin of history. Currently, the estimates are that the BNP will take between ten and twelve seats at the euro elections, and they will take votes from all three main parties – plus UKIP.

The politicos also know that this is not a vote for the BNP. It is an anti-politician vote, reflecting that the major Westminster parties – all of them – no longer offer any real choice, or any choice at all. And that is what scares them. The votes are coming not just from Labour but from across the board – the Tories and Lib-Dems are just as much threatened as Labour.

This is the real reason why we're getting Jury Team and NO2EU, and why we're seeing last-minute attempts by the political fellow-travellers to talk up UKIP. Vote for us or you get BNP is the hidden message of these groupuscules.

The silence of the politicos about BNP is testament to how scared they are running. But, because – as Randall writes - there are disgracefully few legitimate outlets for redress, people are increasingly taking advantage of the one which sends a clear message to Westminster, expressing their "festering resentment" and their contempt for a system that has betrayed them.

As for "global governance" – when people finally wake up to what is really going on, there will be more than a howl of rage. Then there really will be blood in the streets.