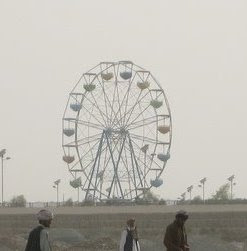 One of the more egregious stupidities, from a man given to more than average, is David Cameron's decision to ring-fence the foreign aid programme.

Better late than never, we now have Andrew Gilligan in The Daily Telegraph questioning that decision, in a piece headed: "Did Britian (sic) really need to give millions to the wealthy state of Singapore?"

Apparently, "Britain" (i.e., British taxpayers) has given Ł8.7 million in development aid to Singapore, whose gross domestic product per capita is the fourth highest in the world, and 46 percent higher than our own. And, of course, we have dolled out well over Ł1 billion in aid to India over the last three years, for that country to finance its space programme, its defence re-equipment and its own aid programme.

Even where aid is directed to an ostensibly good cause, such as Afghanistan, we see some insane spending decisions, such as the spending of Ł420,000 on a leisure park for women in Afghanistan, complete with a Ferris wheel.

If ever there was a budget that needed to be ripped apart, shredded, eviscerated and then collapsed, it is our aid budget ... and DFID with it. But that is not Cameron territory. This is the PR spiv who lives by the "feel good" gesture, and for that vanity we are to pay Ł9 billion from our hard earned incomes.

And the reason we should not rise up and slaughter him is?