The collapse of politics 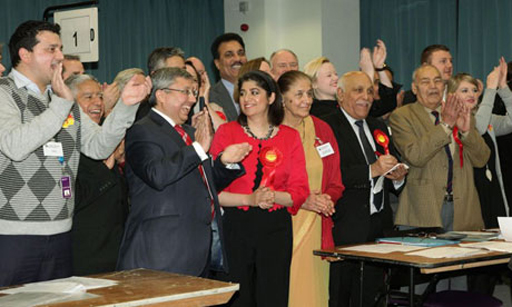 His premature death triggered a by-election, held yesterday, delivering Asian Woman activist Seema Malhotra to the House as a nominal Labour MP, with a vote of 12,639 on a turnout of 28.8 percent. She takes the seat, therefore, with a "mandate" from 15.7 percent of the electorate.

Conservative Mark Bowen challenger fared even worse. Having taken 16,516 votes during the general election, his personal vote plummeted to 6,436, down from 34 to 27.7 percent of the total vote cast ñ despite (or perhaps because of), in defiance of convention, a personal visit from David Cameron.

This was the by-election in which it was hoped that UKIP would beat the Lib-dims into third place. Yet that didn't happen. In a constituency where racial tensions are not entirely absent, and there is a strong immigrant vote, in 2010 the BNP beat UKIP to fourth place, with 1,714 votes to 992 ñ with the Lib-dims well ahead in third place, casting 6,669 votes and 13.7 percent of the votes cast.

This time, the Lib-dims gain a pathetic 5.87 percent of the vote, and a mere 1,364 votes. But they still beat UKIP to third place. Nevertheless, UKIP manages to increase its vote (the only party at the 2010 election that does), bringing in 1,276 votes on a 5.49 percent share.

UKIP admits their chances had been damaged by Cameron's "veto" in Brussels, which is said to have given the Tories a fillip in the final week of the campaign. Heaven knows what the Tory result might have been without that.

Generally though, as an exercise in "democracy", this is a joke. Even on the minimal test of having an elected representative, it is a massive fail. The vast majority of the people of Feltham and Heston were completely unmoved by the contest and took no part in it. Malhotra is "their" MP in name only, and occupies a seat in an increasingly irrelevant House of Commons that represents mainly itself.

The election, far from being a ringing endorsement of the system, represents a collapse of representative politics in this country. The political classes, of which Seema Malhotra is clearly a fully paid-up member, have nothing to do with us. They are a breed apart.