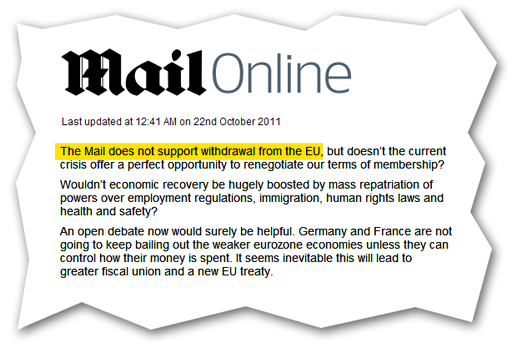 Says Simon Heffer in the Daily Mail: "For years this paper — a lone voice in the wilderness — has warned that the imposition of a one-size-fits-all currency on Europe's disparate nations would eventually lead to rioting in the streets. And so, tragically, it has proved". 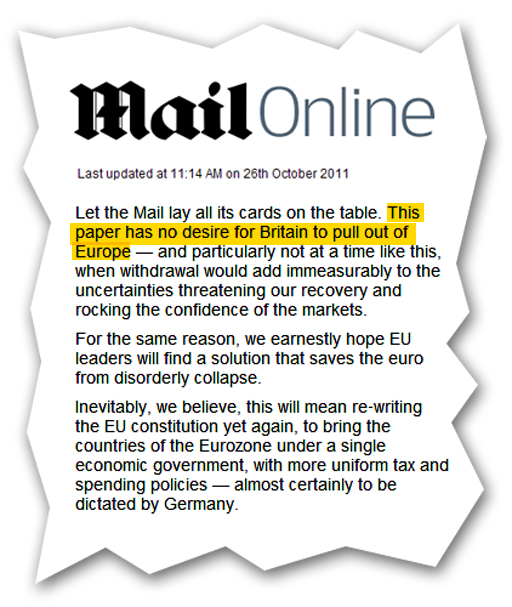 A lone voice? Yeah, right! The EU is a profoundly anti-democratic institution, says Heffer. Yet, despite this, the paper continued to support Britain's continued membership of the EU. It also endorses bringing the countries of the Eurozone "under a single economic government, with more uniform tax and spending policies — almost certainly to be dictated by Germany". 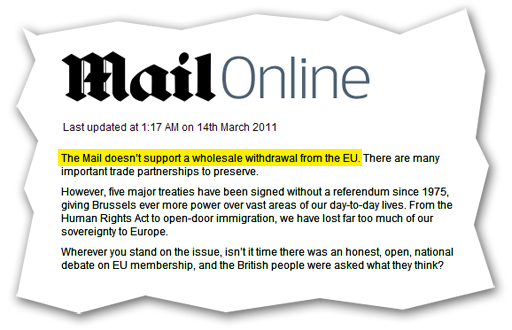